Work on the 75mm guns has begun, but I’m still not completely satisfied. The drawings from the instructions are not very conclusive, but I assume that they don’t expect any greater need for detail; but if they include parts, it should at least be clear where they go and how they look when finished: That goes for a lot of the drawings, which out of economy of space, the reverse side of many views is omitted, leaving the builder to fantasize where the parts go, even if they are different to the side shown in the (very good) drawings. Here a few pics of work in progress and one of the reference pictures I found. 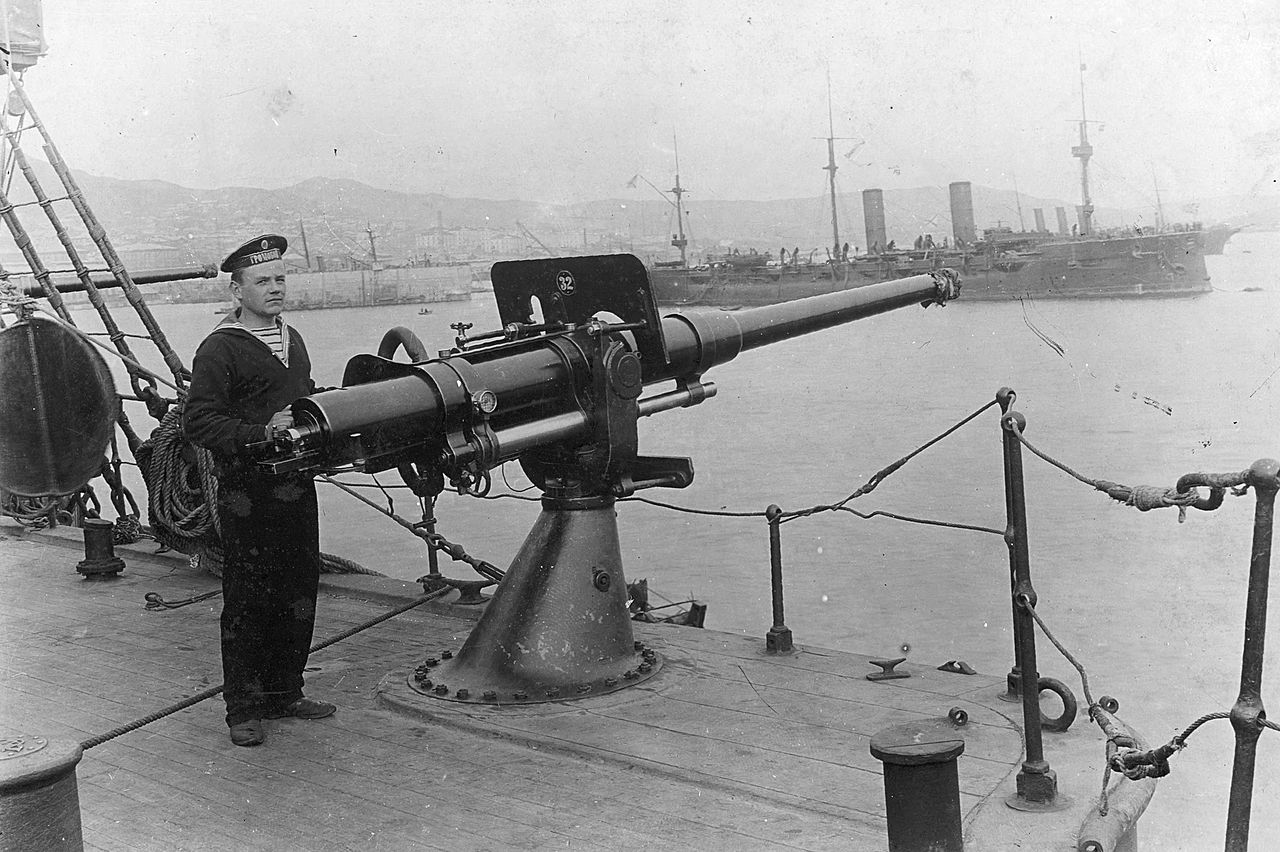 Excellent diagrams from their kit – which, however, leave a few questions: 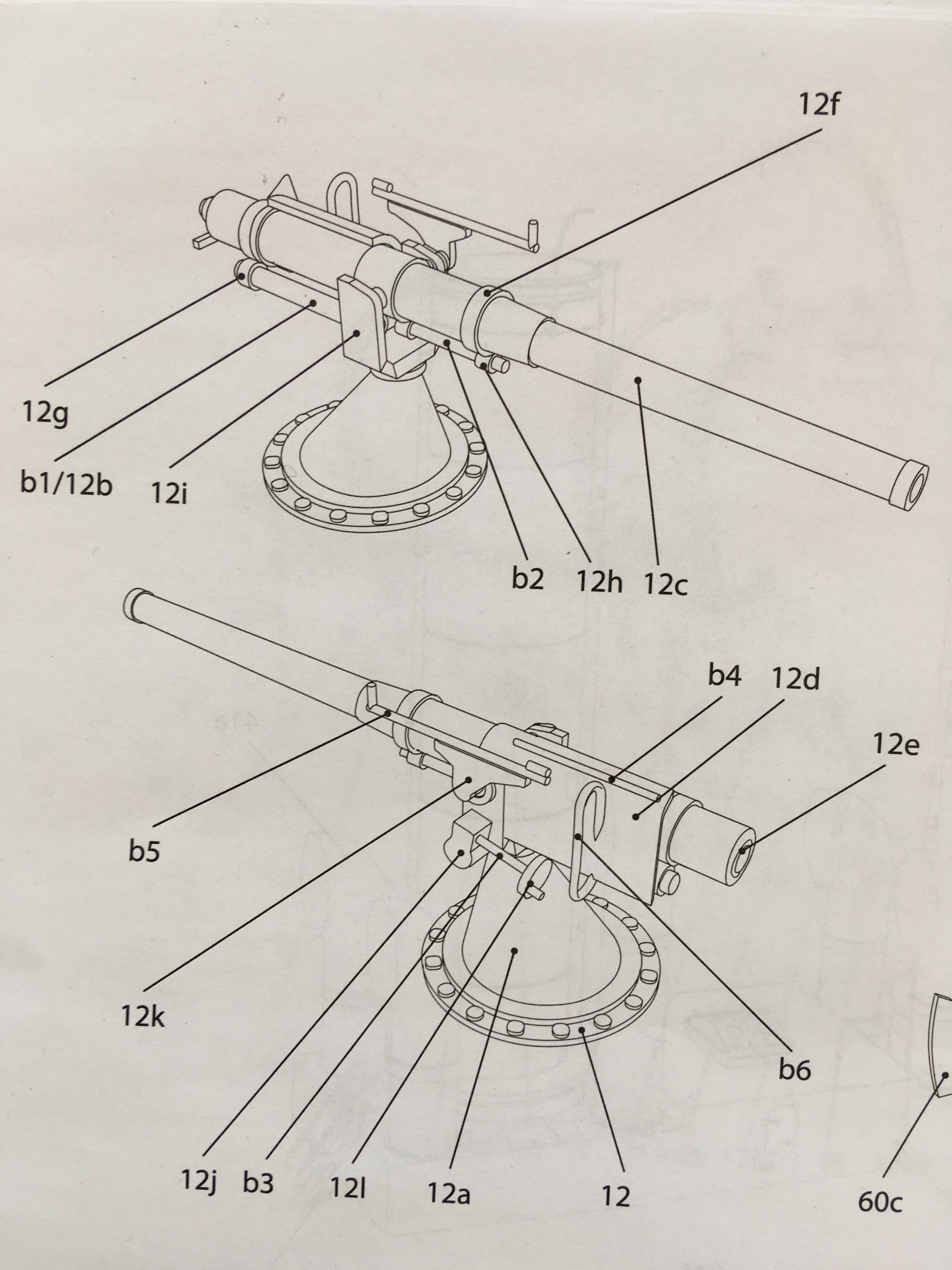 My first efforts at the 75mm at huge magnification: 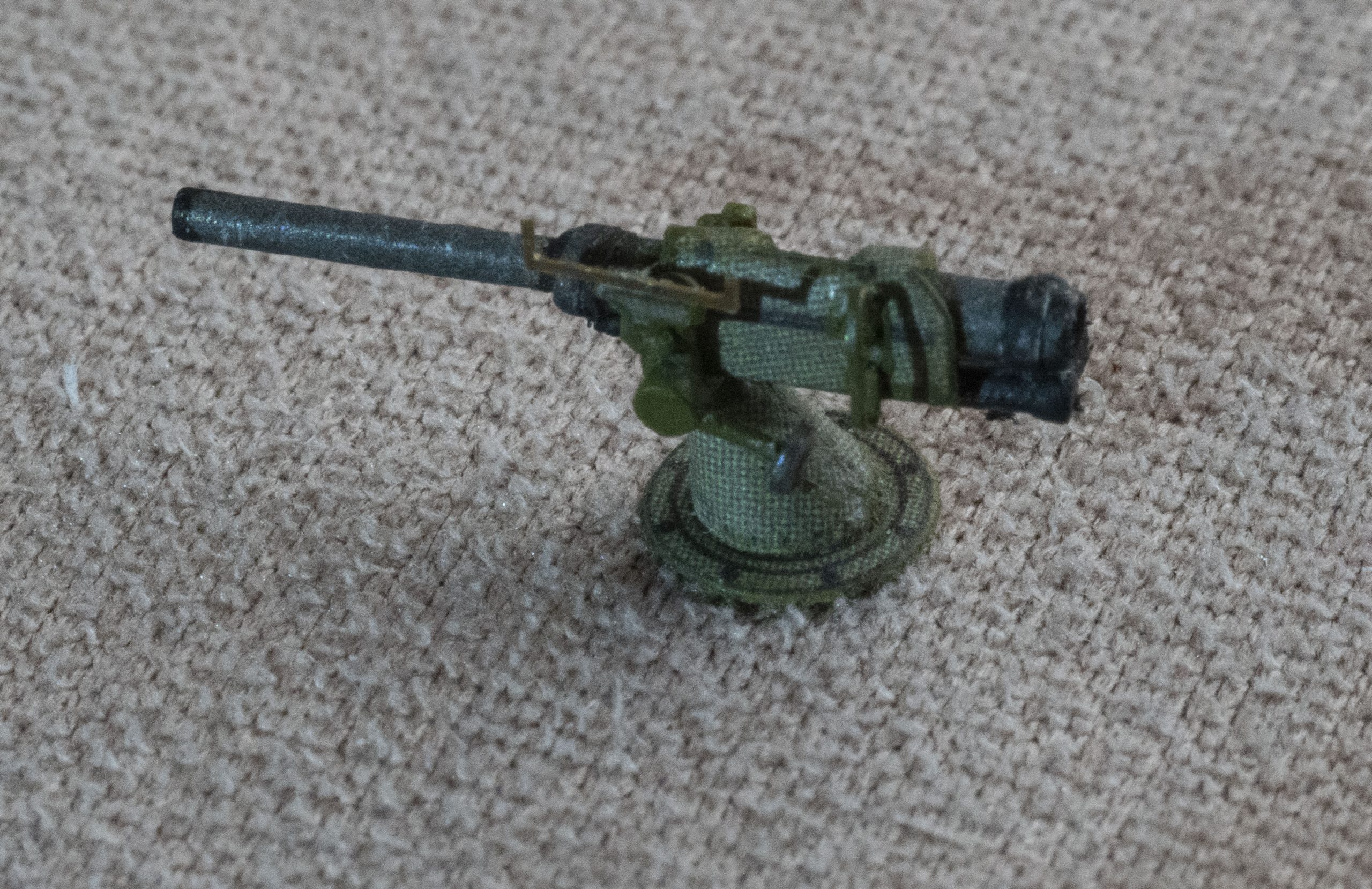 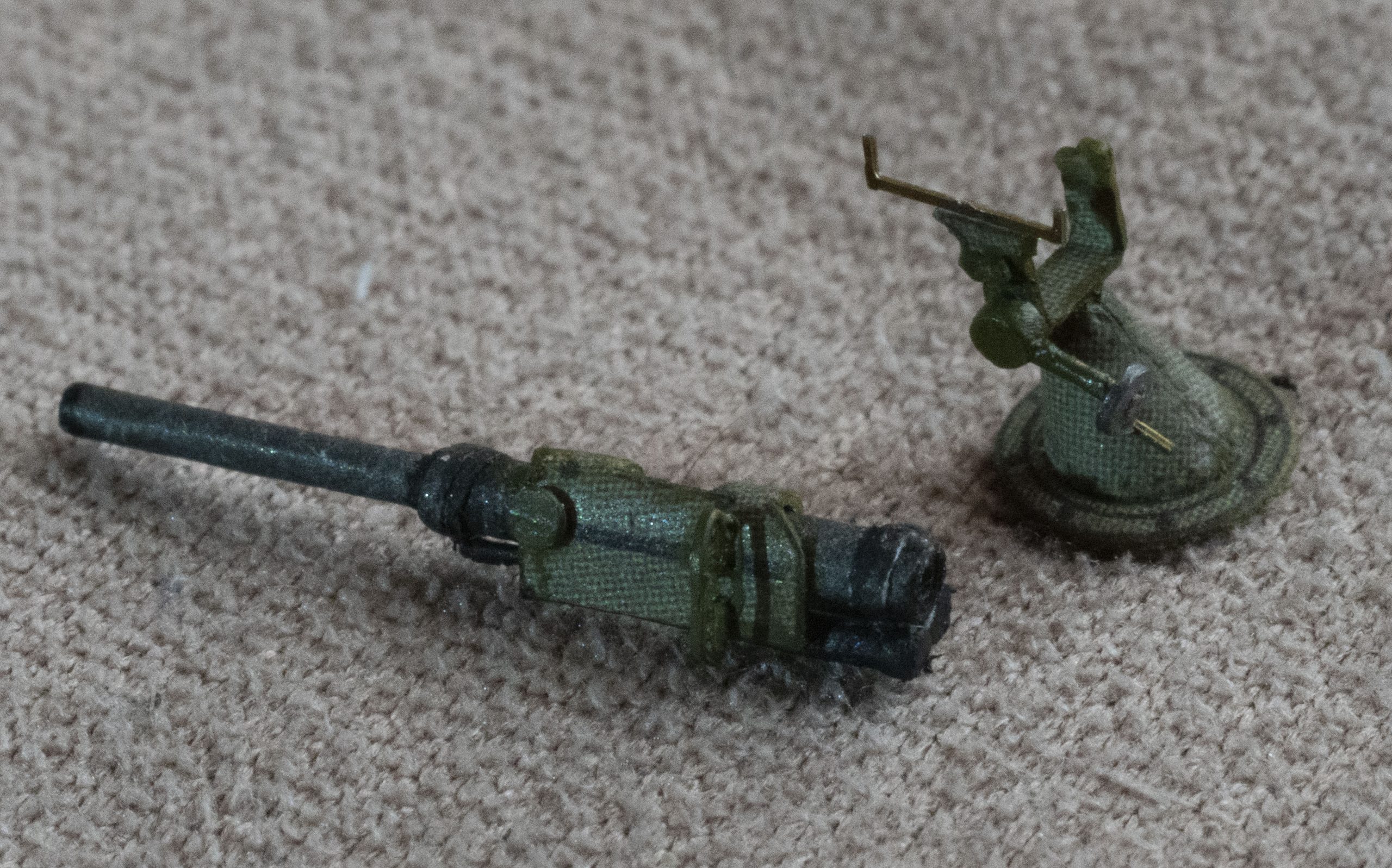 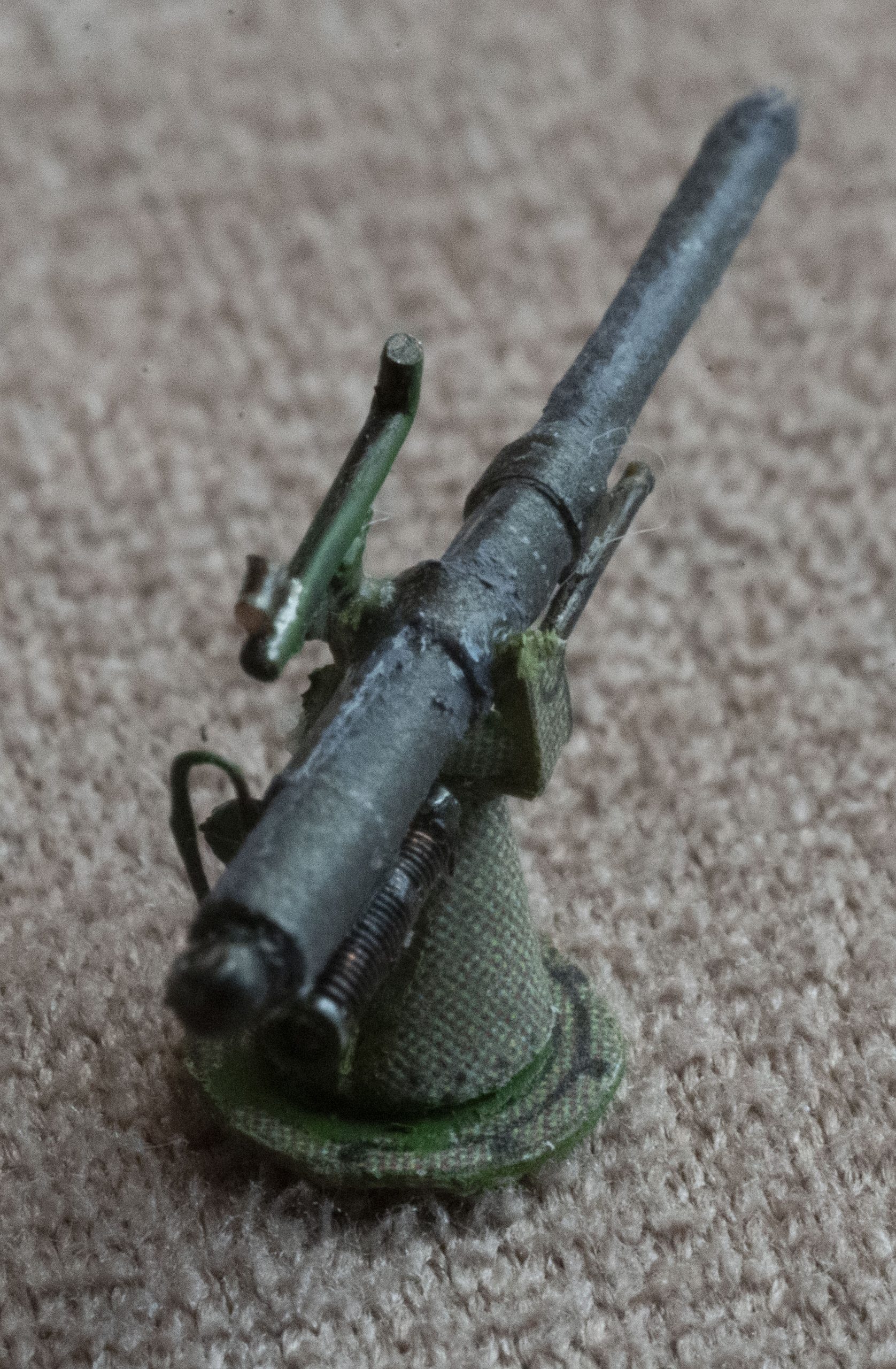 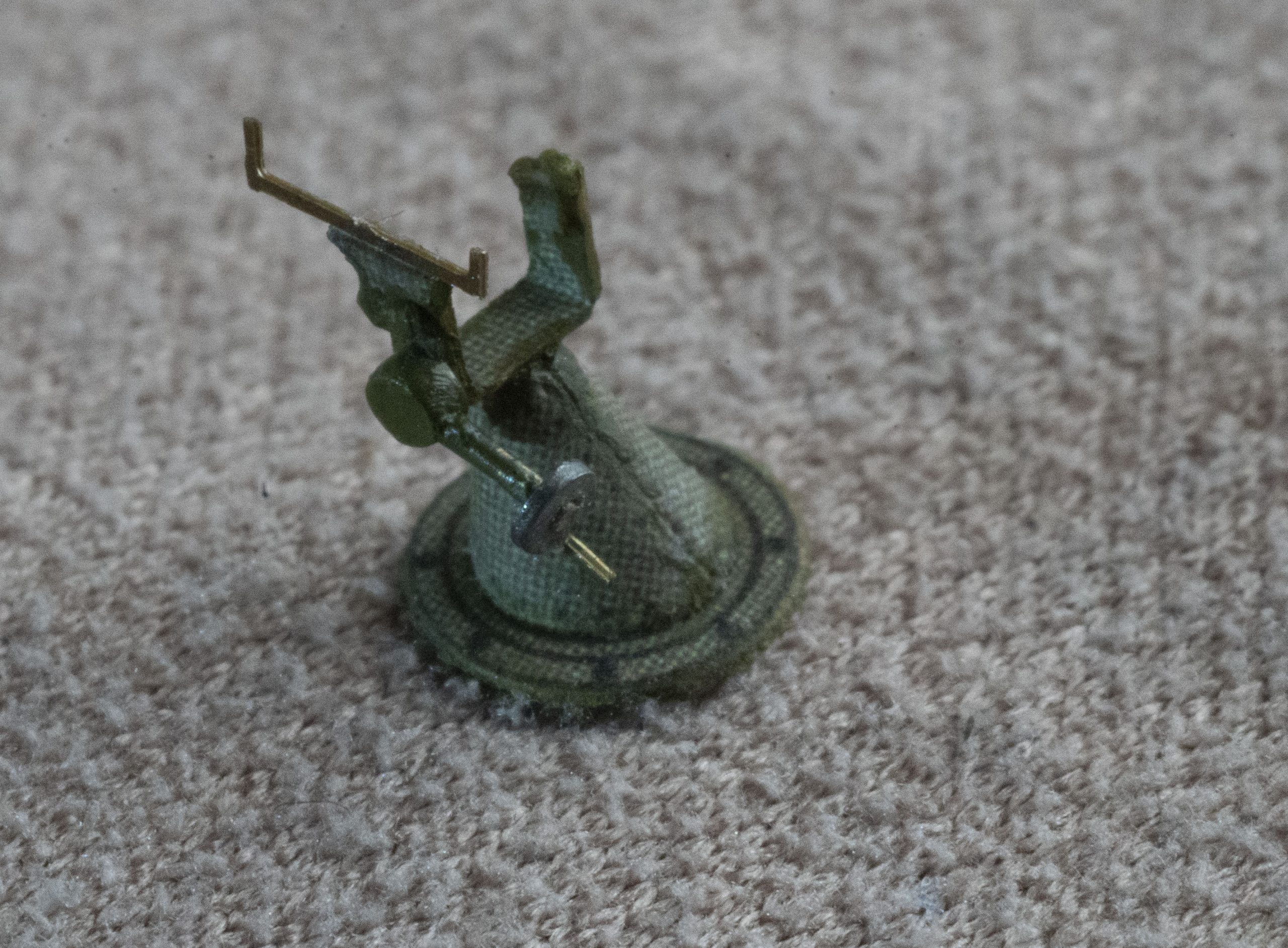 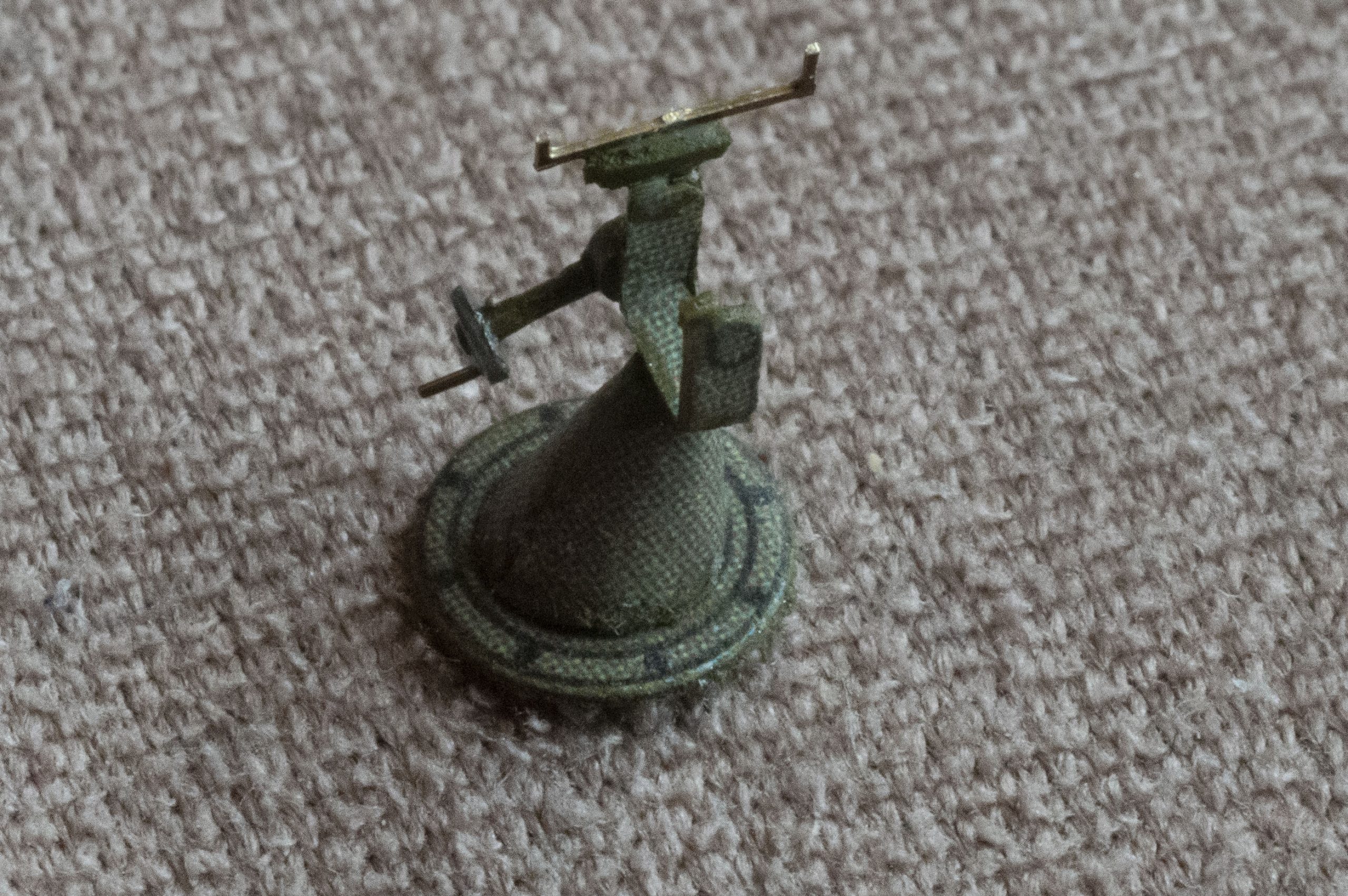 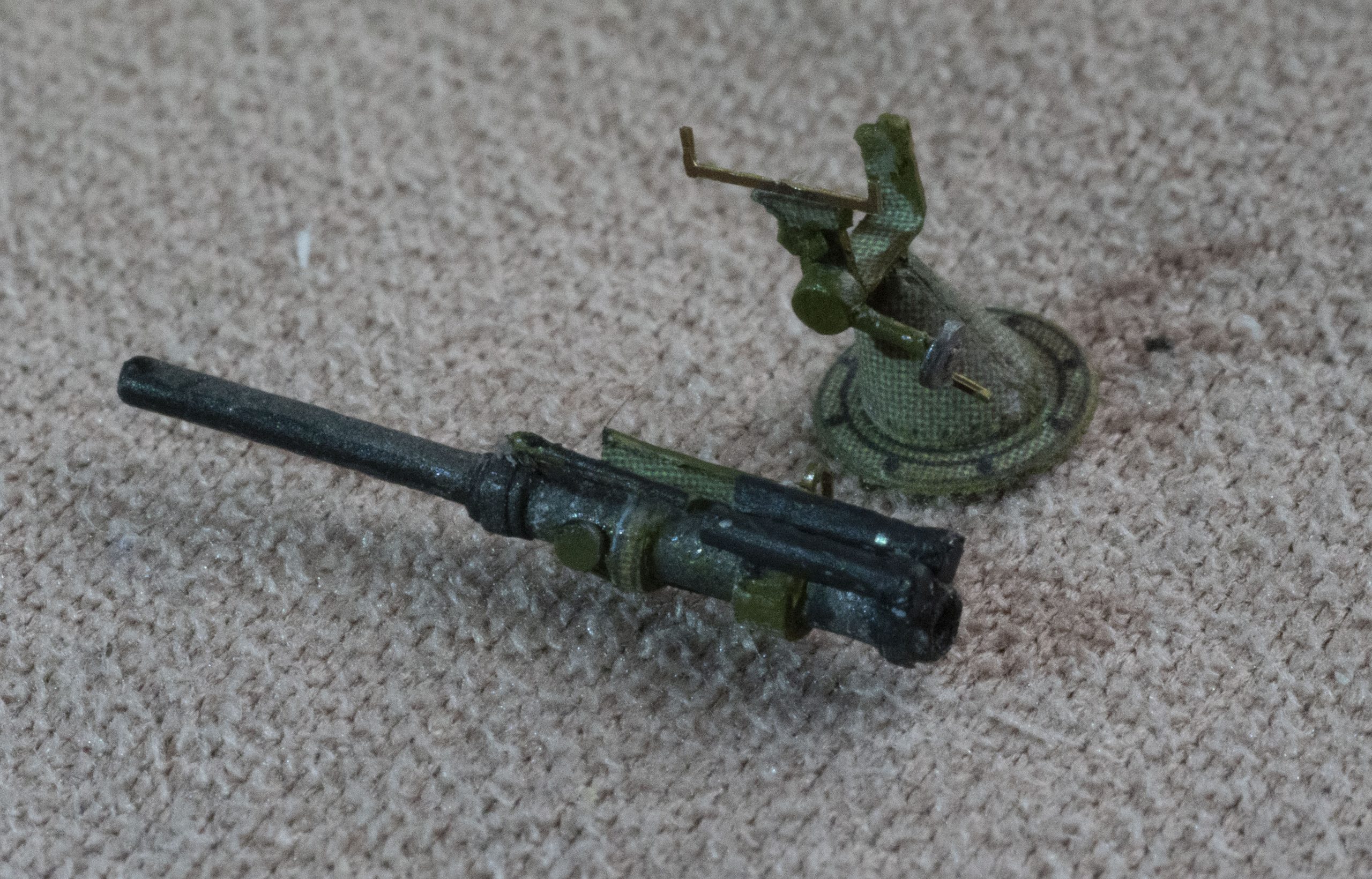 Here a later pic of work in progress on the Canet 75mm guns intended for inside the ship behind the hatches in the side. I am getting a bit of practice in for the ‘proper’ ones which will be on full display for the upper deck. Note the change in shape of the cradle for the barrel in the bottom picture, being closer to the archive photo of the gun above … Here unmounted and the edges unpainted. 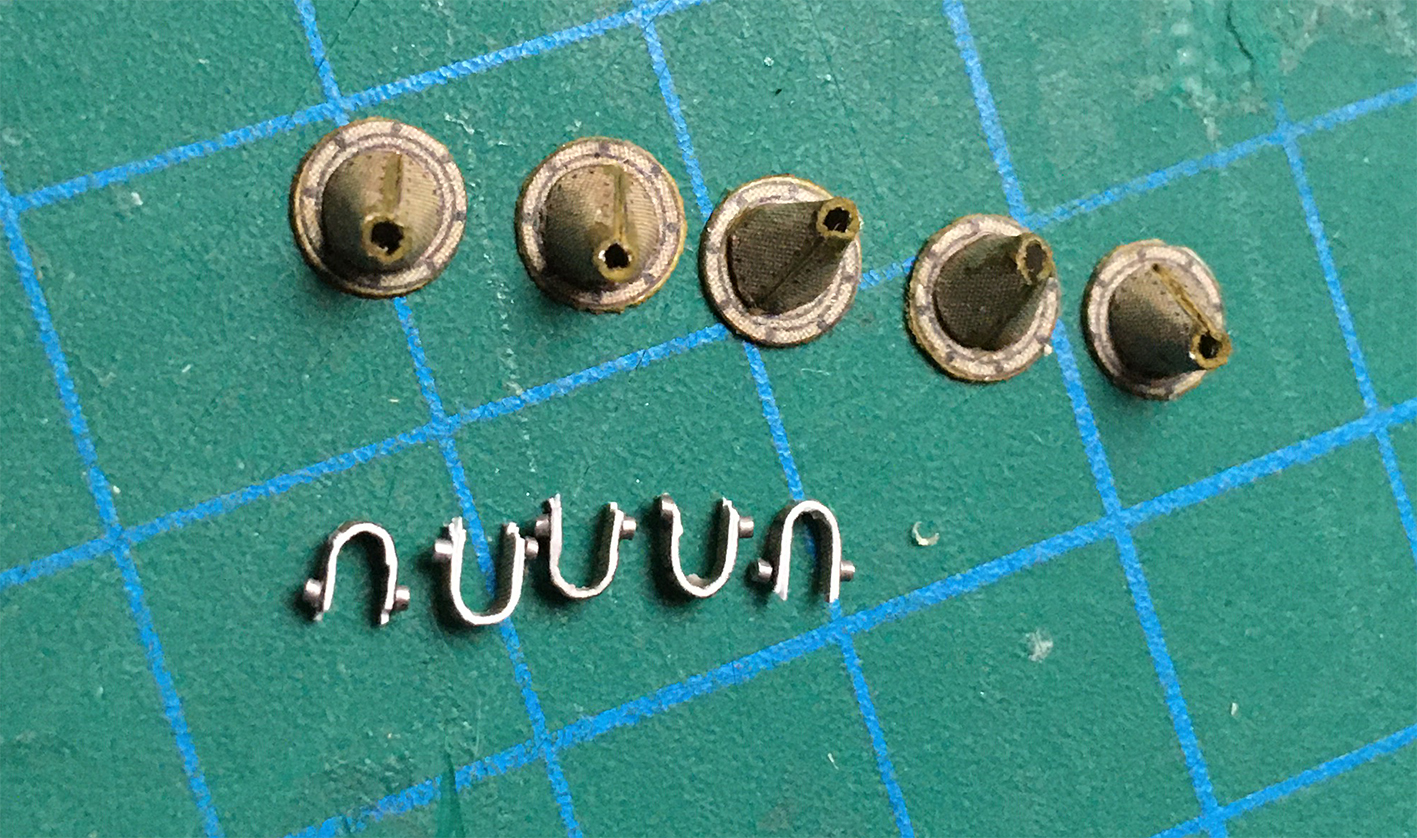 Lots of detail to refine before I will be satisfied for the guns that will be fully visible on deck! 🙂 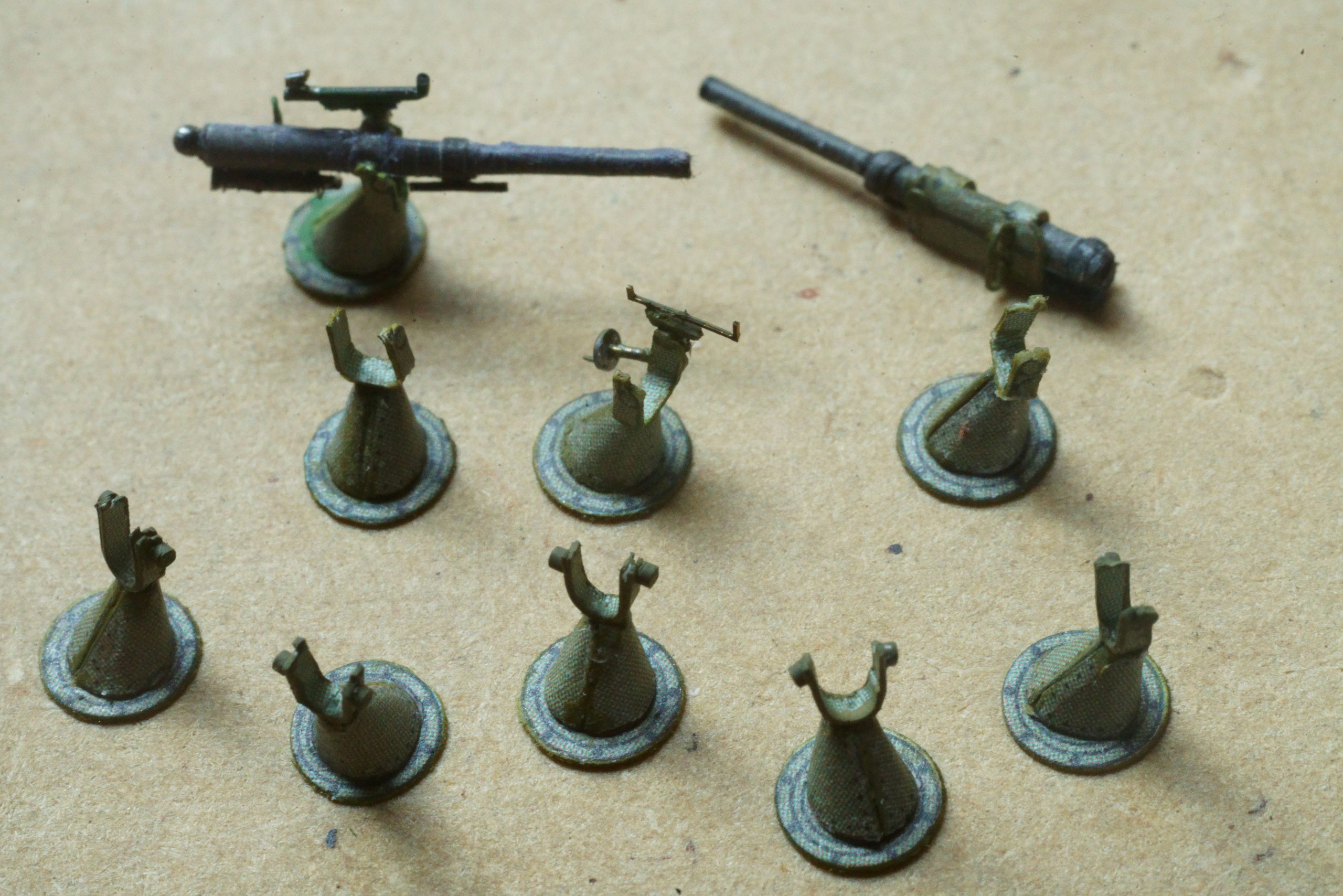 So, the hull sides also have to have quite a bit of work done on them before fitting to the carcass: The gun recesses at the aft and the recess behind each anchor, for example. There are various other jobs in sight. I want to cut out the portholes and ‘glaze’ them. I was going to fit brass surrounds, but they are a bit garish, so I opted for gold paint instead 🙂 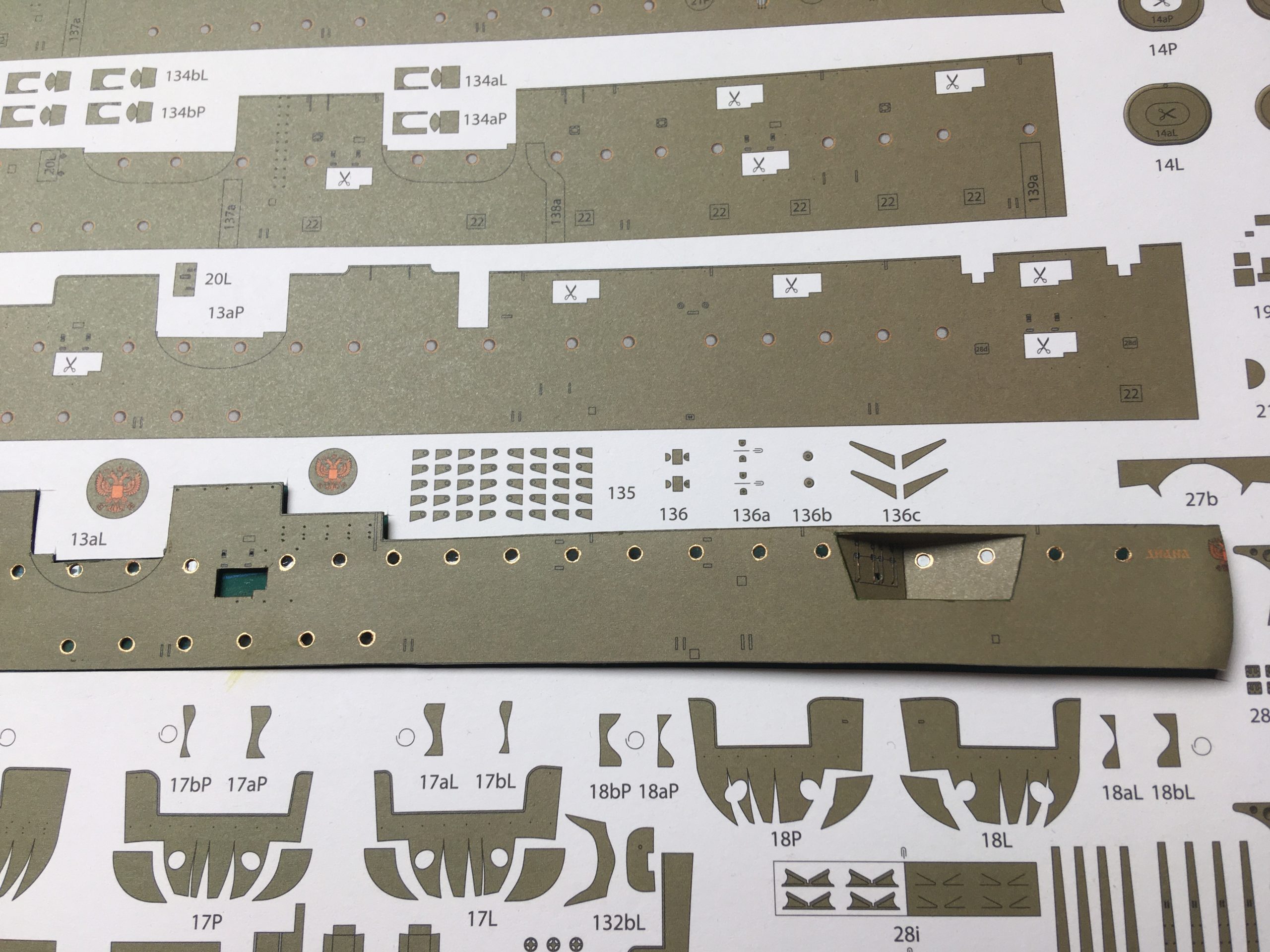 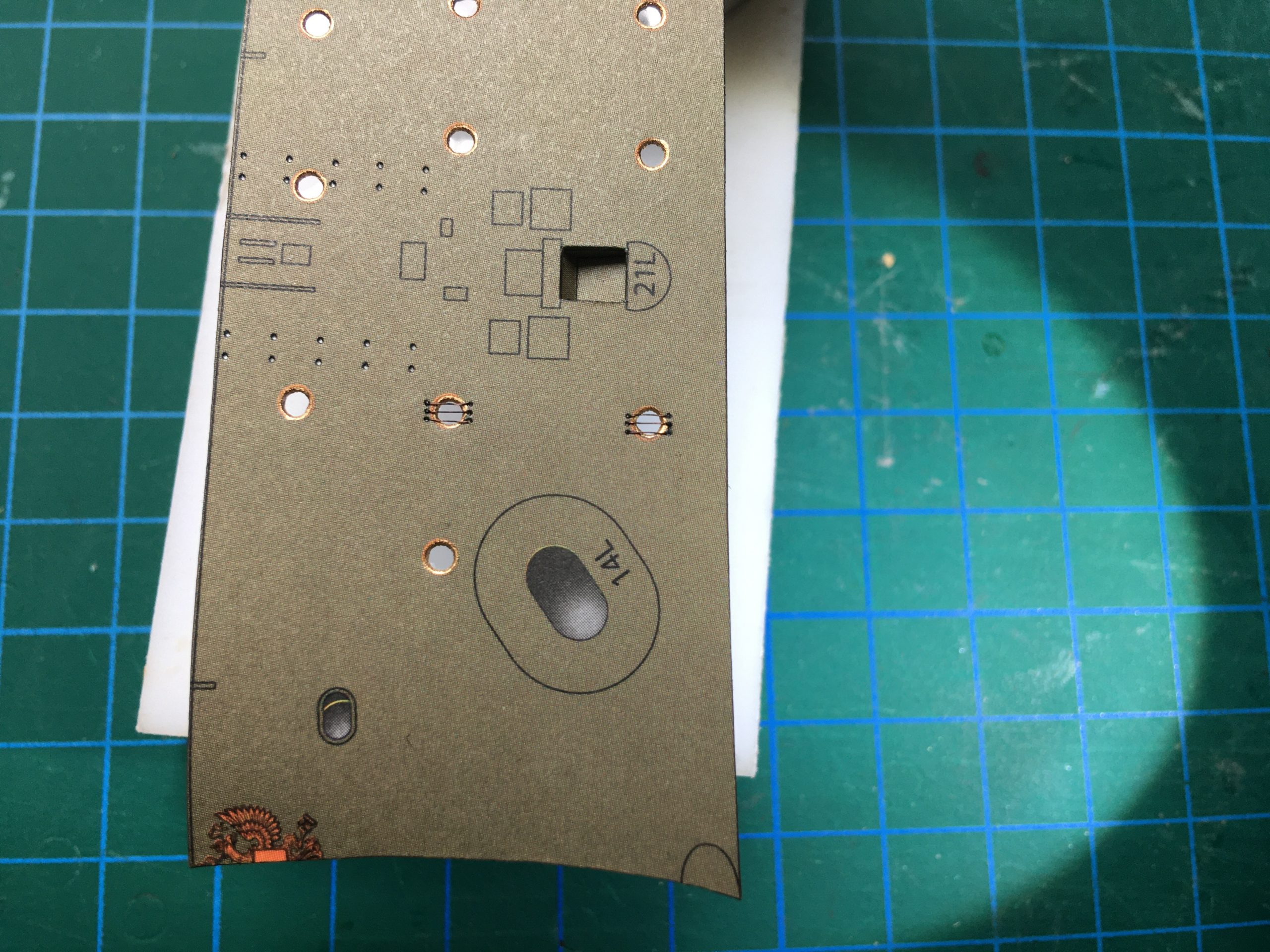 … Which I made from 0.1mm copper wire stripped out of some electrical leads and blackened with a permanent marker. Holes were pierced in the card with a sharpened needle and the wires threaded through, pulled taut and glued from the back, same as was done for the ‘risers’ for the hatches for the aft most gun, seen below on the right. 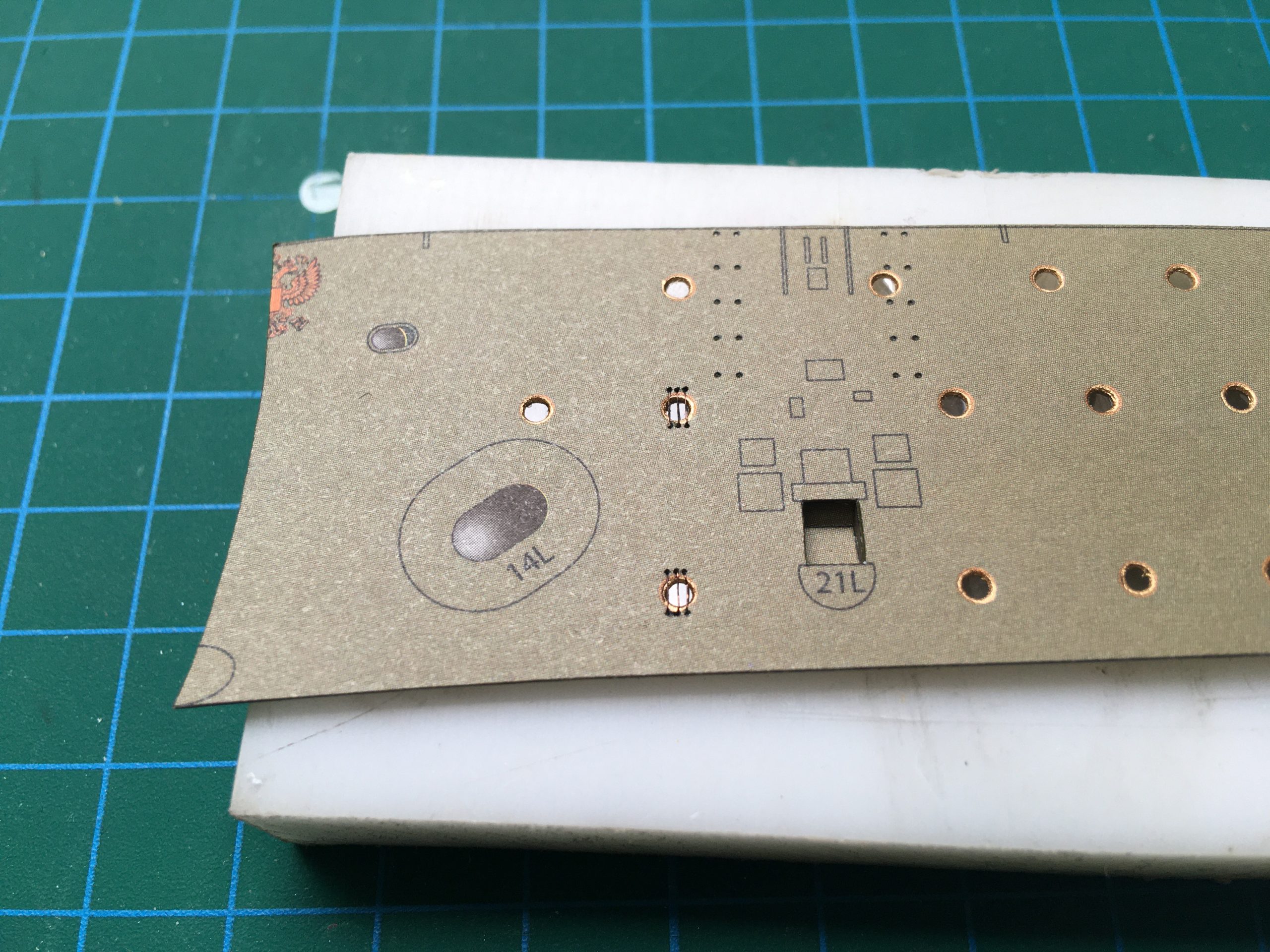 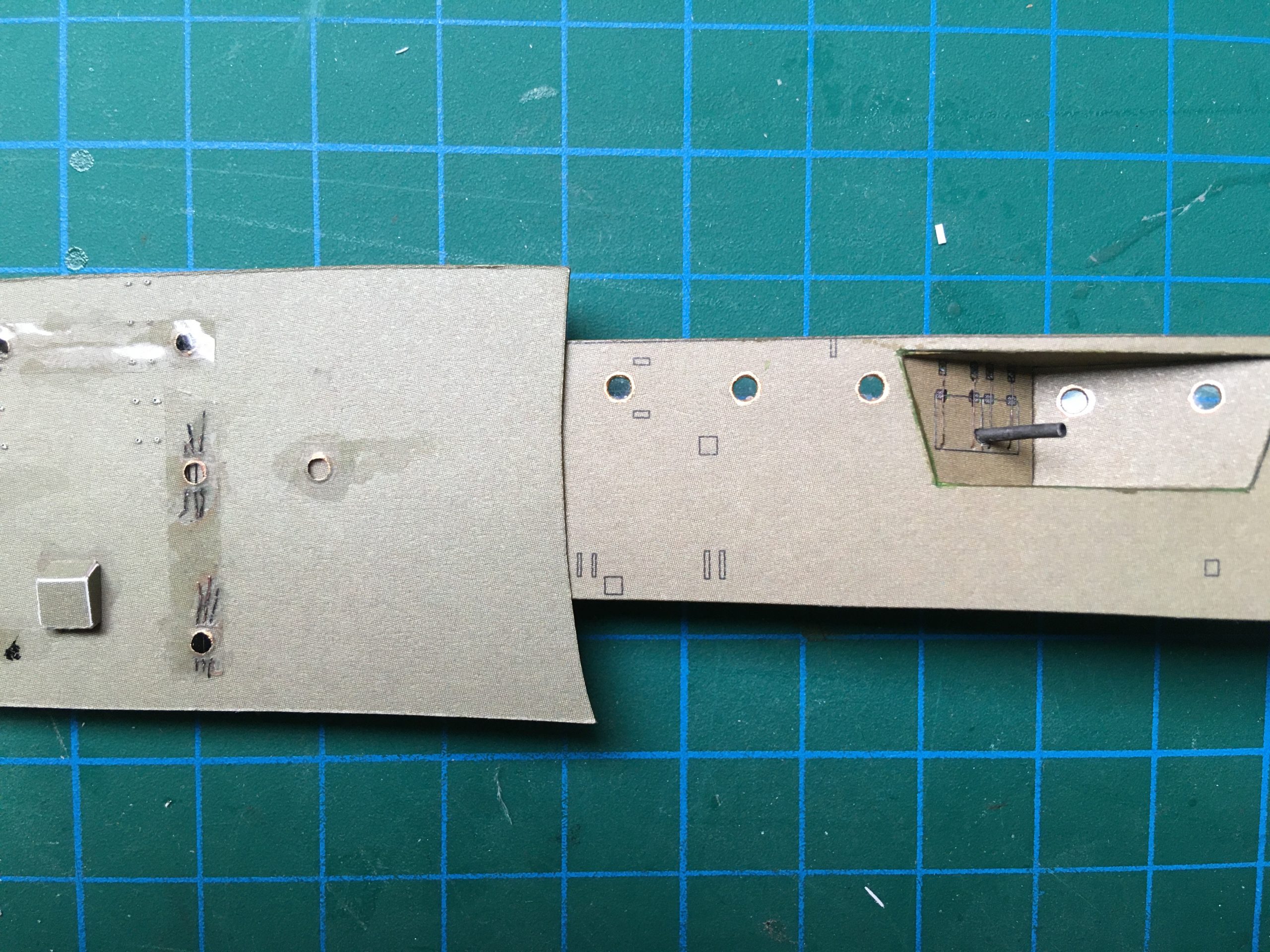 Here are the mid ships gun mounts positioned in their places in the port hull , prior to fitting the sides. I put them in now, as they wouldn’t fit through the hatches afterwards. I don’t want to fit the barrels yet, as they would make the fitting of the hull sides more difficult to do without damaging them. The black spots will end up behind where the portholes will be afterwards… 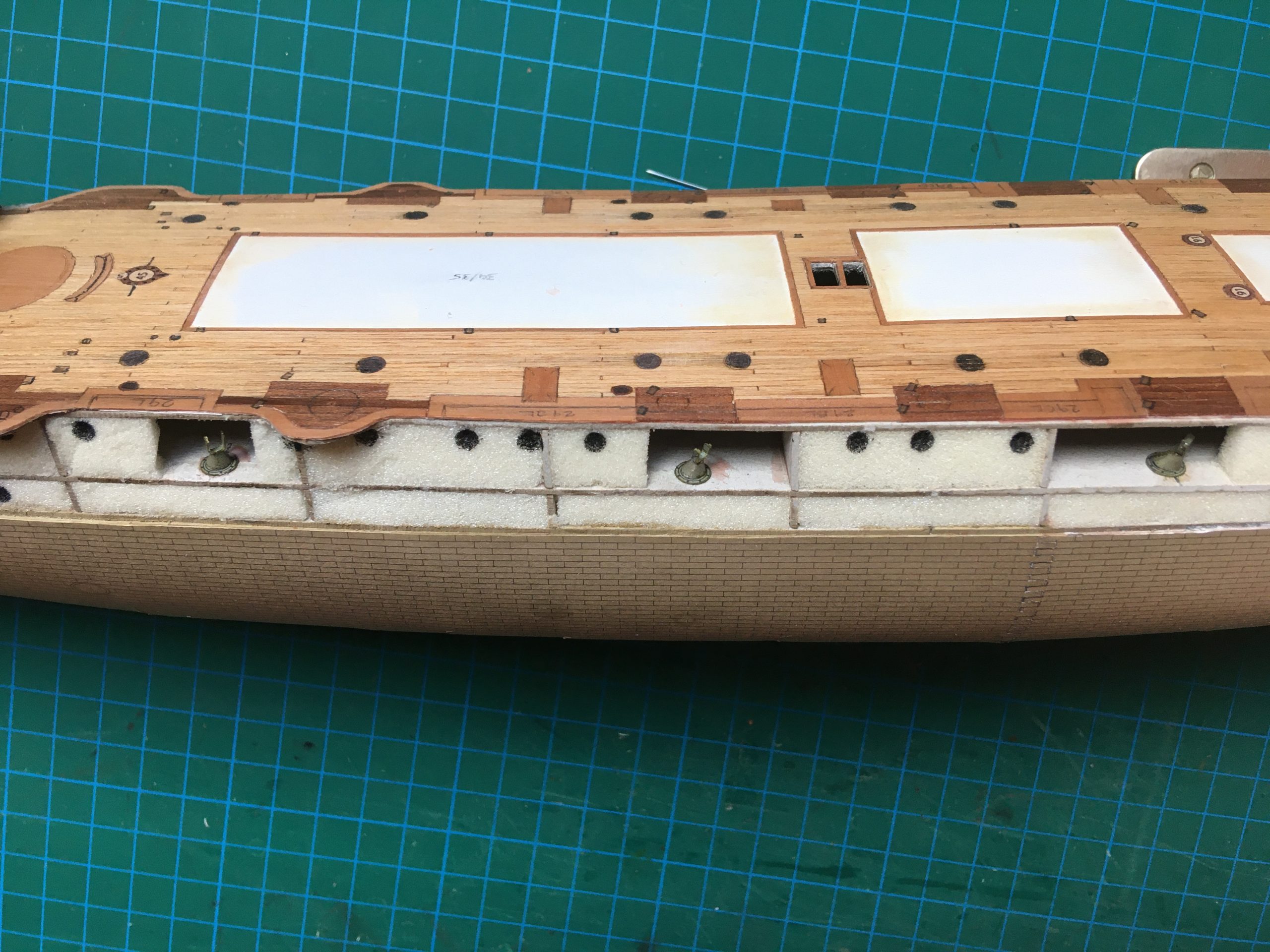 Another detail I decided to add is the Hawse pipe, as seen in the picture below: The Hawse hole on these ships is built up outside the hull and will be added later. 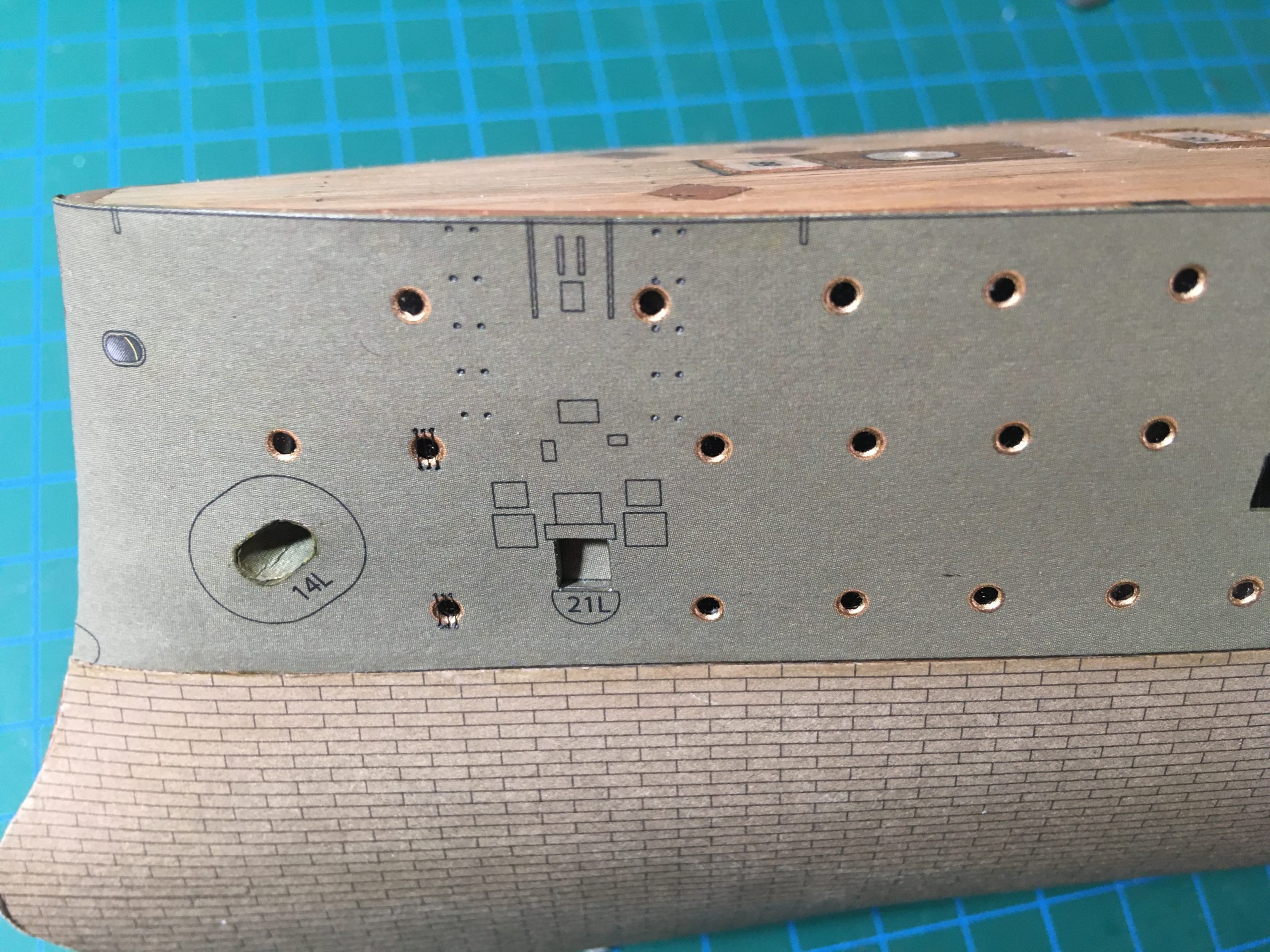 As work progresses, the bench tends gets more cluttered and has to be cleared again to move on to the next section of the work… 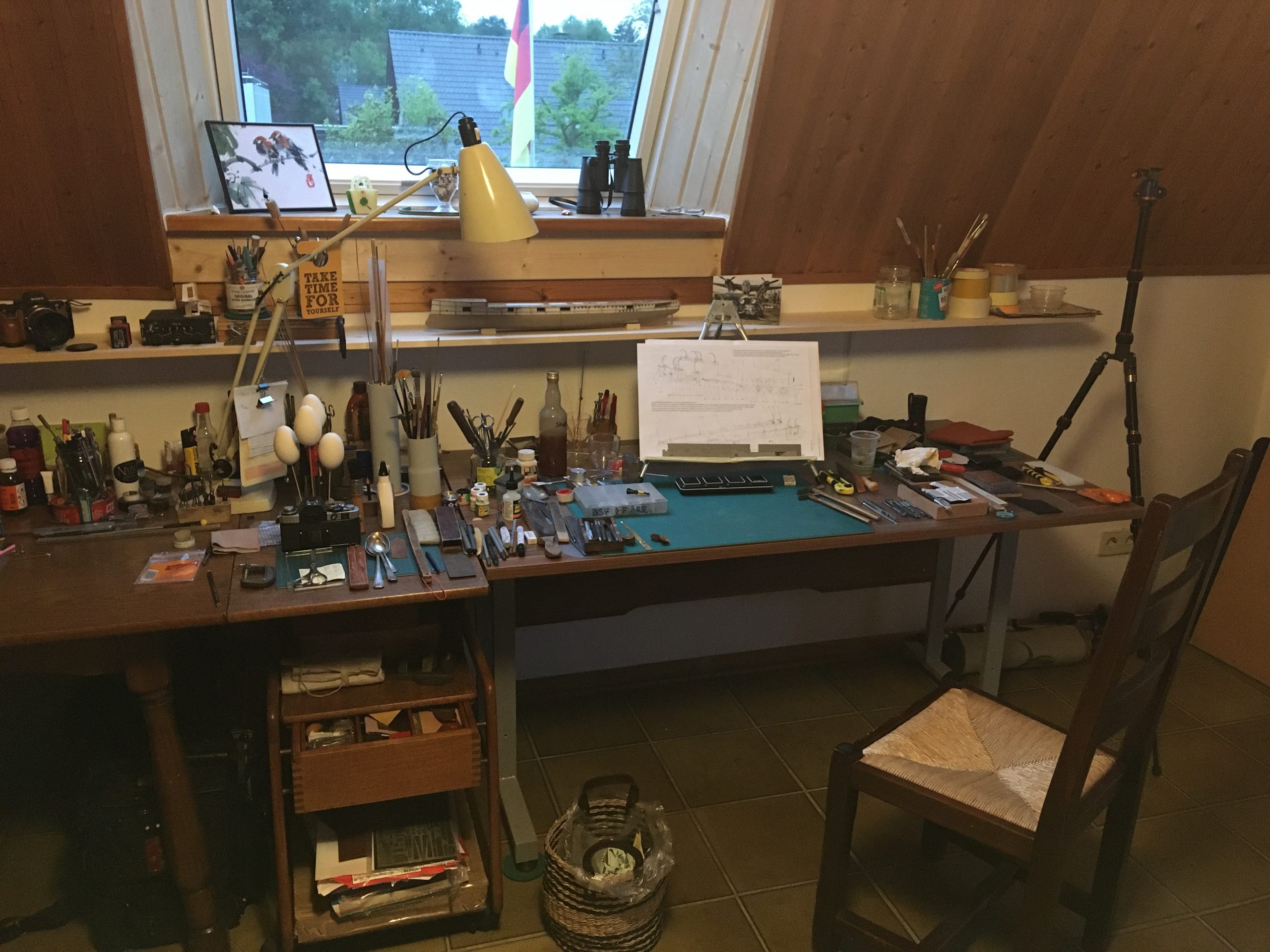