Ok, so the port side is now on, after a load of trimming and adjustment, but despite that, looks quite good, if not exactly perfect: 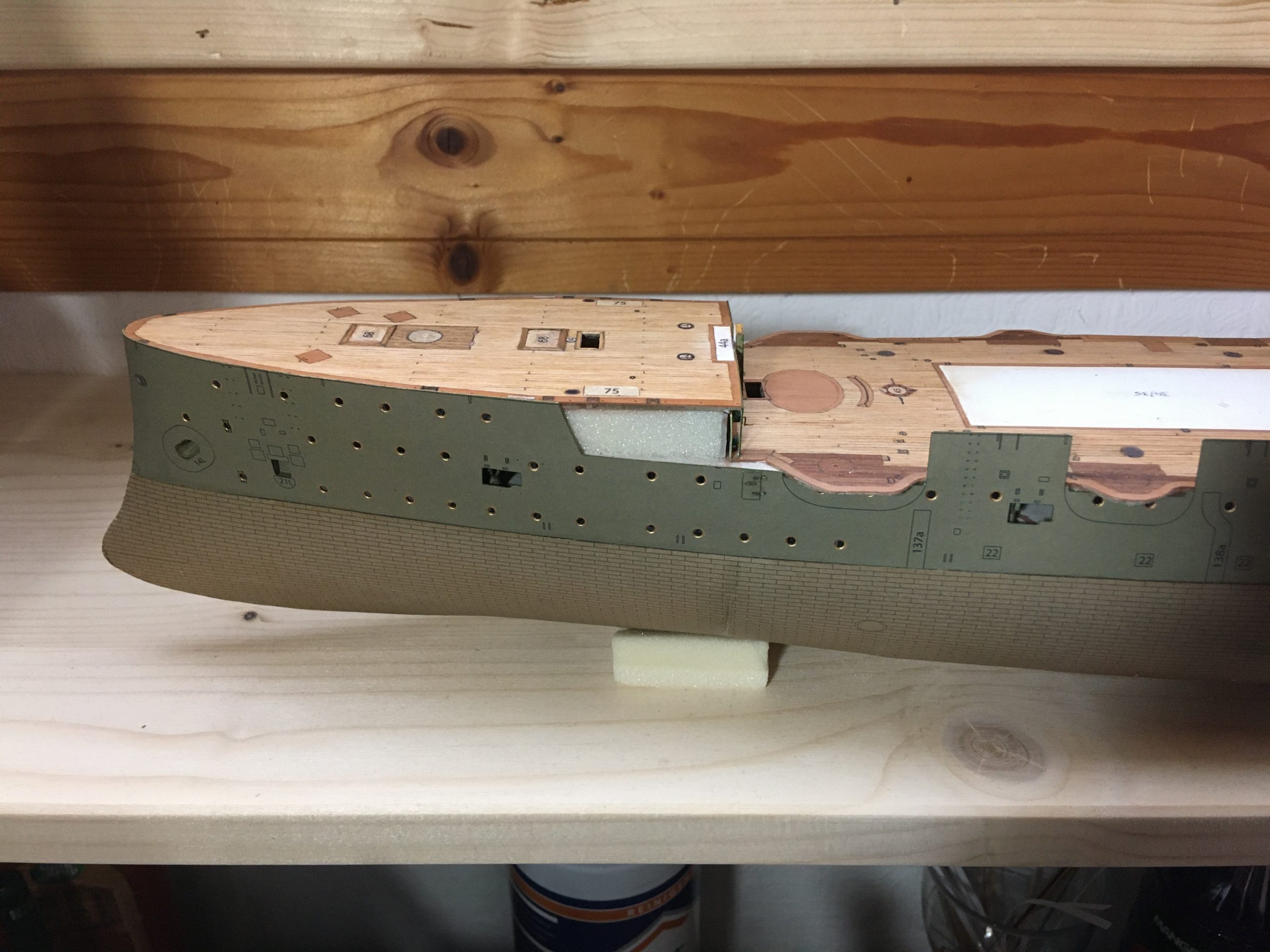 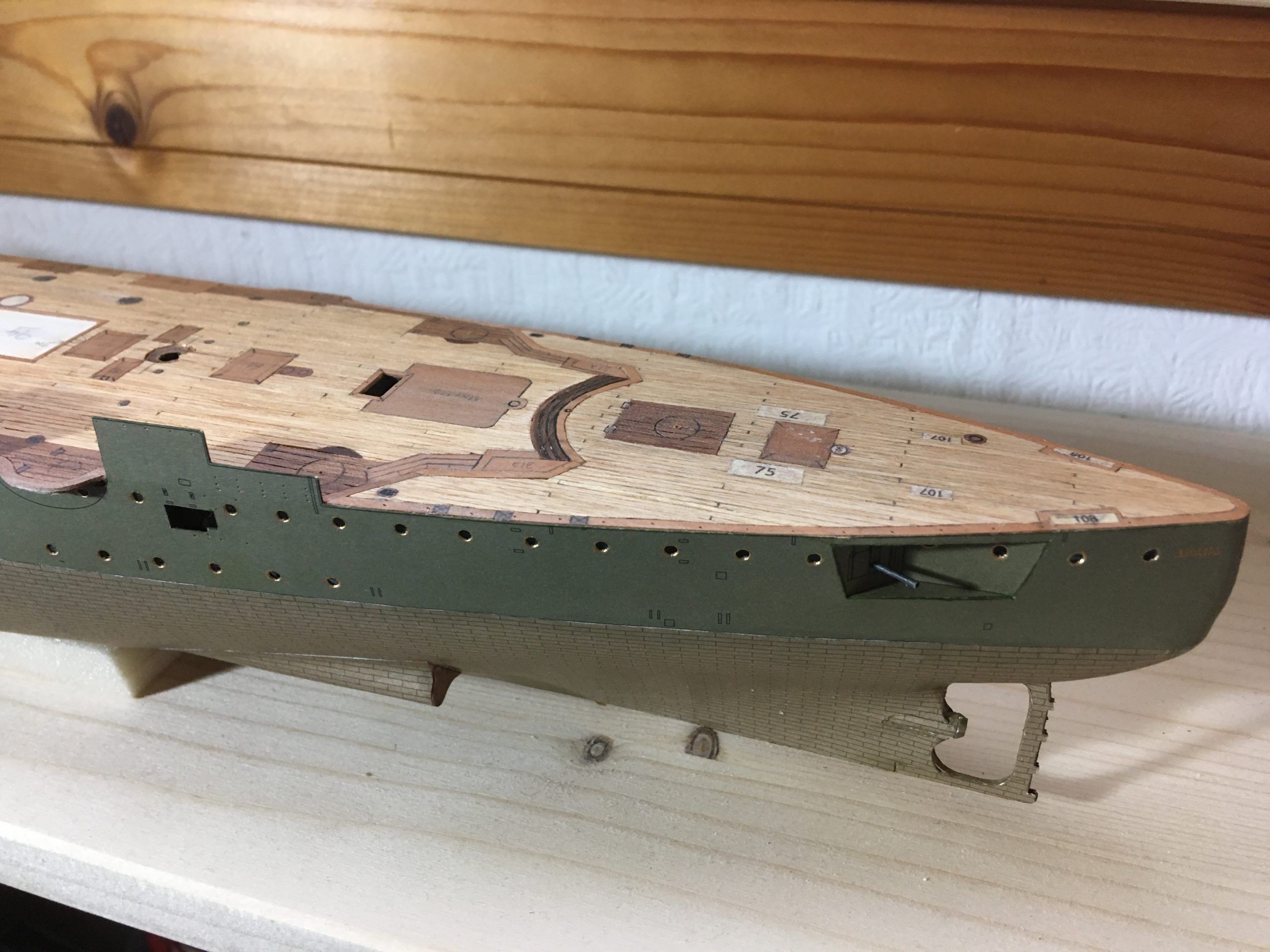 One of the storage bins (at huge magnification), which I decided to have a trial at building, despite there not being any help or diagrams from the instructions – I had to resort to the internet to have an idea how they really looked: 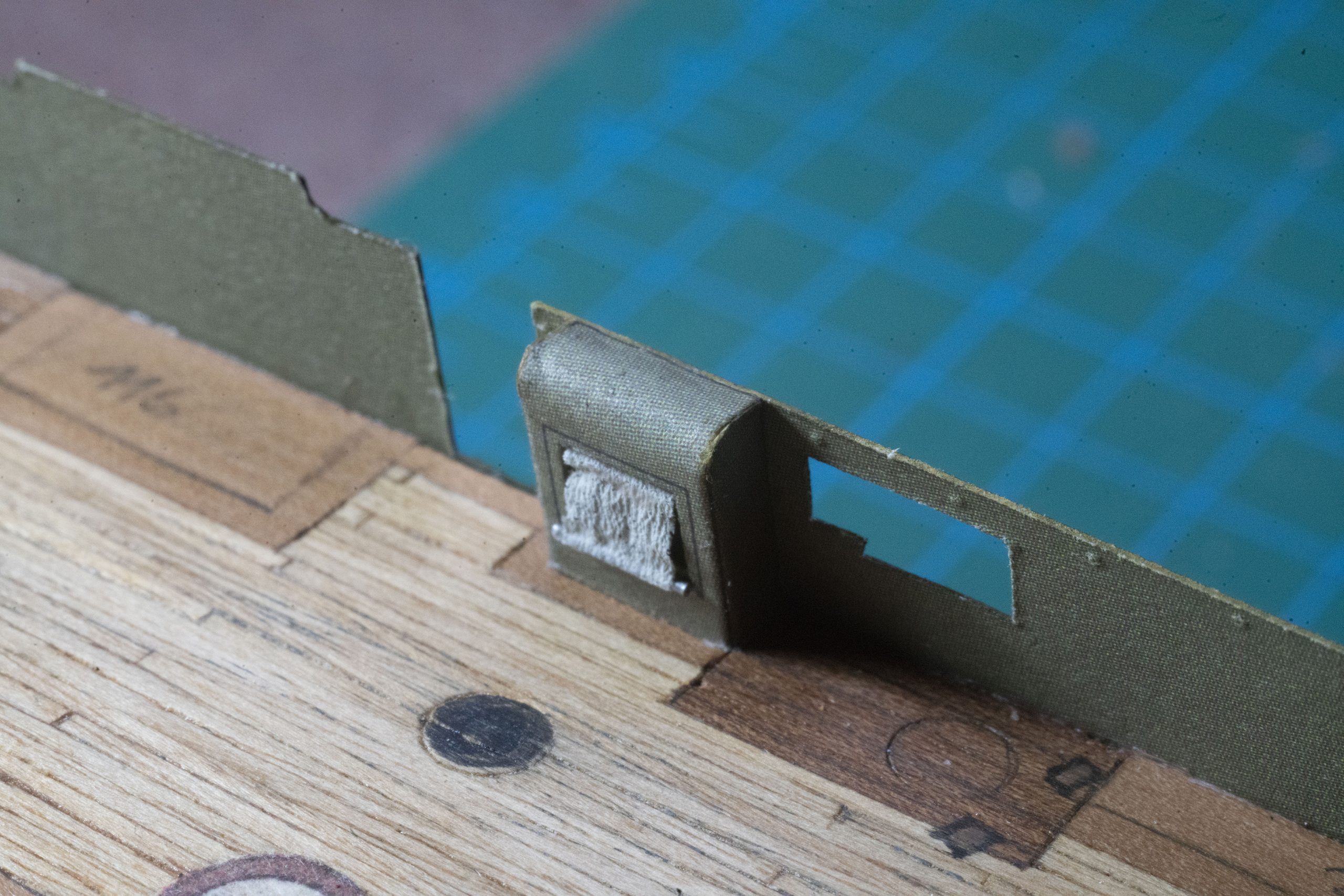 Having fitted the forward portion of the hull next to the forward deck, I also wanted to test the fit of the bulges which house the mounts of the Canet 152mm/45cal. Guns. It was not bad, but did need to be ‘modified’. However, I believe that was in part to my slightly oversize deck portion that stuck out. We will see, as all the others have now been trimmed to size! Amazing what half a millimetre can do! Difficult is the double curve aft, where the bulge ‘merges’ into the side. Next time, I’ll also bevel the inside edges to get a smoother transition 🙂 At a ‘normal’ distance, it still looks pretty good, though: 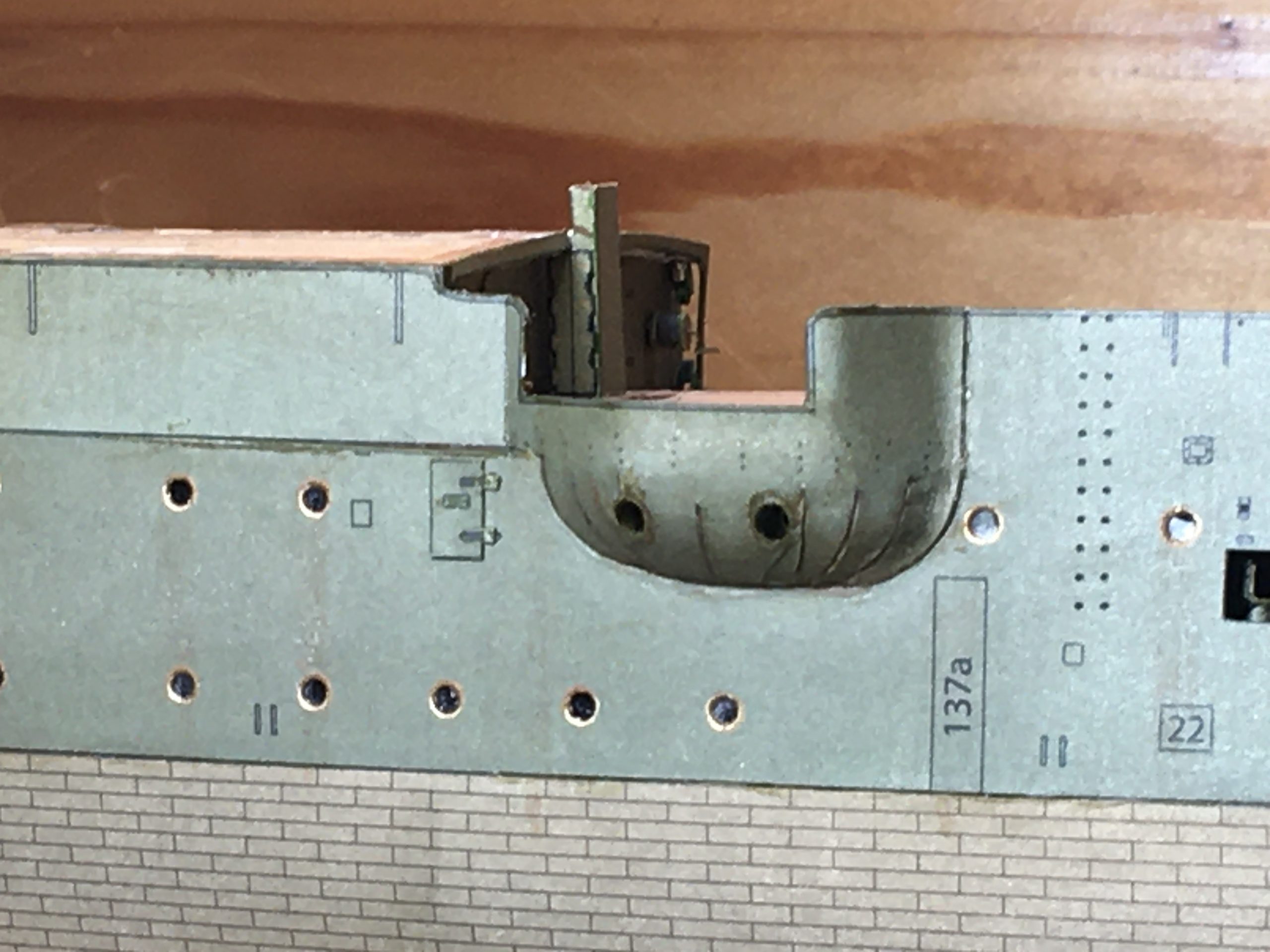 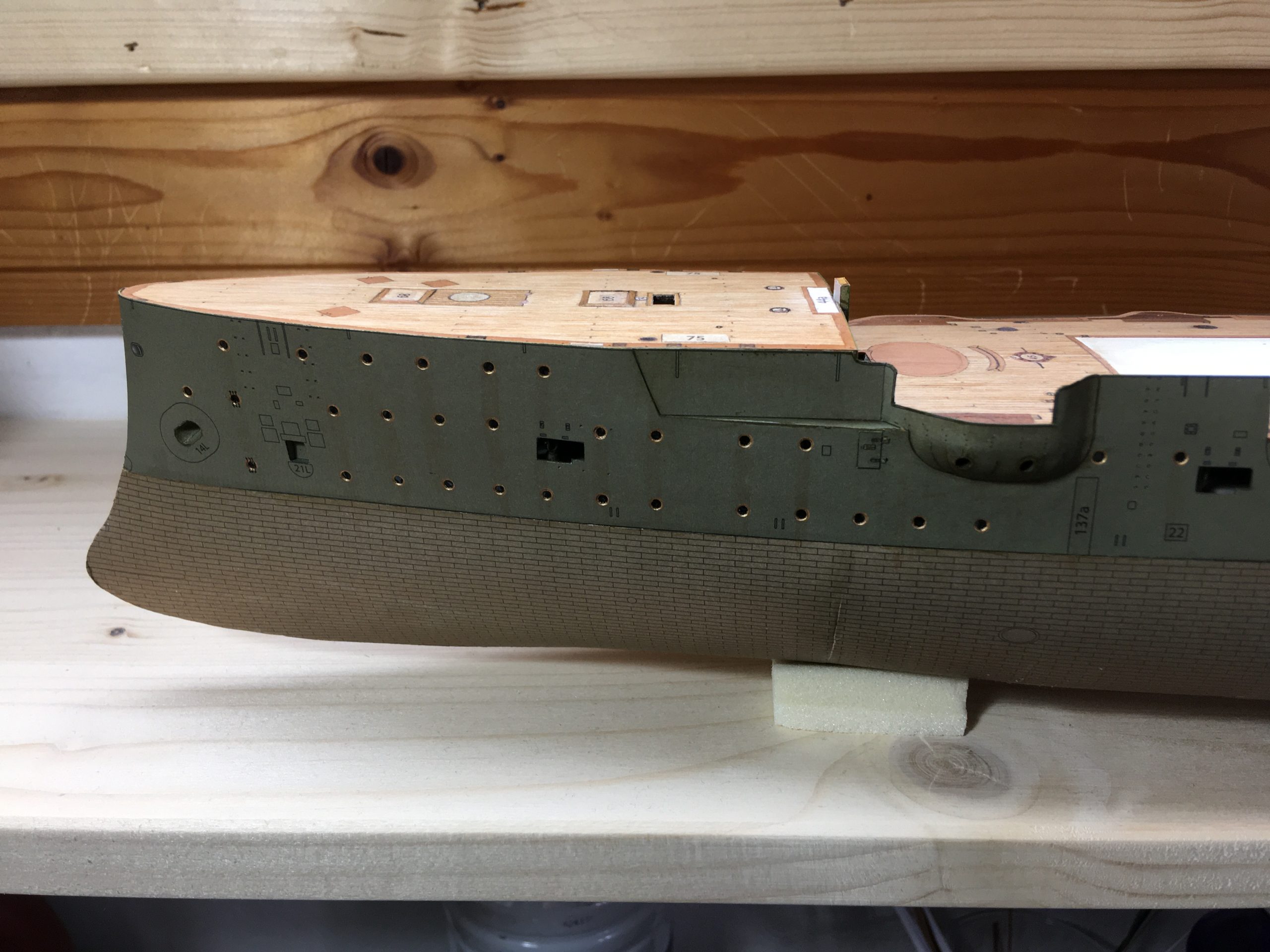 Here the whole starboard side showing all the installed gun ‘pods’

The inside of the starboard side showing the Hawse pipe, but before the glazing and the bars on the front portholes. 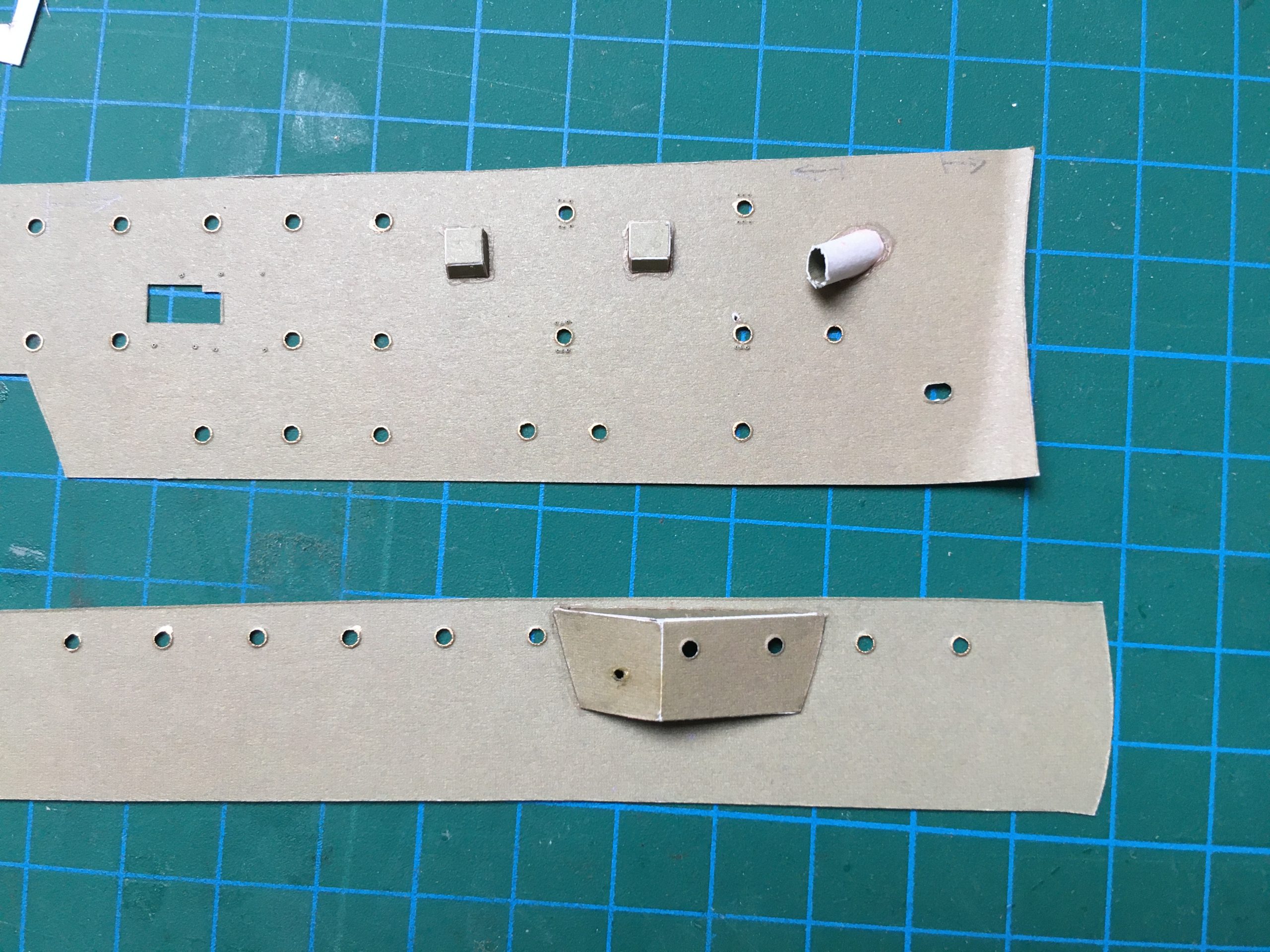 Those sides have now been glazed and the bars on the forward portholes near the anchor have been added, too. Tomorrow the wires on the hatches for the aft gun will be added, the rest of the gun mounts will be fitted below deck and maybe the starboard sides of the hull will be glued in place!

Now the same from the seen side! 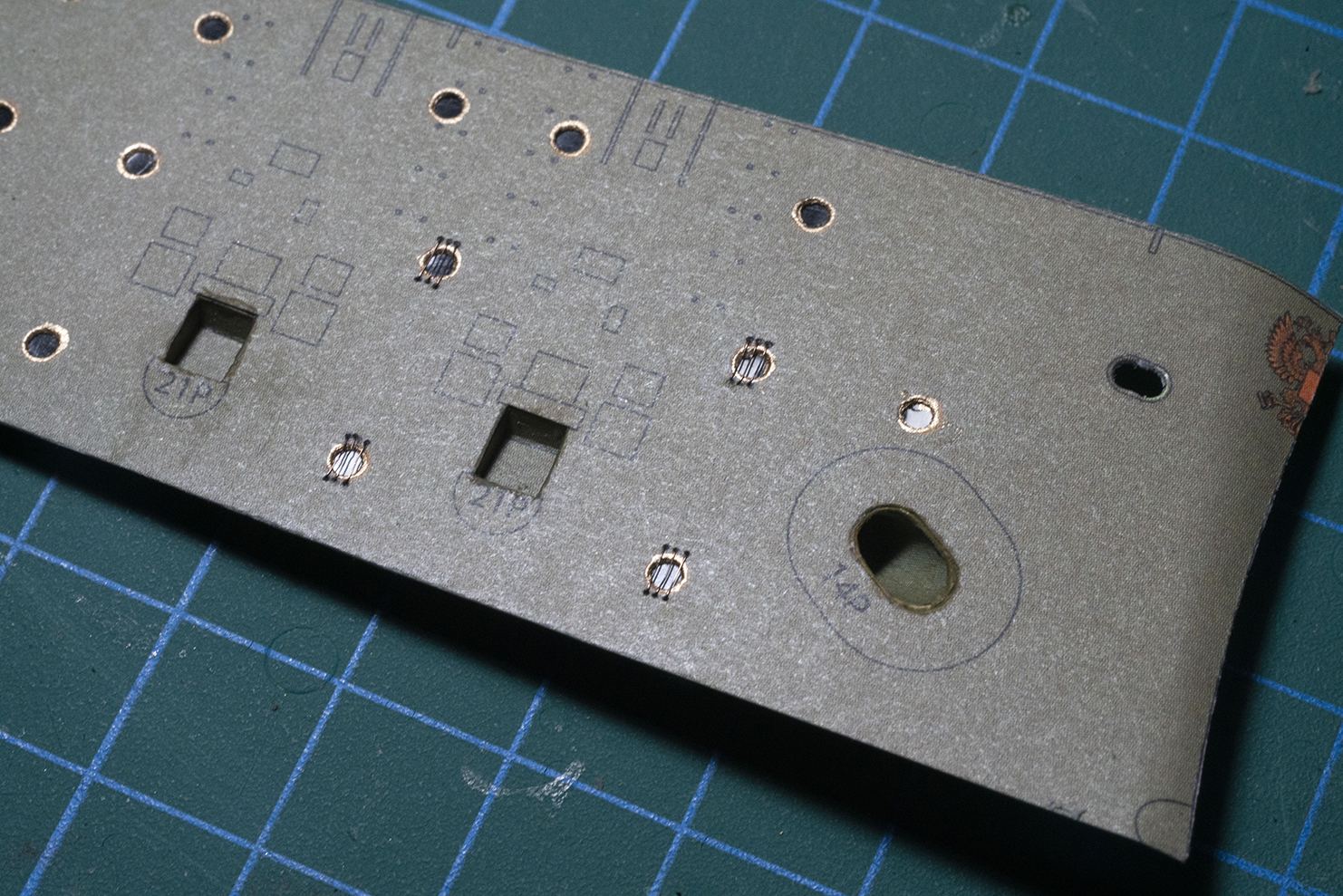 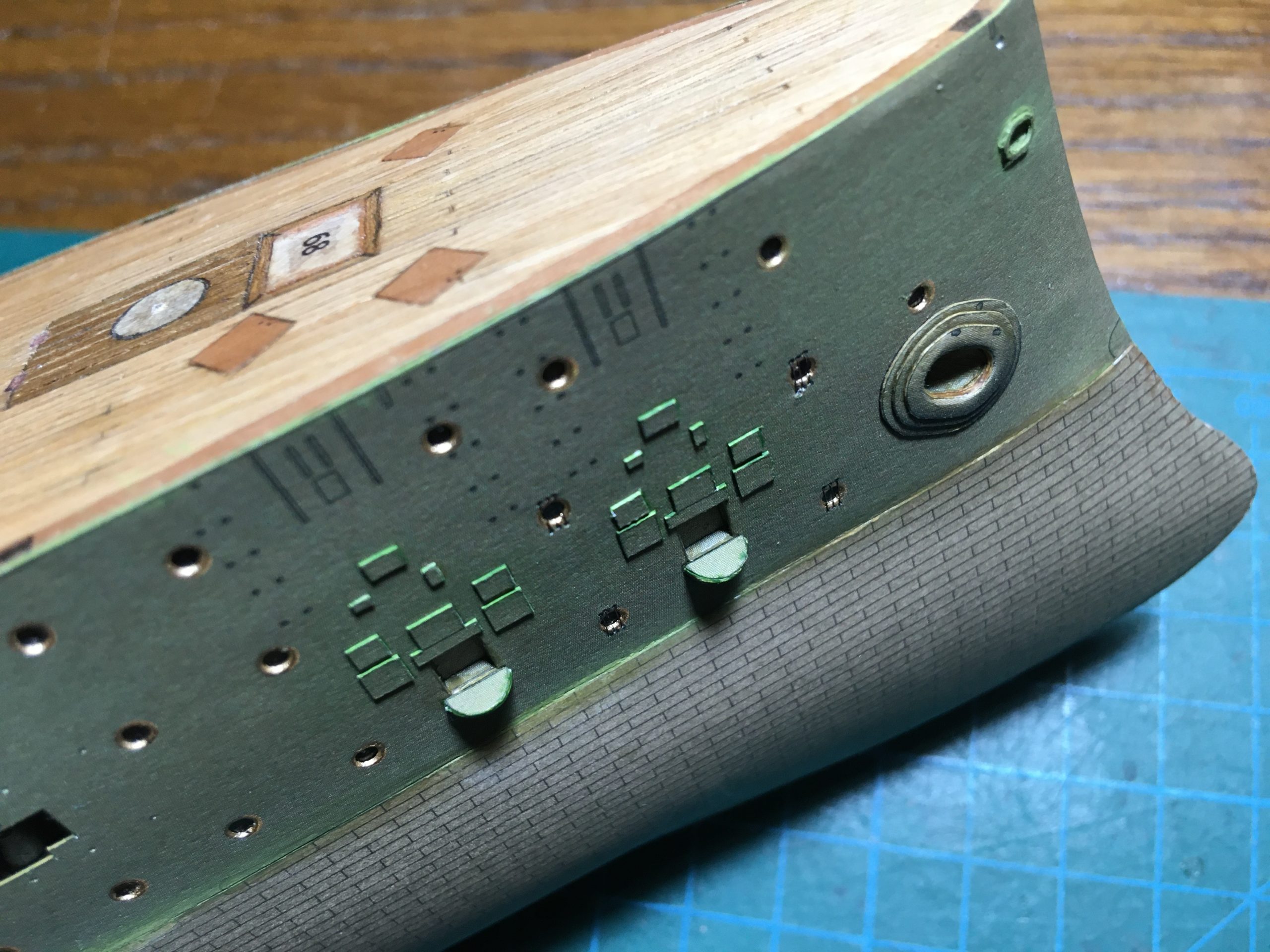 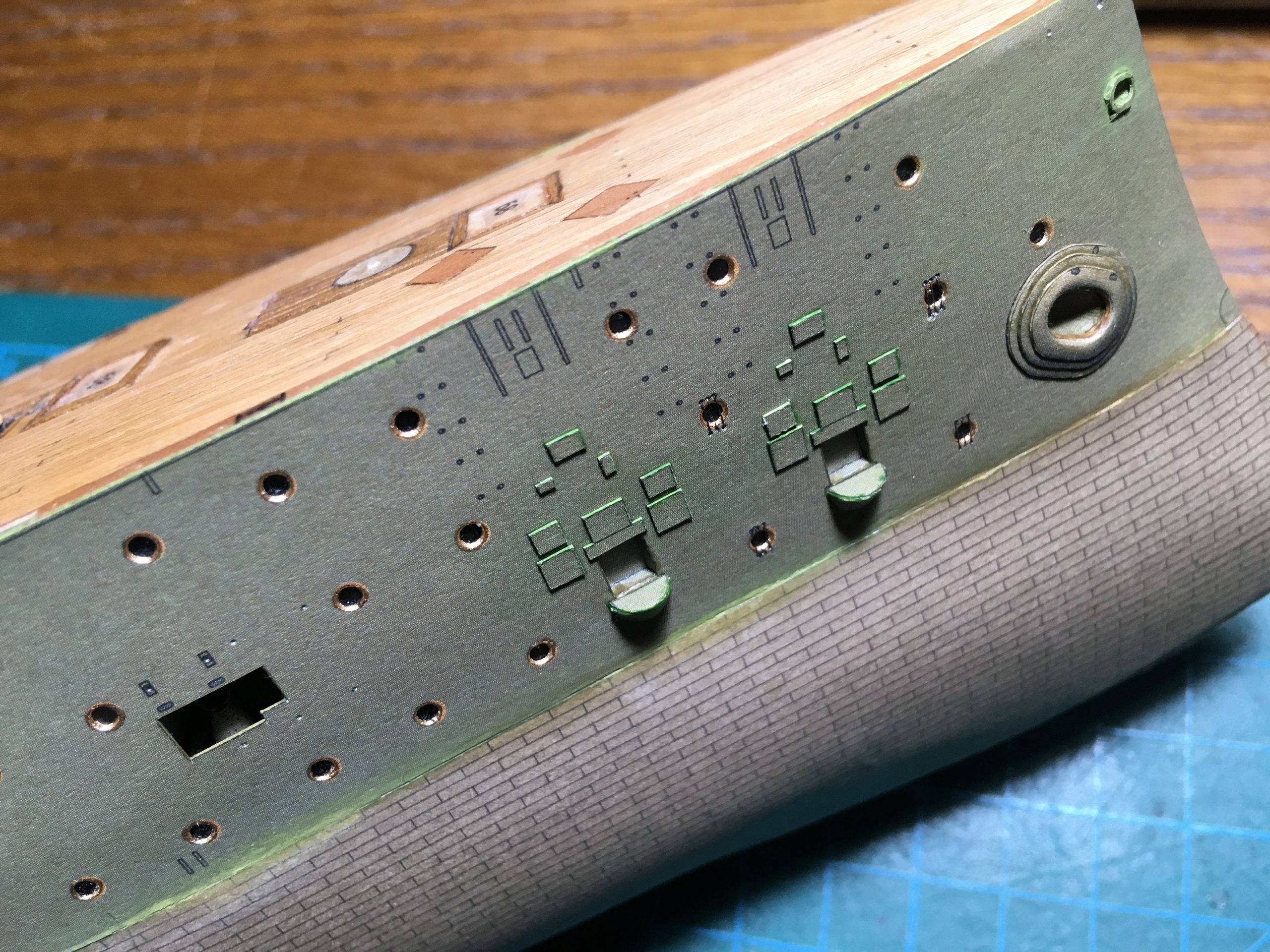 Still a bit of touching up to do on the hull where the waterline meets the sides. 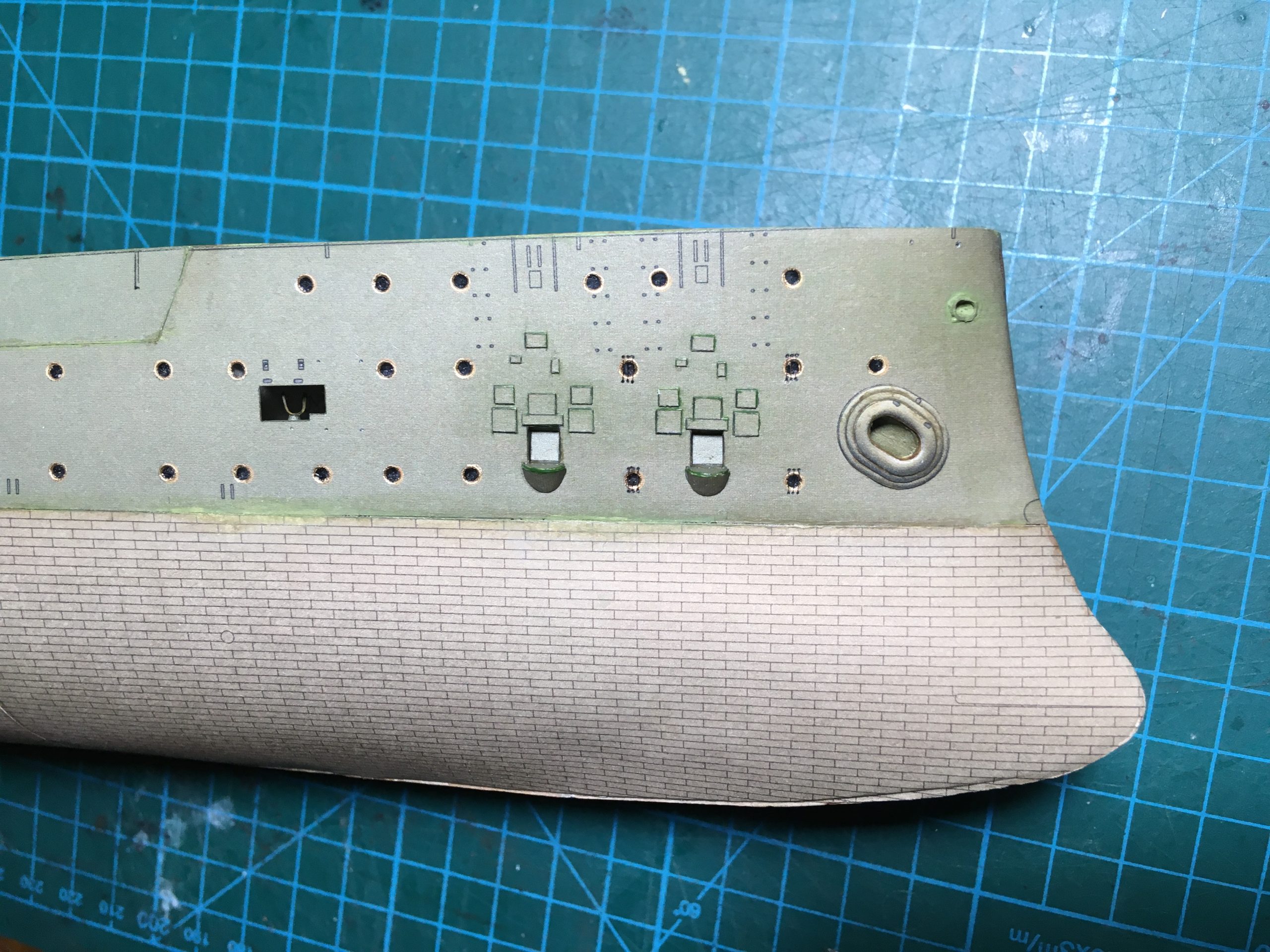 Through the portals you can see the gun-mounts waiting for the barrels to be fitted, when it is ‘safe’ to do so!