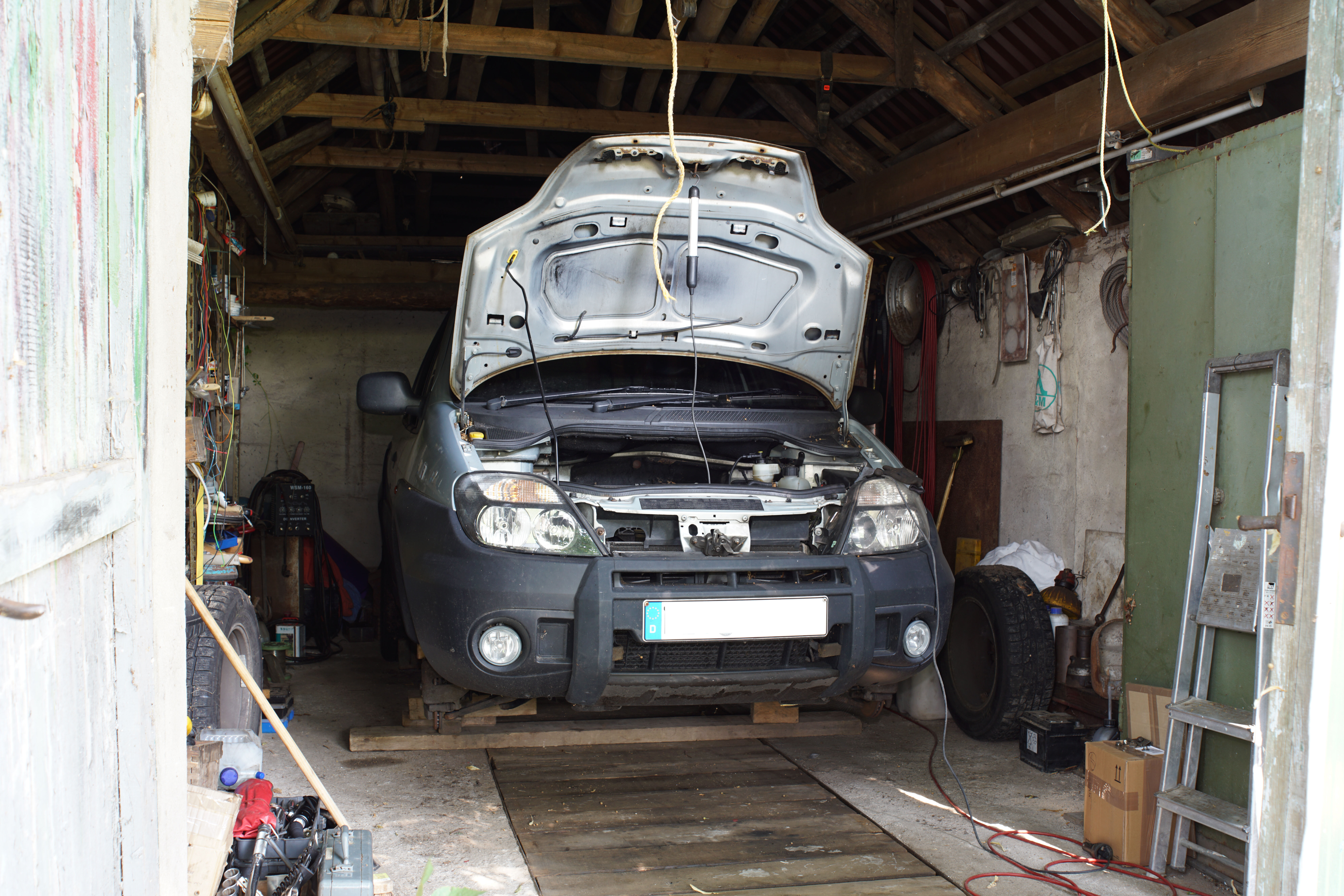 Let’s start at the very beginning: This is a Right-hand-Drive, 2001 Renault Megane Scenic RX4 2litre (permanent 4WD), bought in England, now registered in Germany and being used (when it runs again!) in Ukraine. No, this is not a new model that is hovering in the air, I have already taken the wheels off! That is a starting point for removing the gearbox, which involves taking the whole of the front sub-frame with the lower wishbones and the steering-box (rack and pinion) attached. The engine has to remain inside, as undisturbed as possible and the steering has to be locked in the dead-ahead position, also because of the airbag sensors. The steering-wheel gets locked first: 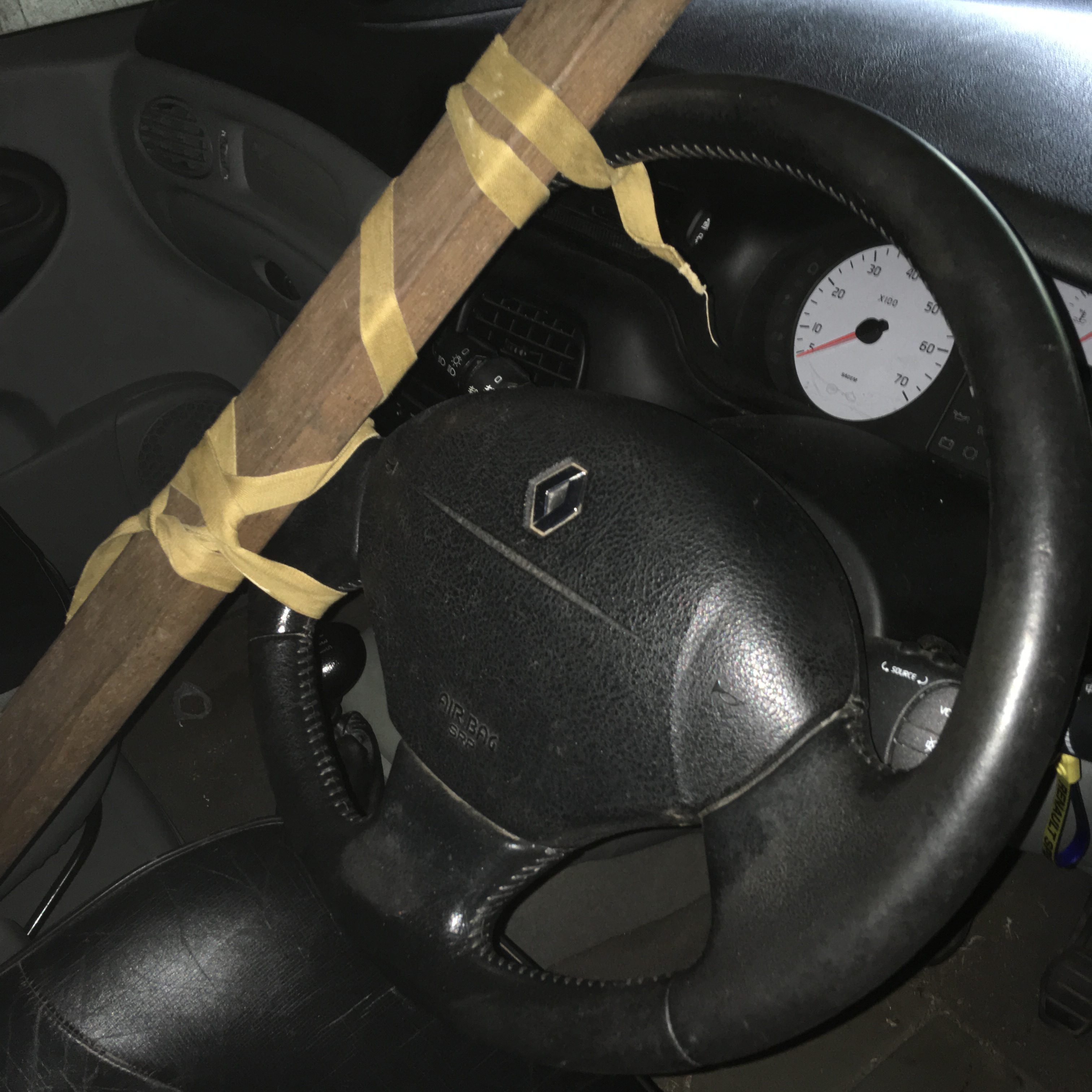 The picture above shows all you have to do – then loosen the wheel-nuts and the large wheel-bearing/drive-shaft nut on each wheel (Both R/H thread) with the brakes on for obvious reasons. Then the car can be jacked up and put on blocks and the wheels can be taken off.

From under the bonnet, the first thing that is useful at this stage is the removal of the battery and battery-box, so that you can get at the gearbox and its mount from the topside: 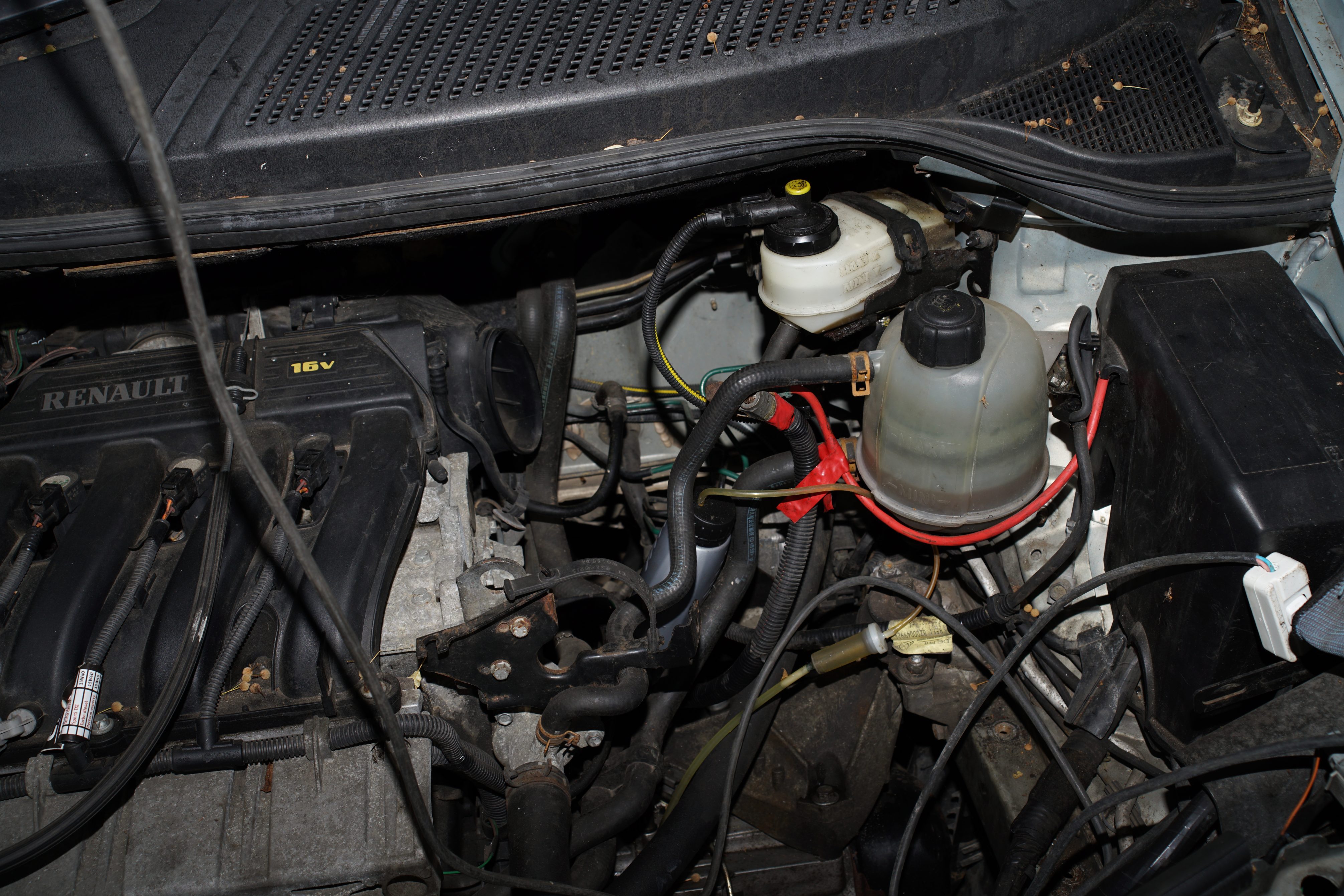 A nice open space with the gearbox-mount showing (bottom centre to the right). Then it’s back to our right, to work on the left-hand-side under the wheel-arch, as there is a fair amount to be done before we are finished.

At this stage it is worth mentioning that there will be a load of screws and nuts that will have to be taken off. Where it is sensible or convenient, put the screws or nuts back where they belong after taking off the bits that they attach. That way, you won’t lose anything or mix them up. For those bits, and there will be many, for which that is not possible, a large piece of card or a cardboard box is very useful to store the screws and ANNOTATE where they belong. Here I have just begun: 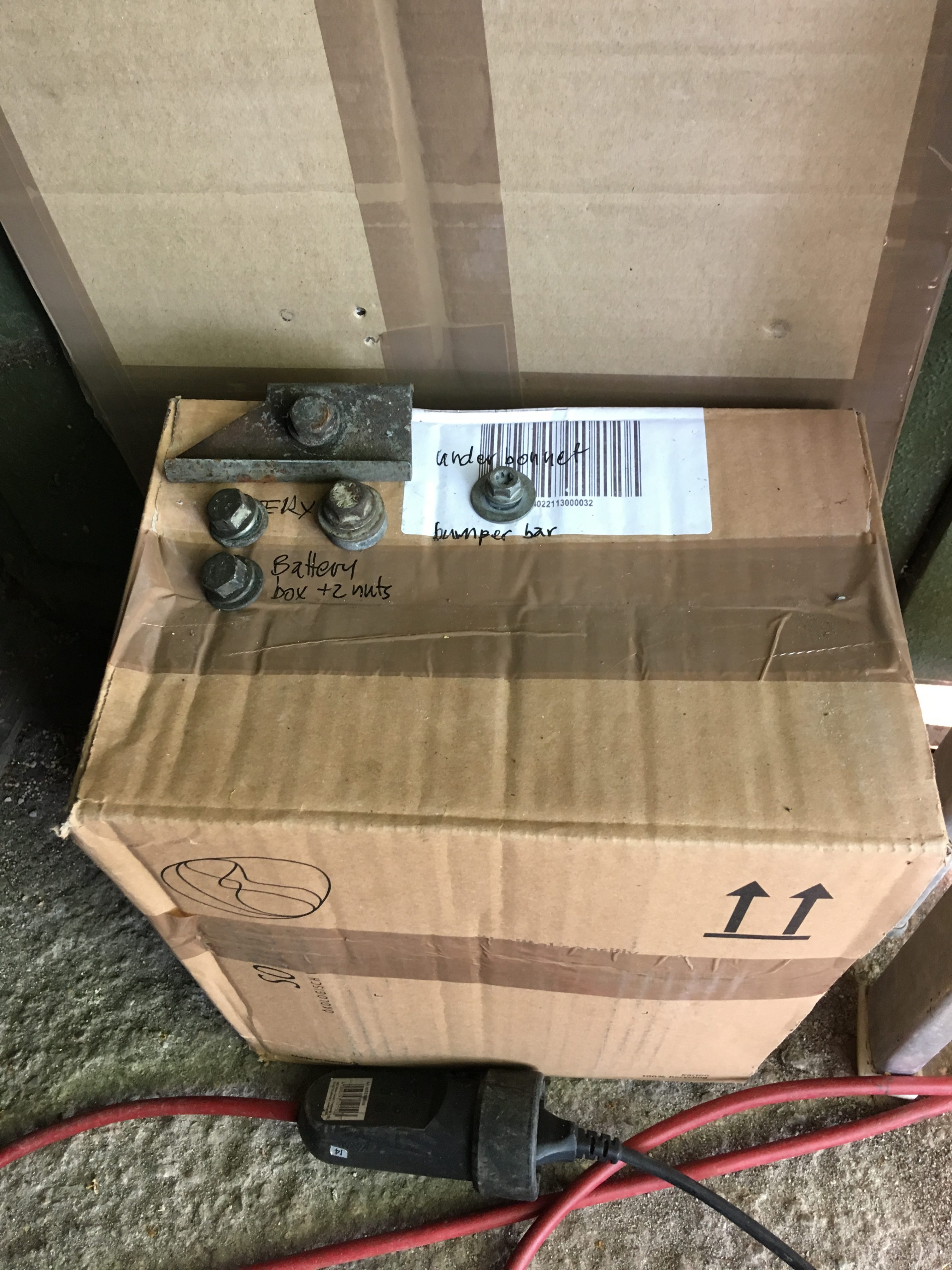 It will, of course, fill up as time goes on… The beauty of the box is that it does not take up so much space, that the screws can be stuck through it and grouped on different sides and, most importantly, that we all have at least one lying around somewhere just begging to be used in this way!

I’ll be updating this on a regular basis as I progress. Due to a shoulder injury, I have to take my time and try not to overdo things, so I am taking it slowly, so as not to do any more damage than I have already done! If you like this sort of thing – and I hope that it could even be useful to see how it is done – come back later and see how it all comes together!