Ever wondered what the real internal differences are between Minolta‘s first SLRs? First pic is of an SR-2 stripped of the ‘leather’, top and bottom plates off and my high-tech protection for the mirror box internals. The front plate with the mount and self-timer has not yet been removed. 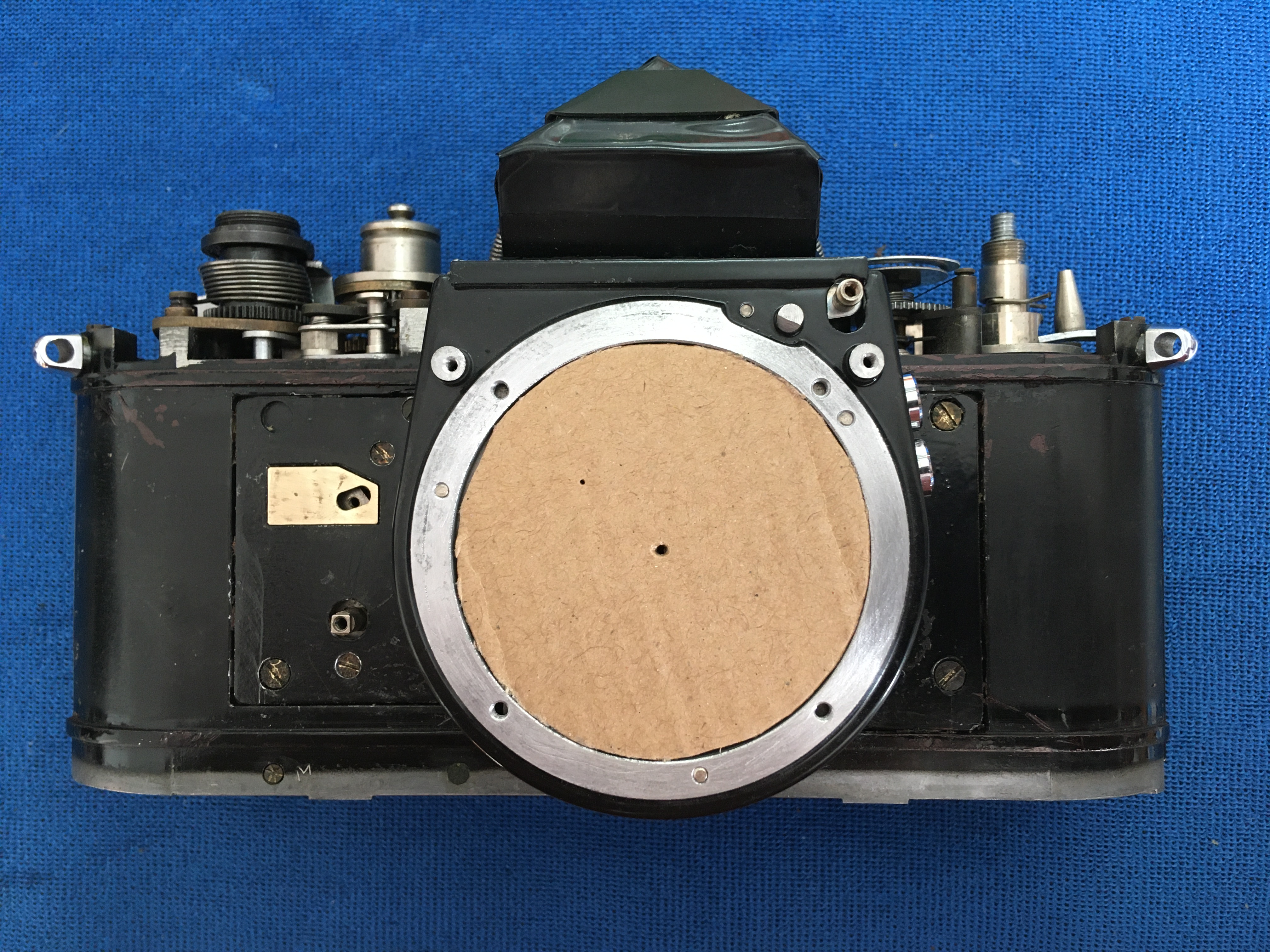 SR-1 partially dismantled, but with the front mount section already off and the self-timer no longer fitted. Notice the difference between the castings and the ‘SRC’ in relief on the front next the mount: on the SR-2 there is not any such marking. 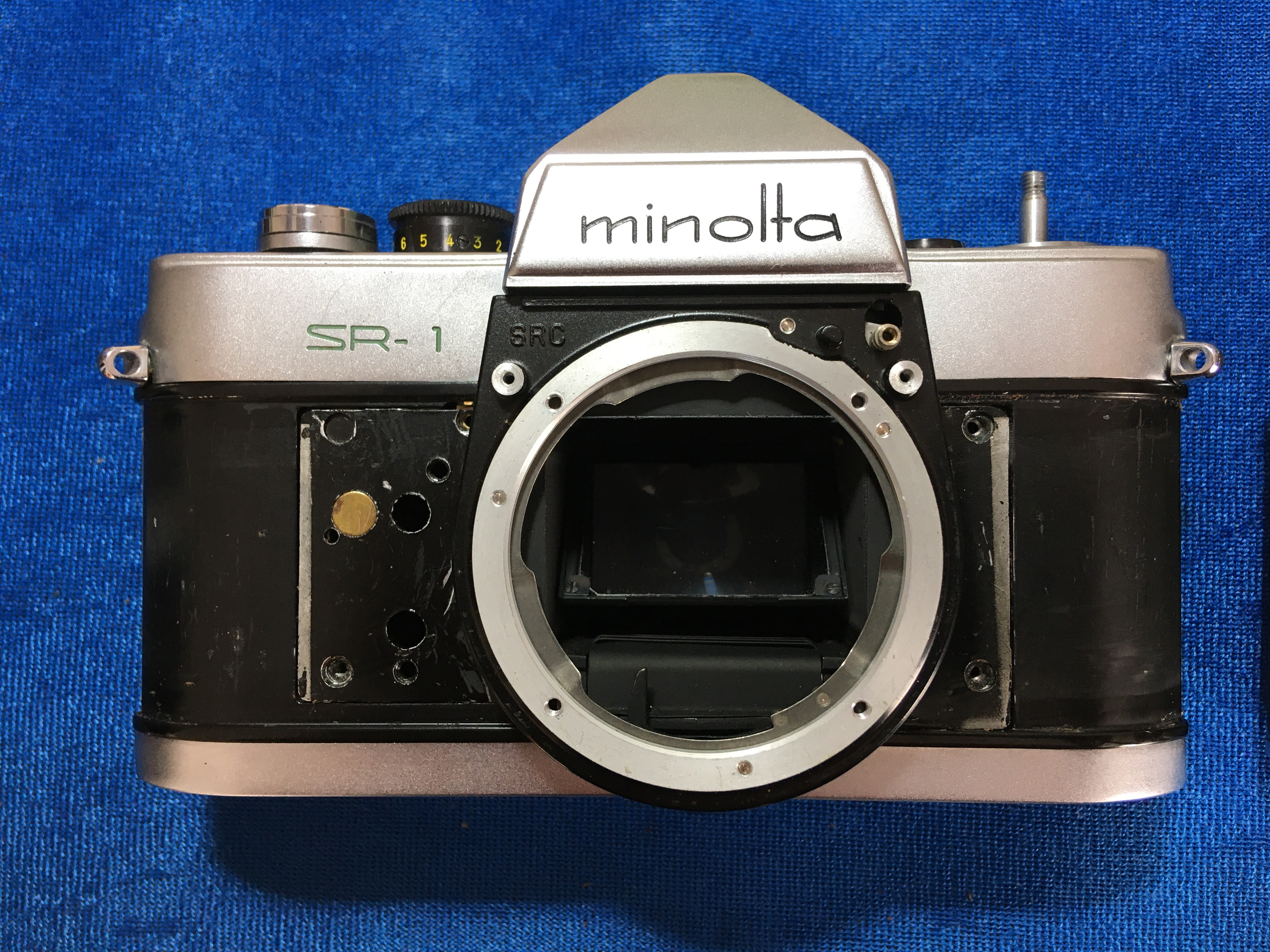 Here I’ll give a short look inside to still your curiosity (and mine!). So the SR-2 was the first in late 1958 and is put next to an SR-1 from around 1961, the ‘c’-version; the last one before the change was made to the aperture automatic. Two quite different mechanicals altogether, despite looking very similar, especially the bottom end, where the aperture and shutter actuation takes place.

Optically, the early and later models are relatively easy to tell apart if you know what to look for.. all the 1959 models have a much smaller eyepiece on the back, which is not so easy to spot at a glance. Easier to notice is the shutter-speed knob on the really early ones (the SR-1, too) that needed to be lifted to change the shutter-speed. On the top the scale is not quite evenly distributed, the 250, 500 and 1000 look evenly spaced, but they do have a little white line engraved to show the actual position needed to dial in those three speeds. From the front, the early dial is more conical in shape, wider at the bottom and smaller in diameter on the top than the later model (there is about a 2mm gap to the winder-lever). The later one, as you can see, is more straight from the side, and is as a result larger on top and has evenly spaced engravings up to 500, without the extra lines. The earliest SR-1 shutter-speed dial was similar in shape and size to the SE-2, missing the top speed, of course. There follows a series of photos showing some of the the external and the internal differences. Later I will show the internals of the first SR-1 model, but the differences between these two models are more obvious 🙂 The picture below shows the SRC on the casting rather more plainly. 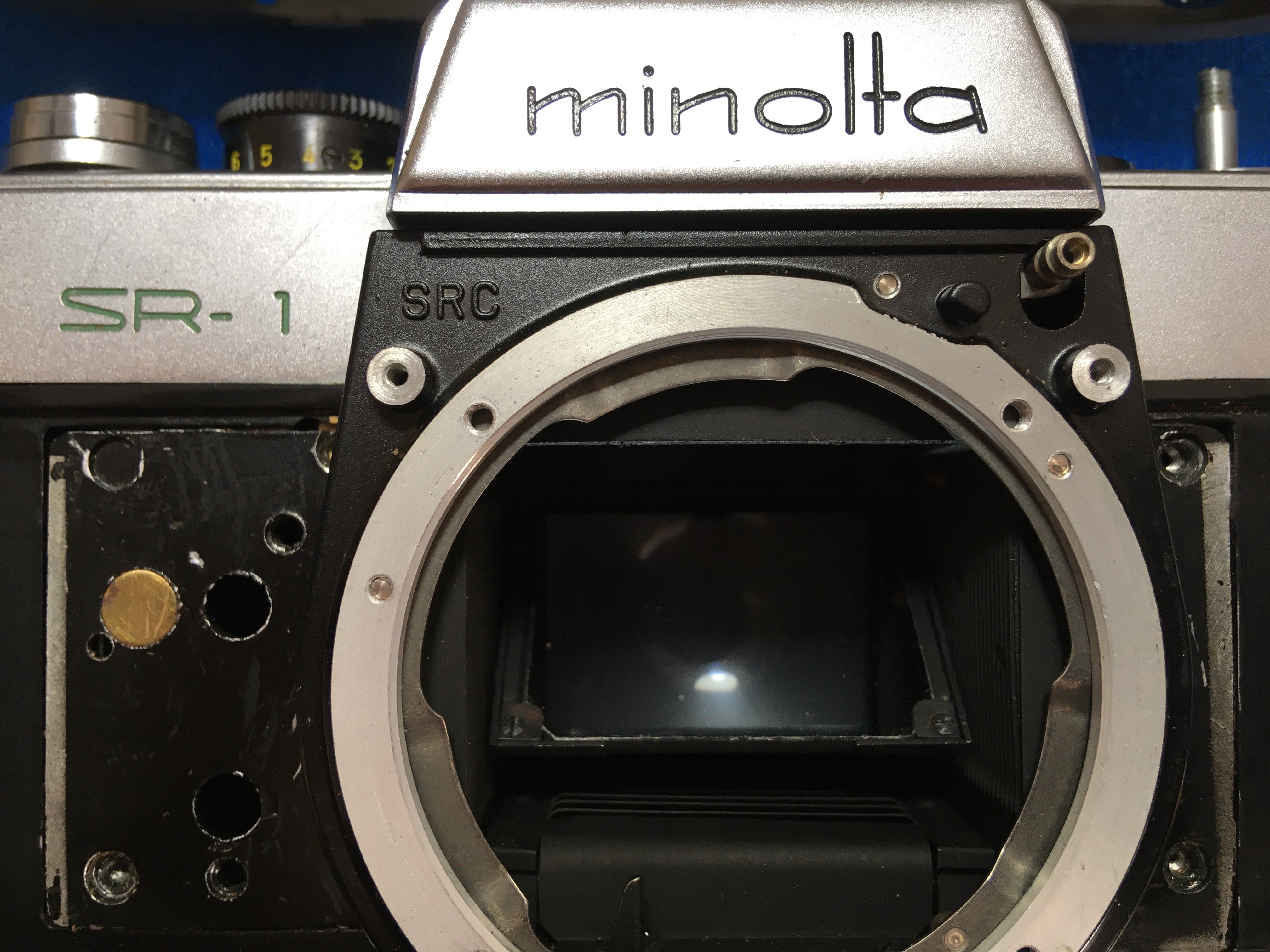 There are, of course, lots of detail differences, that are too many to mention here, but worth mentioning and visible in this shot, is the mirror-fixing with screws, rather than the riveted-on mirror in the SR-2 🙂 There are also subtle differences between the self-timers, not only the front casting which they are mounted to: The one on the bottom or the right in this picture is off the SR-2 and fits behind the oblong brass plate. It also has an extra large flat screw (taken off on this picture below, but visible later once mounted) on the front side and the teeth on the spring-gear (the largest one) look like they have been ground or worn down… look closely at the pictures and you will see what I mean! The difference in the gear is plain to see. 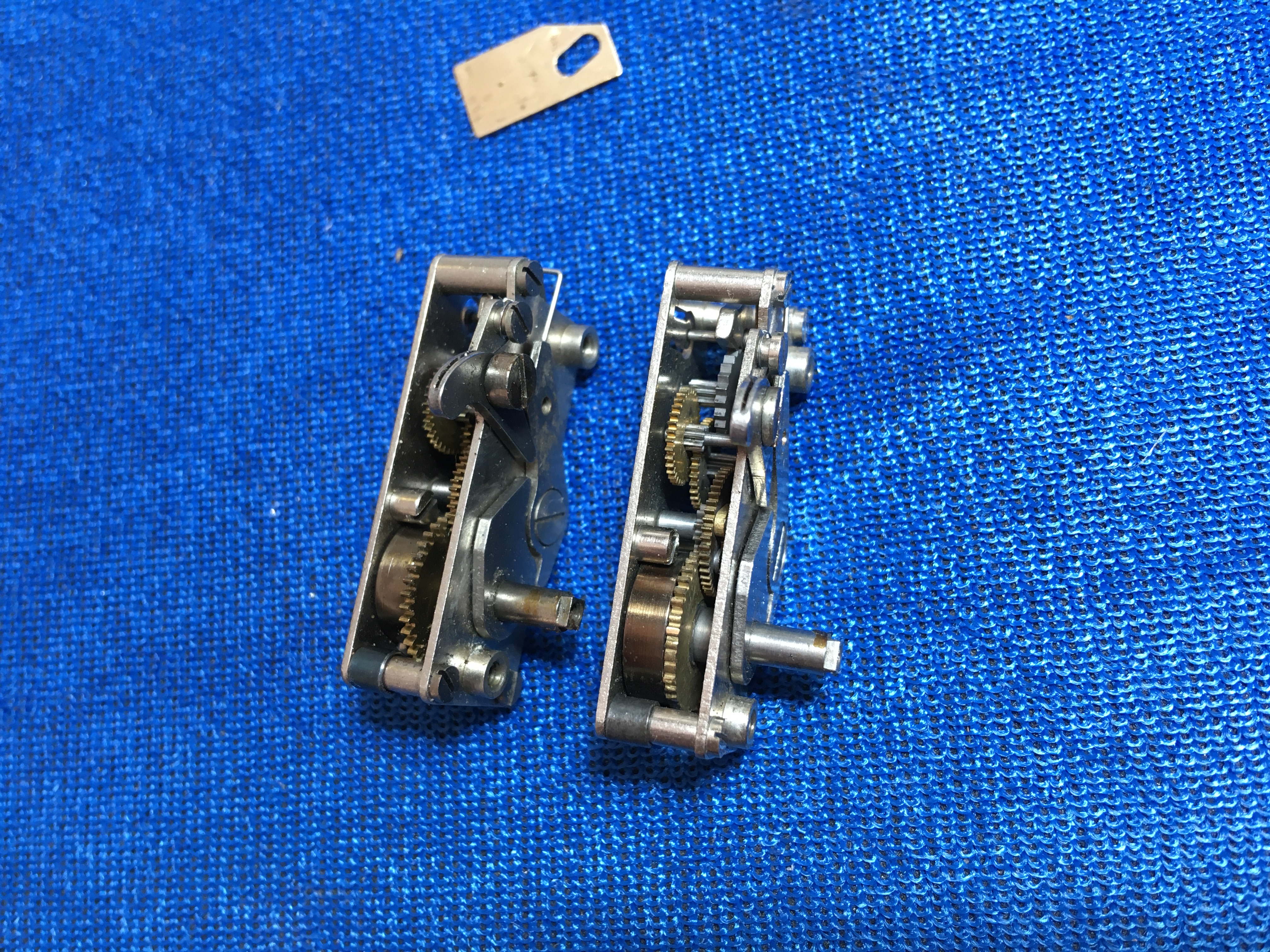 SR-2 with the sellotape and here the differences in the gear-teeth are more obvious on this one. Note also that the backing plates are not the same, though the mechanisms are largely interchangeable: 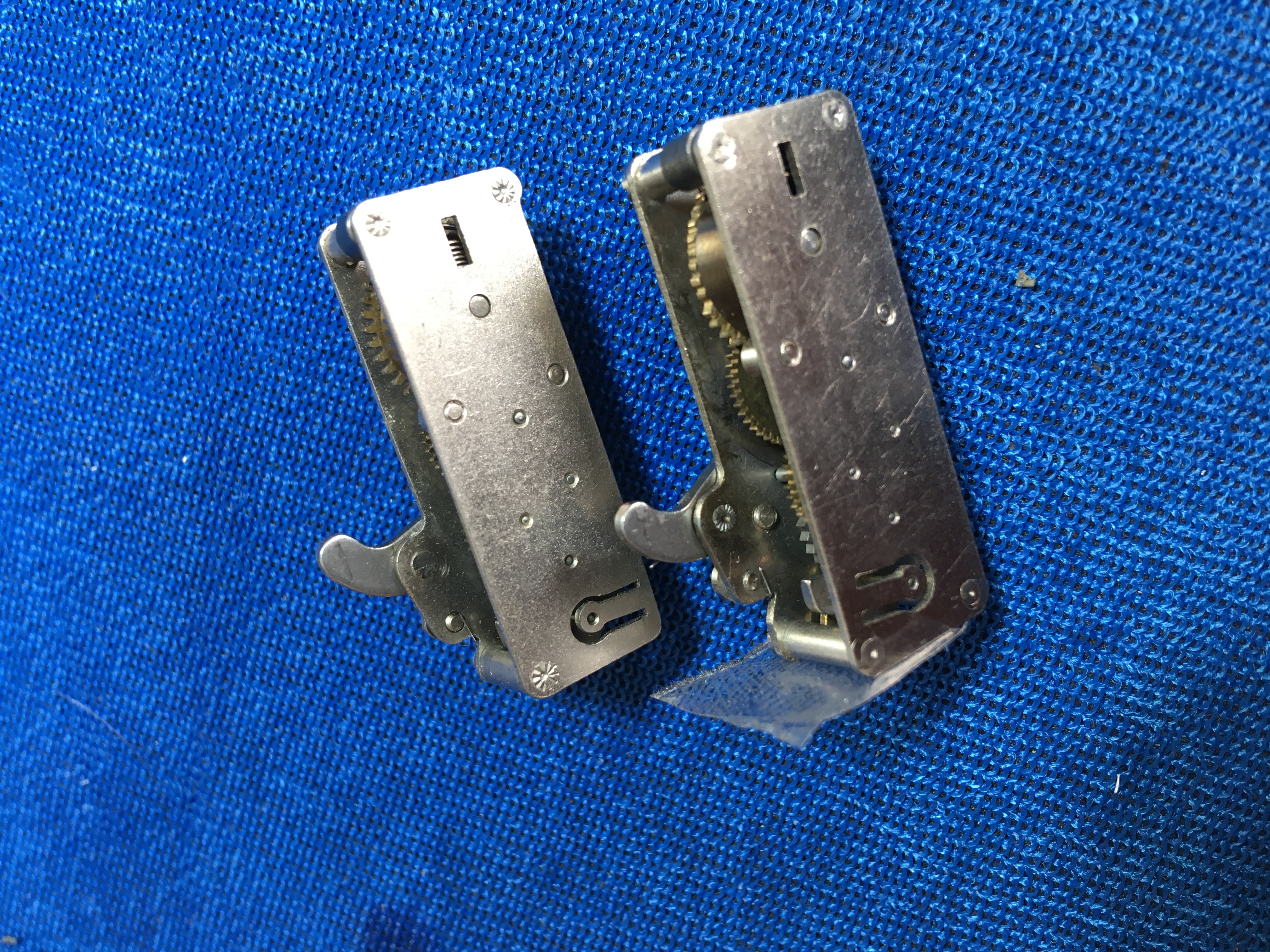 Here the SR-2 self-timer is fitted and the large screw which is no longer on the later models at the front is rather obvious. The screw behind it on later ones is also significantly thicker (see pictures above). 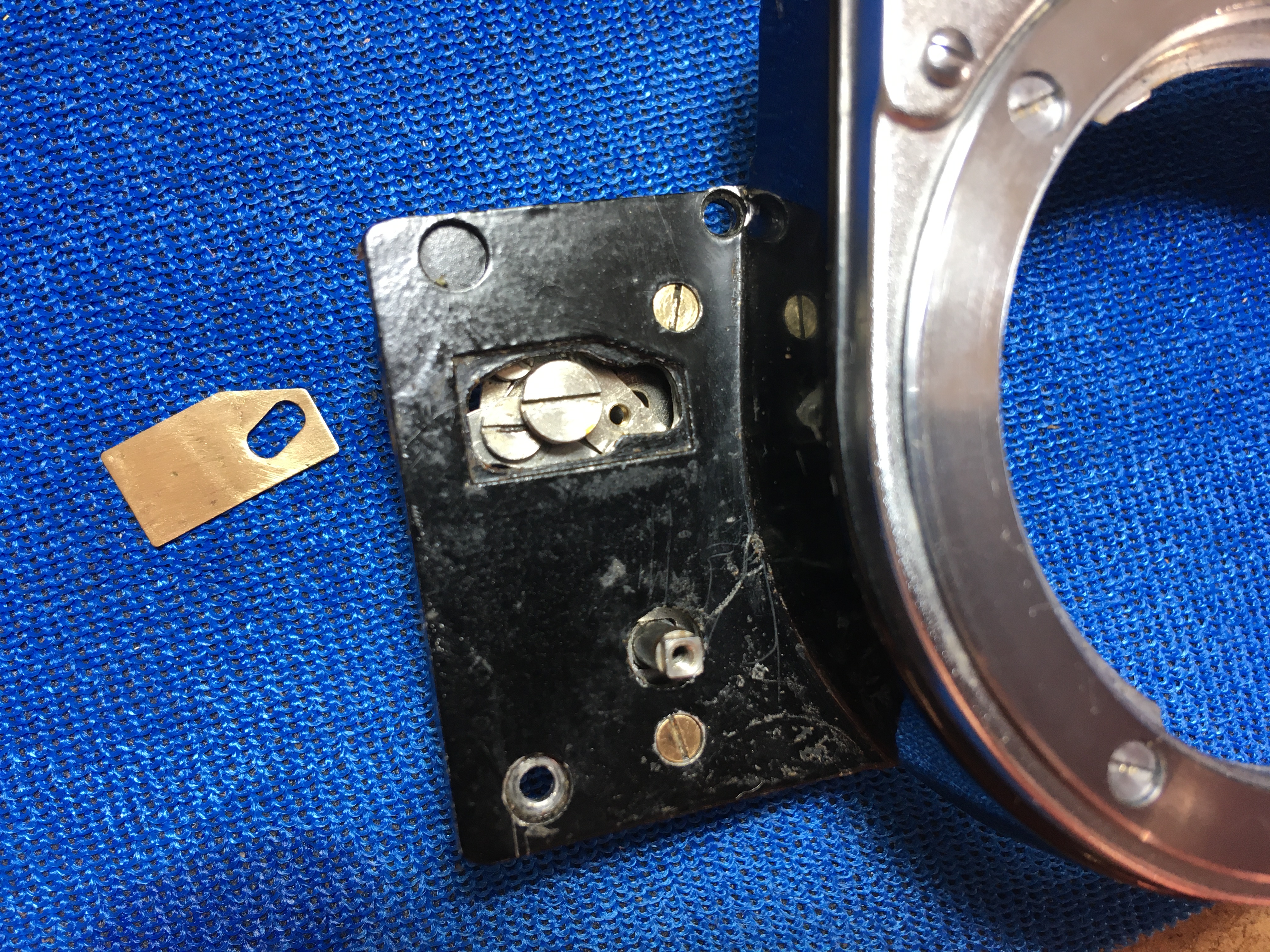 Below shows the shutter-release mechanism in the base which is distributed half-half between topside and bottom. Most jamming can/must be sorted down here, the shutter speeds are controlled on topside. The lead-wires are for the flash synch and every camera seems to have them differently routed, depending on the wishes of the assembler! Here the difference in the size and shape of the tripod-mount is also visible, along with the completely different mechanical layout… few interchangeable parts here! 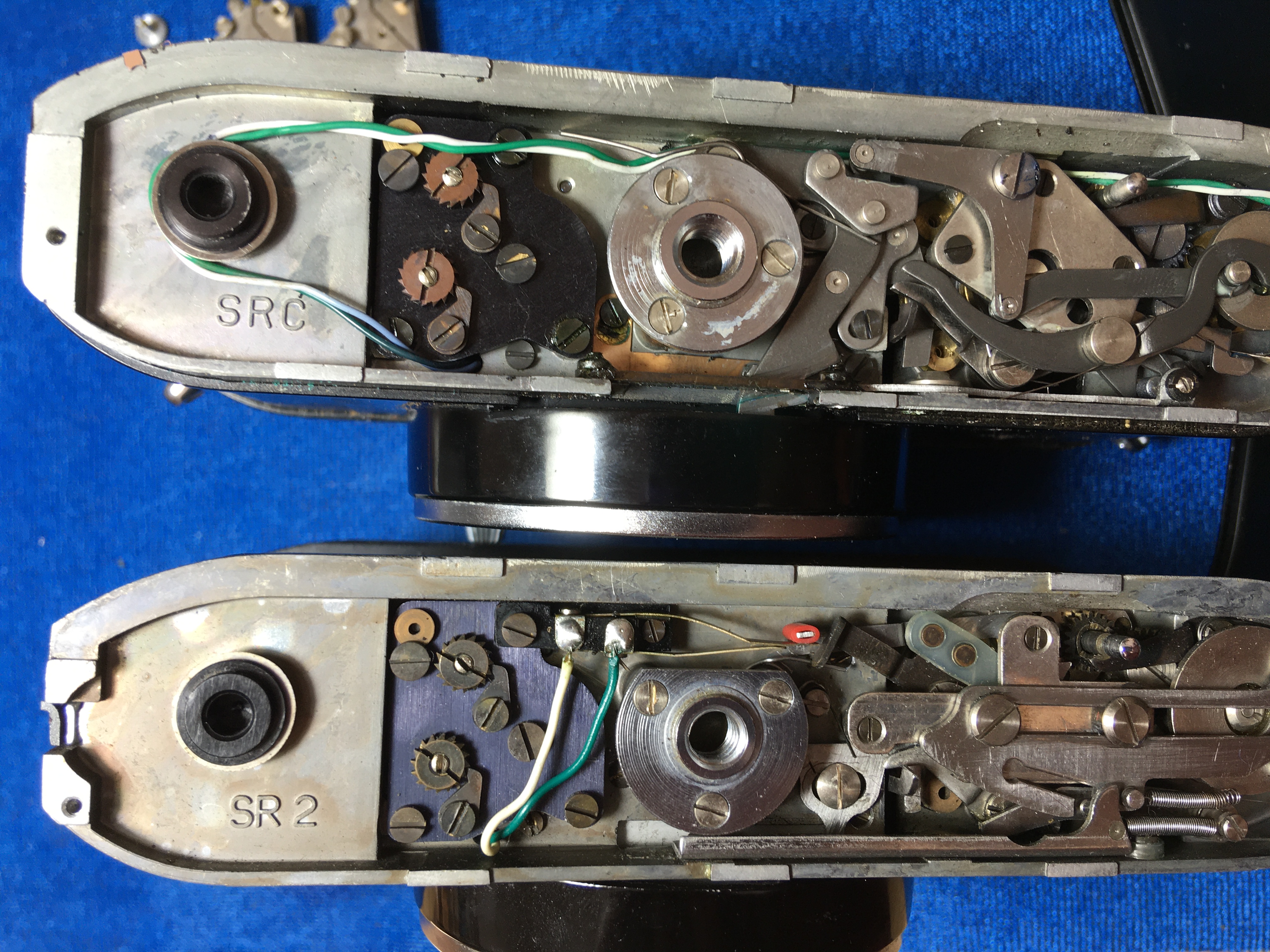 A look at the base plates shows that both are also different, as the mechanism on the SR-1 needs a cut-out at front (behind the lens-mount) to accommodate it – in preparation for the following model. At this stage, they both still have the long-travel aperture lever. the hole for the tripod-thread is also larger on the baseplate of the later body. 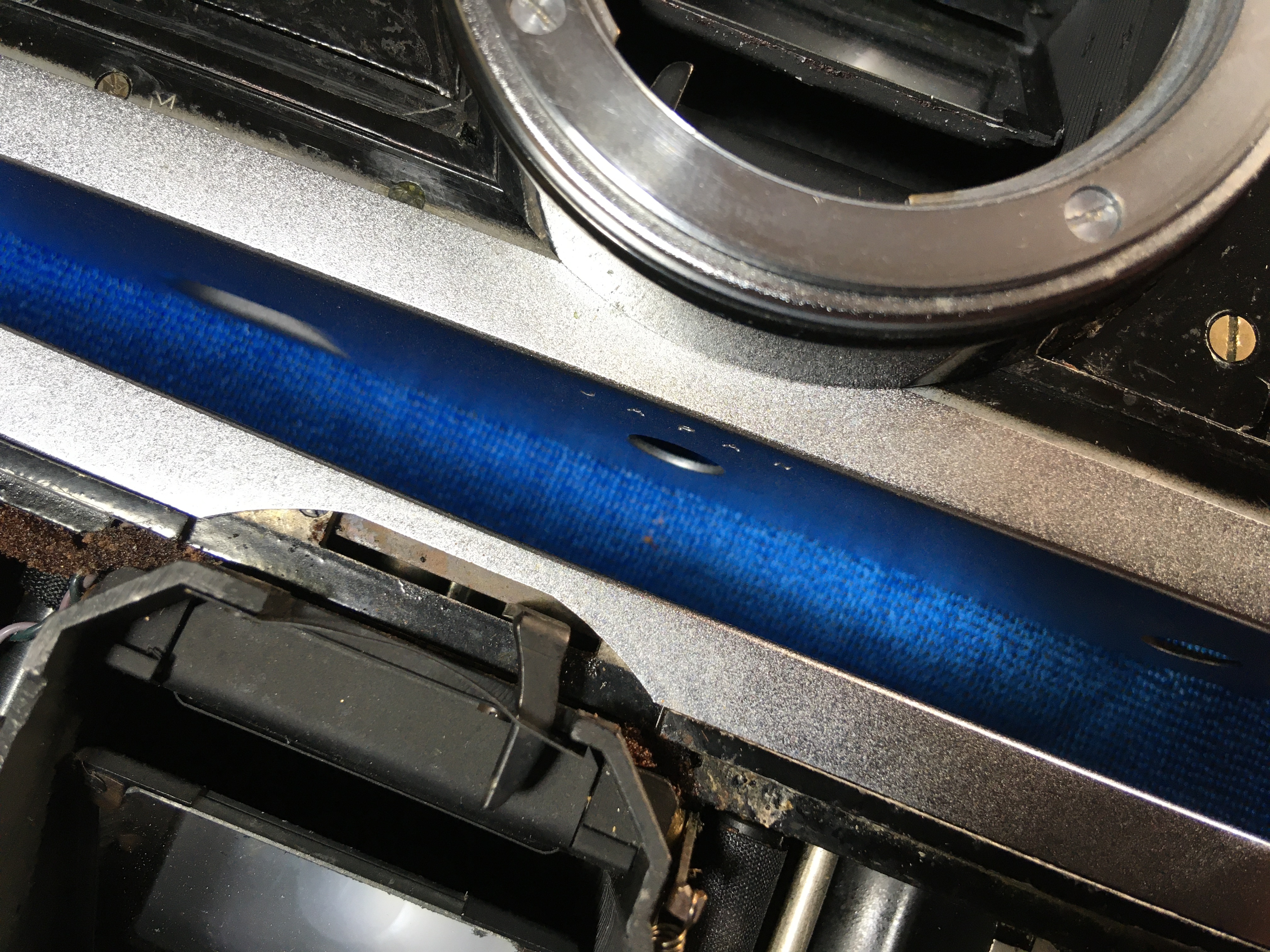 Well, that wraps it up for today. I will sort out the orientation of the pictures when I get home… I wrote this on my phone and it won’t let me do everything I want to! 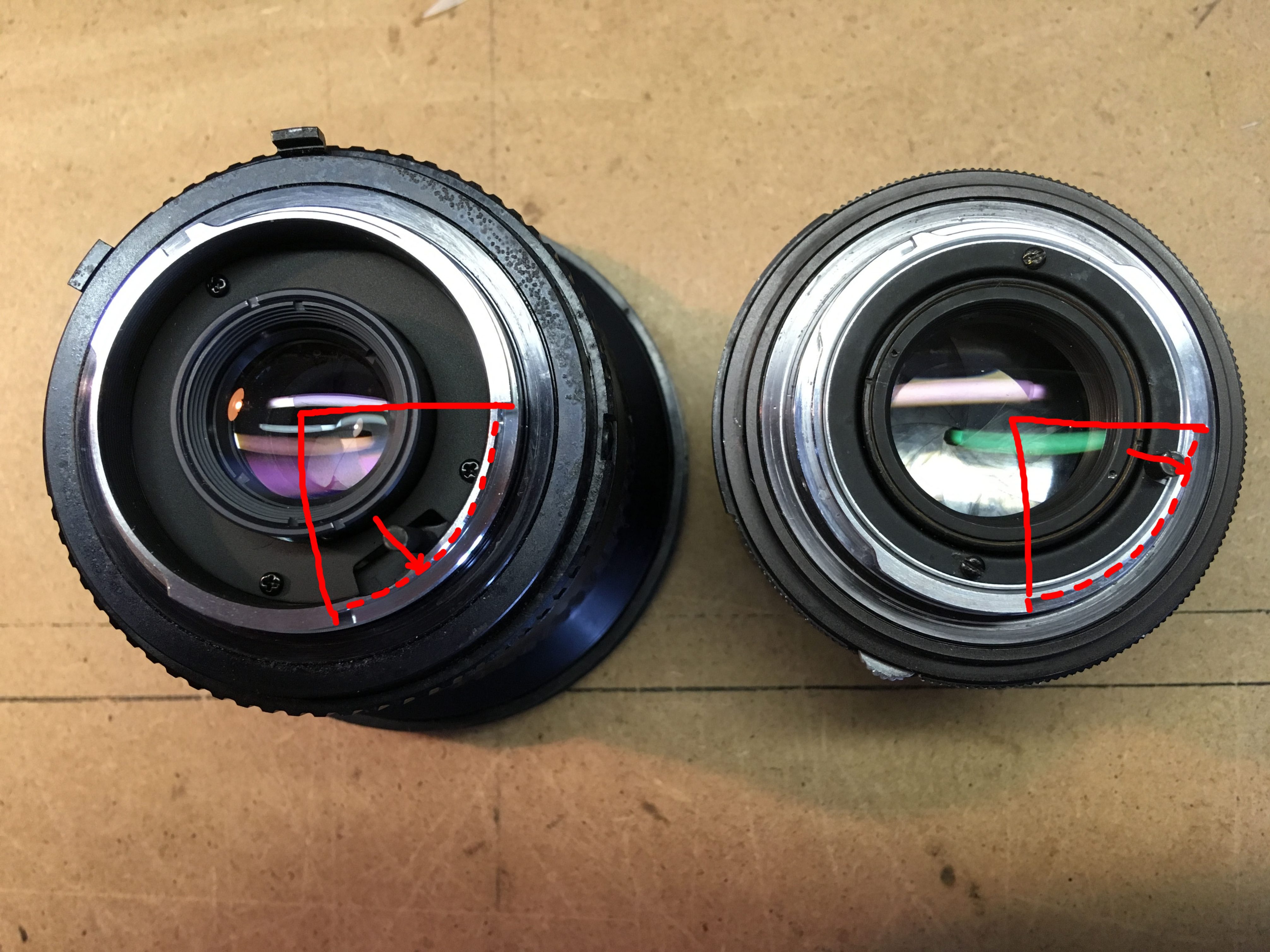 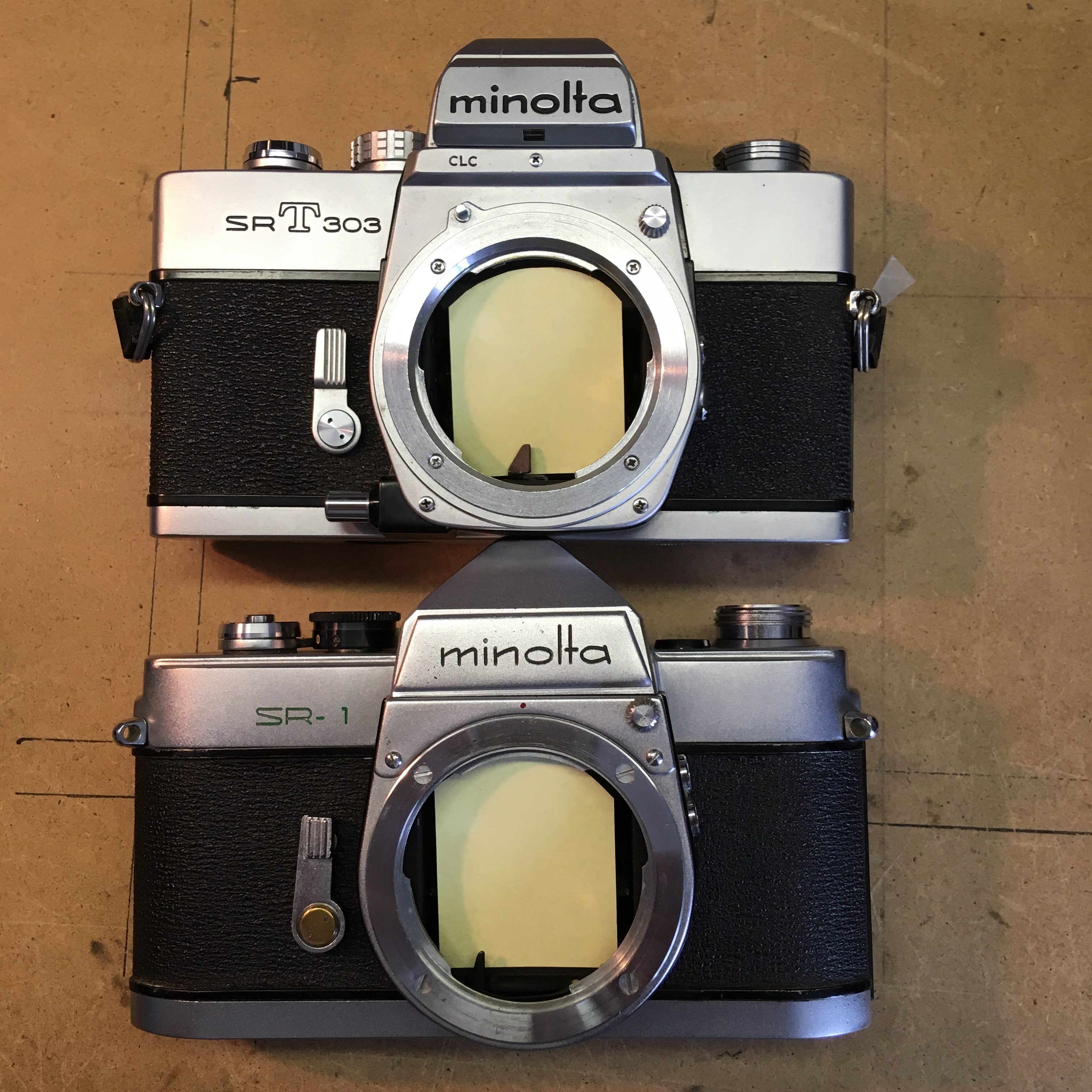 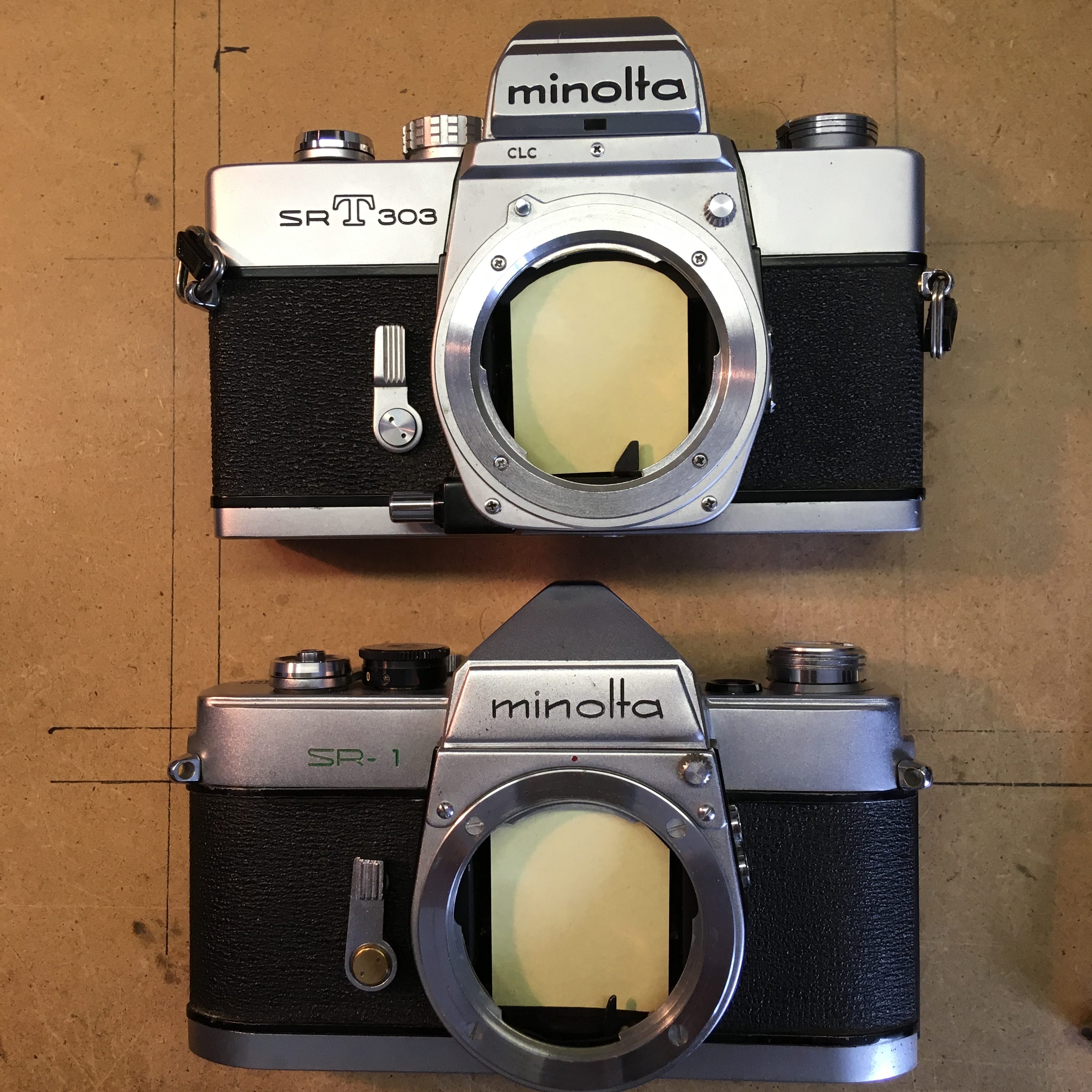 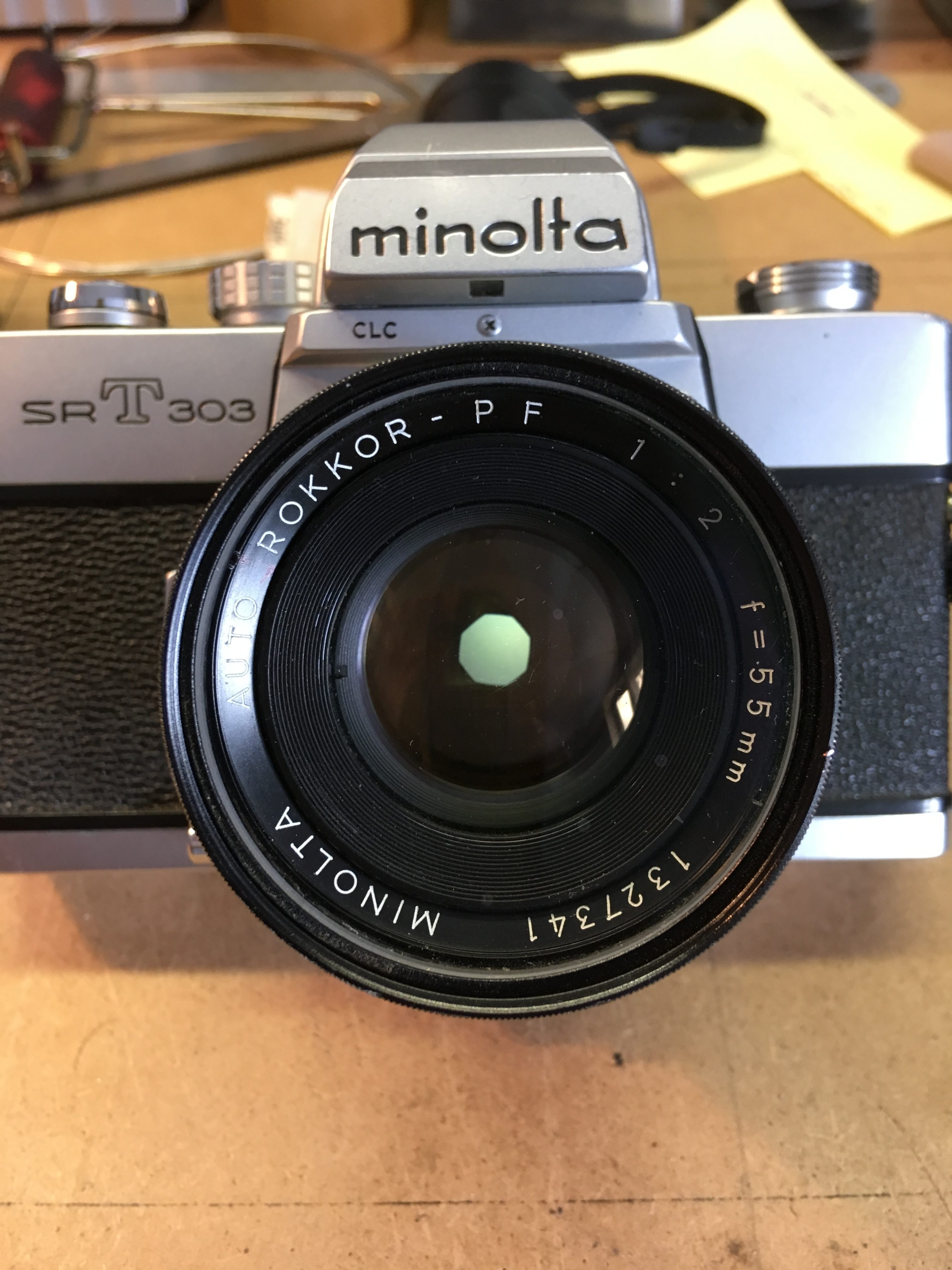 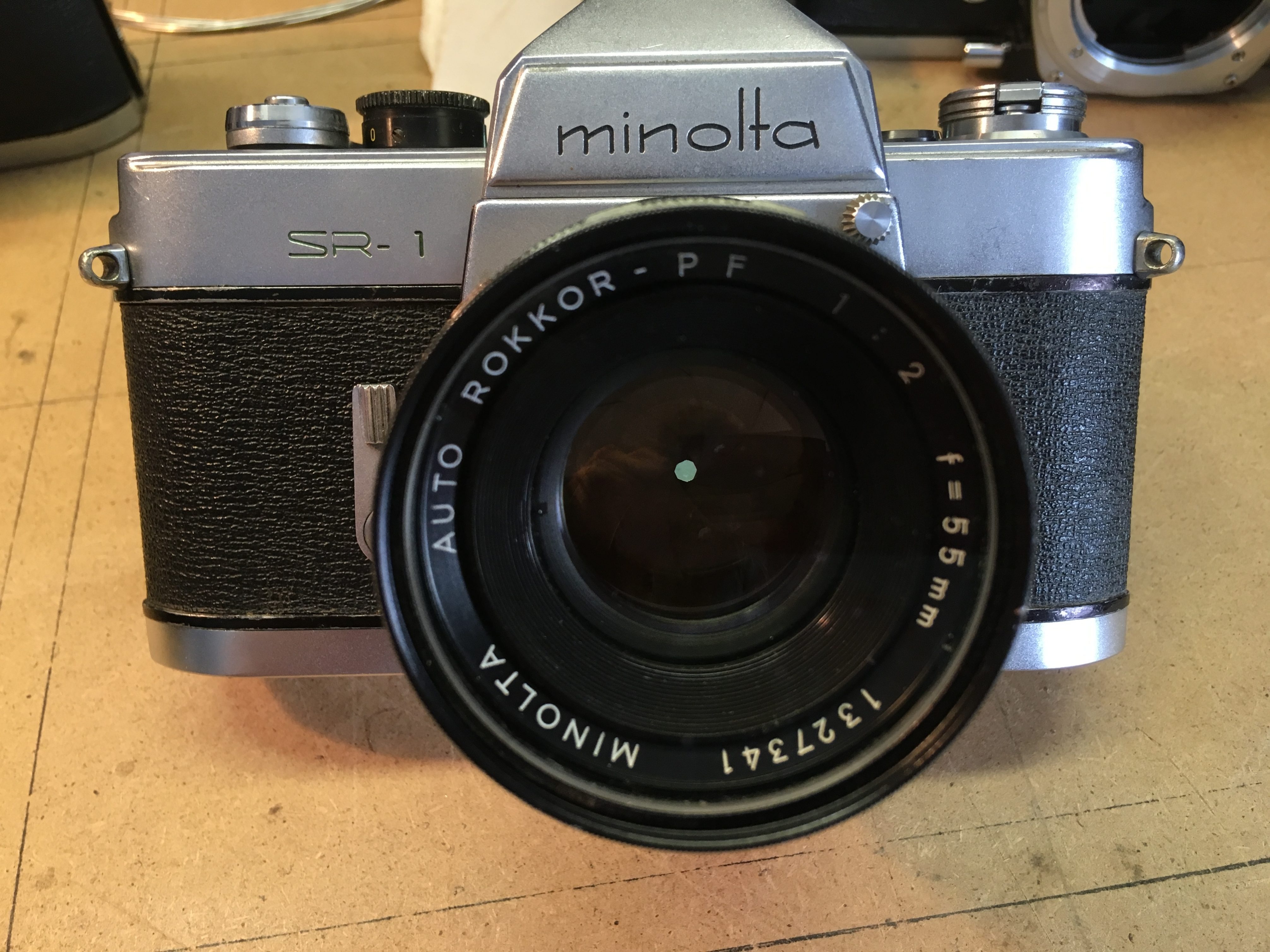