It was over 30 years ago that I started painting Easter Eggs with the children. Well, theirs were always a bit simpler to start with, but the main thing was that we were sitting together and doing it. I only finished one every year, but they had loads done and the whole place was a mess, but what fun did we have together! Here are a few that I have done in the past: the Macintosh is the oldest surviving one, over 15 (!), then comes Tir Nan Og (the little house in the swamp) and Lynda’s 10th Birthday which is now over 10 Years old. The workbench with the traditional waxing up tools for Ukrainian Easte Eggs which you can see on the table, is about 2013, as is the Russian Birthday egg for a friend, which was painted with watercolours, like the others depicted above. After that, there are some examples of the traditional wax ‘Batik’ Eggs for the Ukrainian Easter celebration, full of Symbolic meaning, both Pagan and Christian. 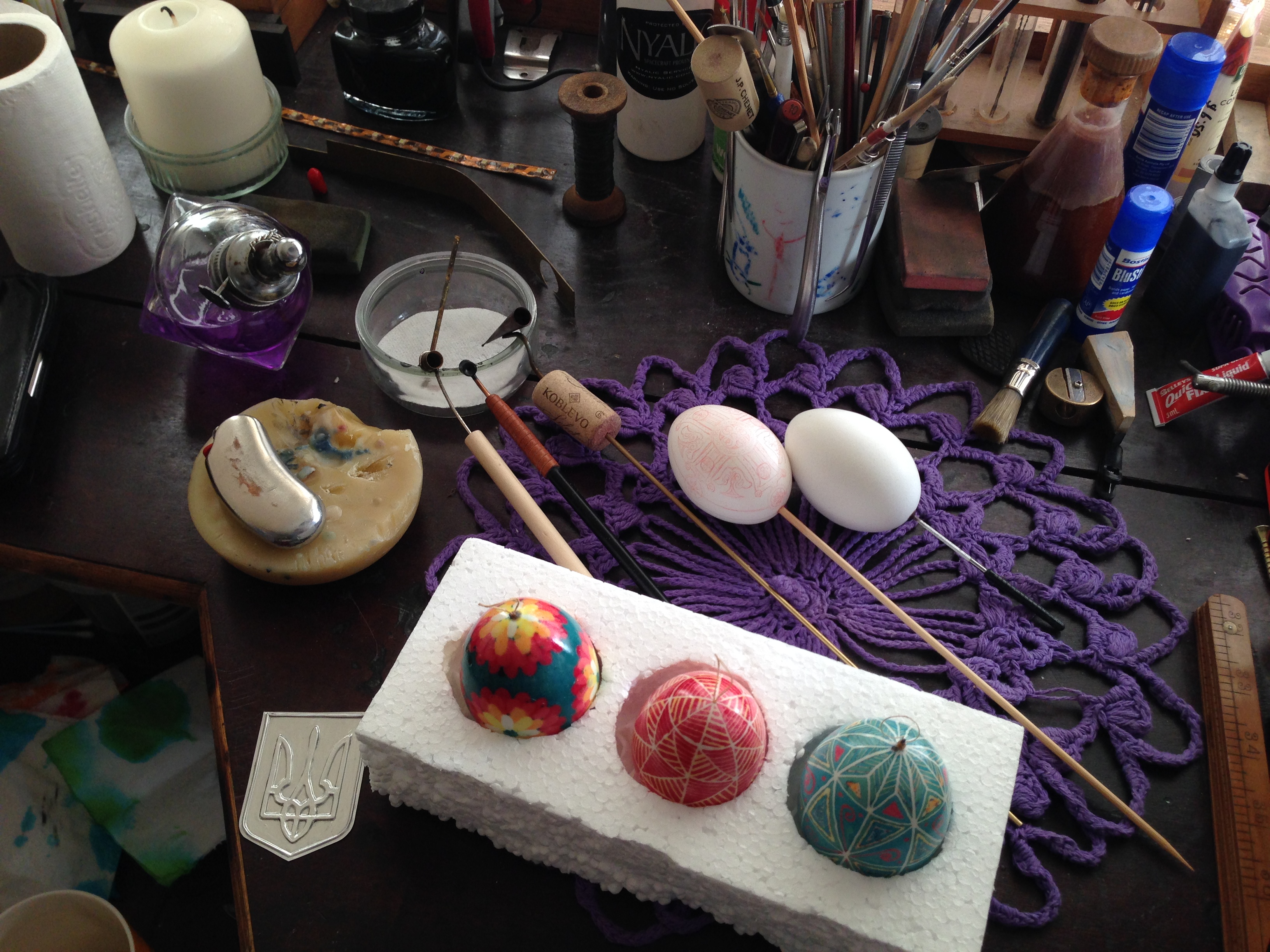 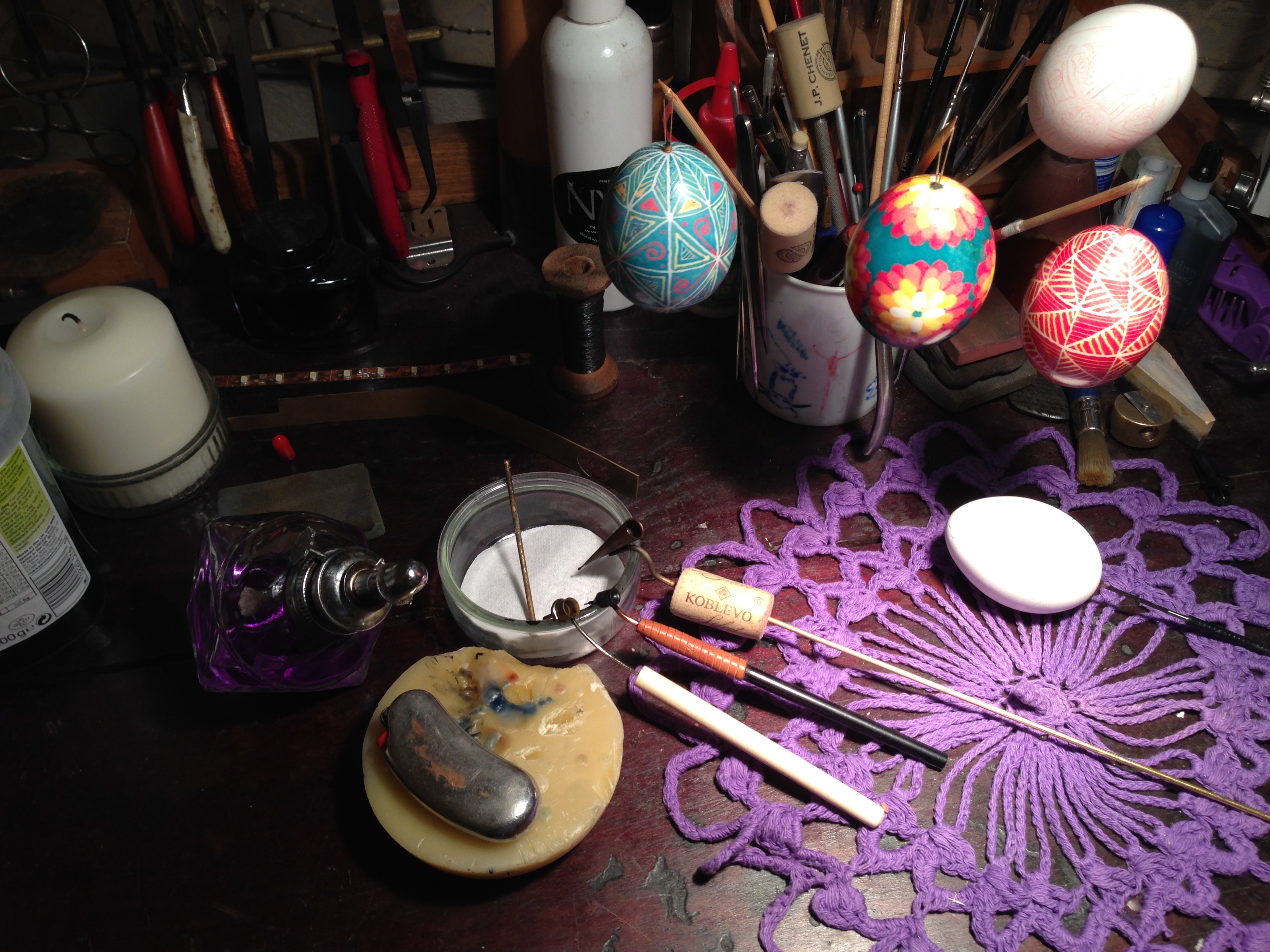 Lynda’s Birthday egg is full of symbolism, most obviously the Happy Birthday melody around it. 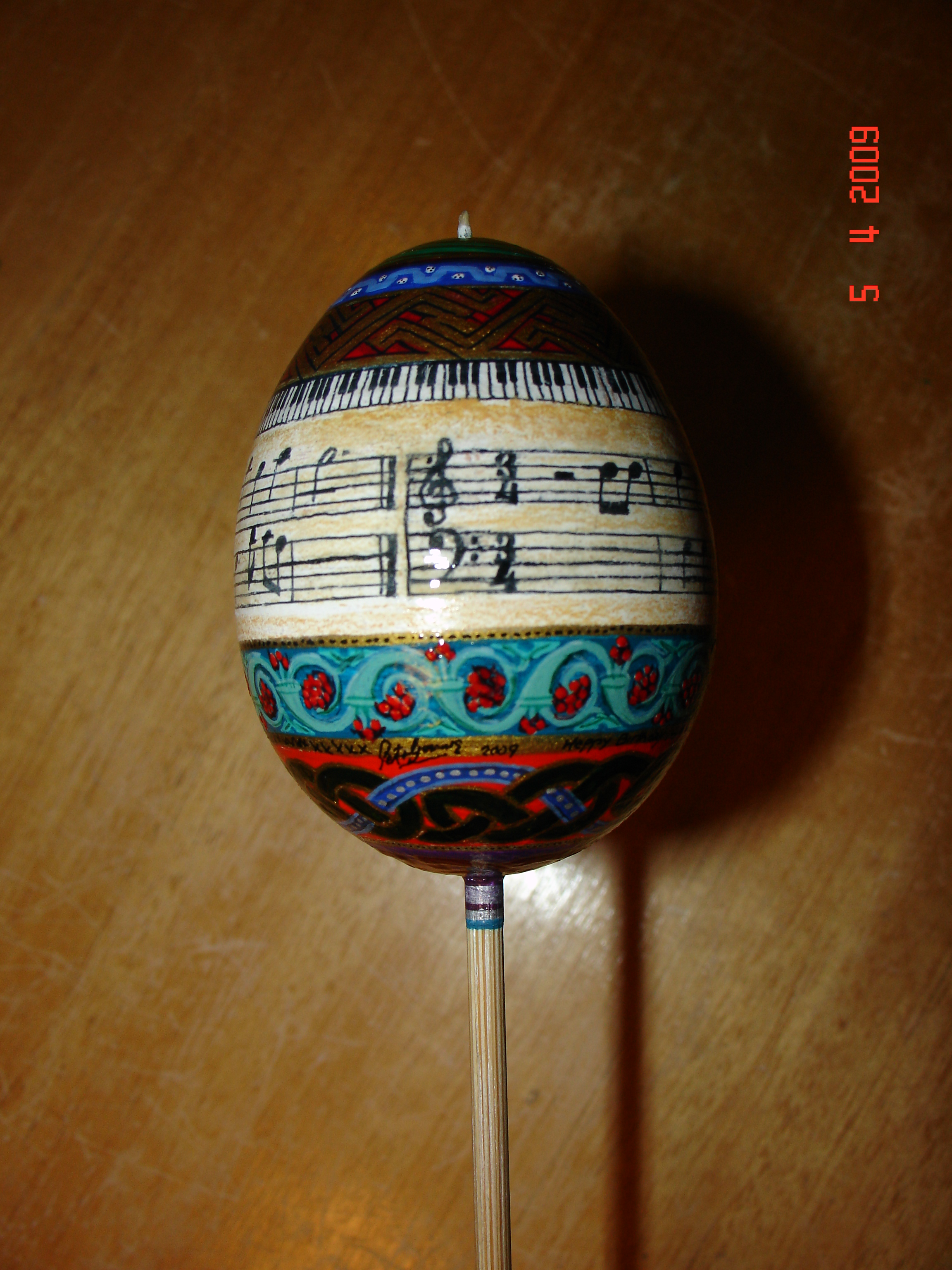 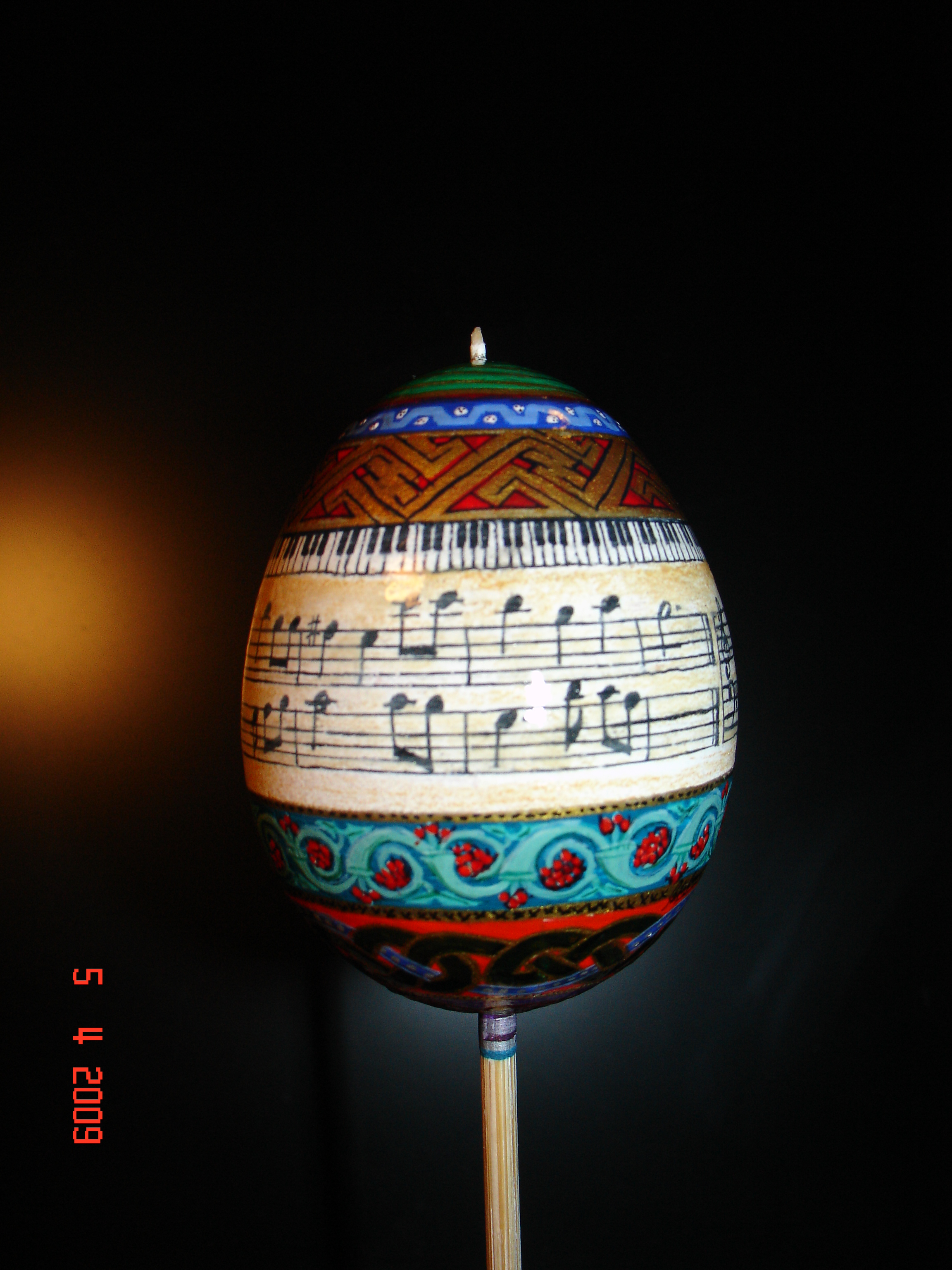 The top is the beginning of life itself, the spiral depicting the inexorable link between her, her mother and I from the beginning. The blue wave is a depiction of her footsteps (development) along life’s road. The maze underneath is life’s journey itself and its unexpected erratic twists and turns. THEN comes the music, which had already become an important part in her life. She played piano then and went on to play Kontrabass at an orchestral level before leaving school already! 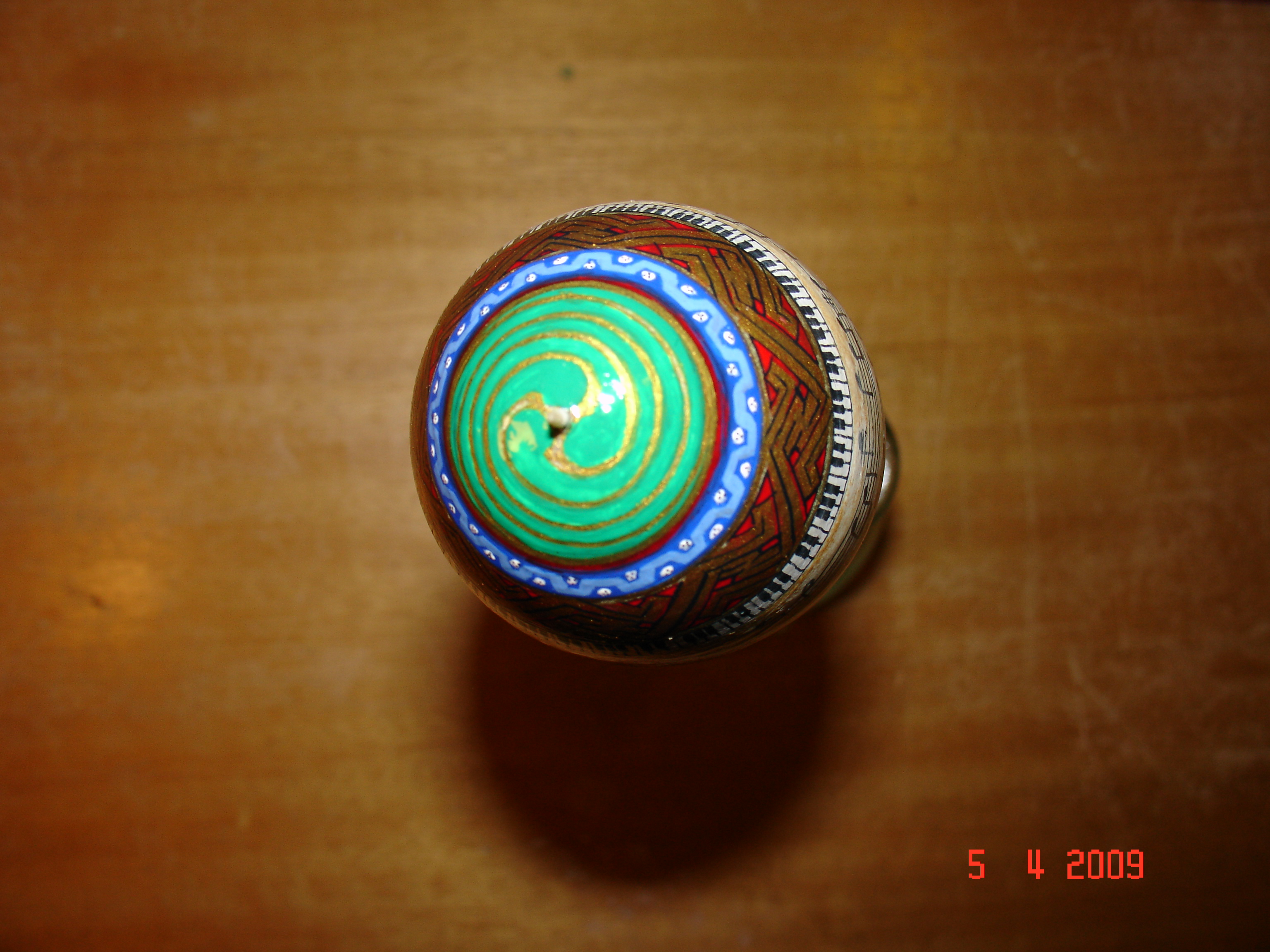 AH, then we have the tree of life bearing fruit and below that another twisting road, and her route through it, interwoven with her link to her DNA – her parents, who will always be there, in her, with her, wherever her route leads. Right on the bottom, four interlinked symbols, one thread – the passing of the seasons forever in a circle, the same order every year, flowing from one into the other ever onward. 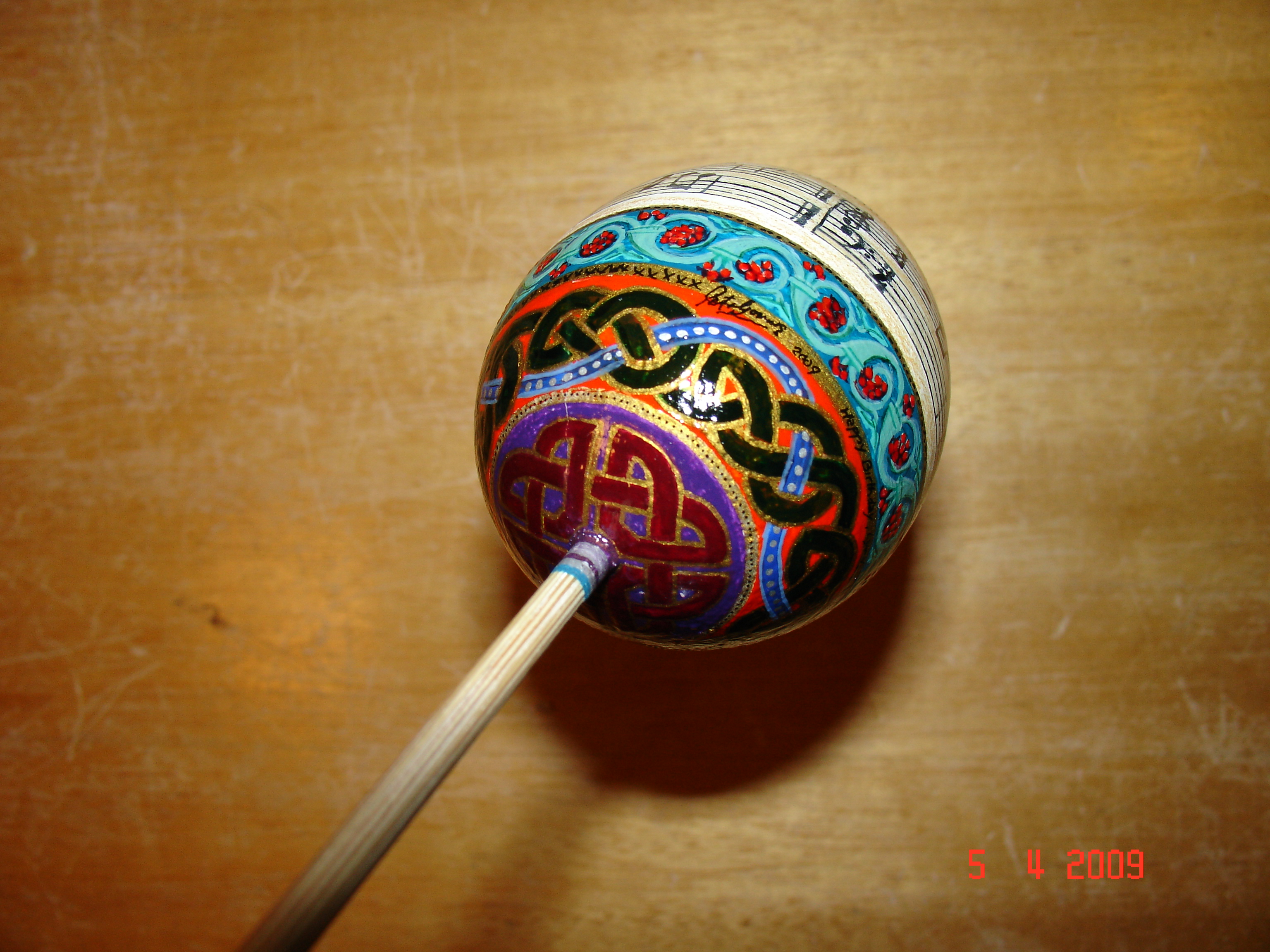 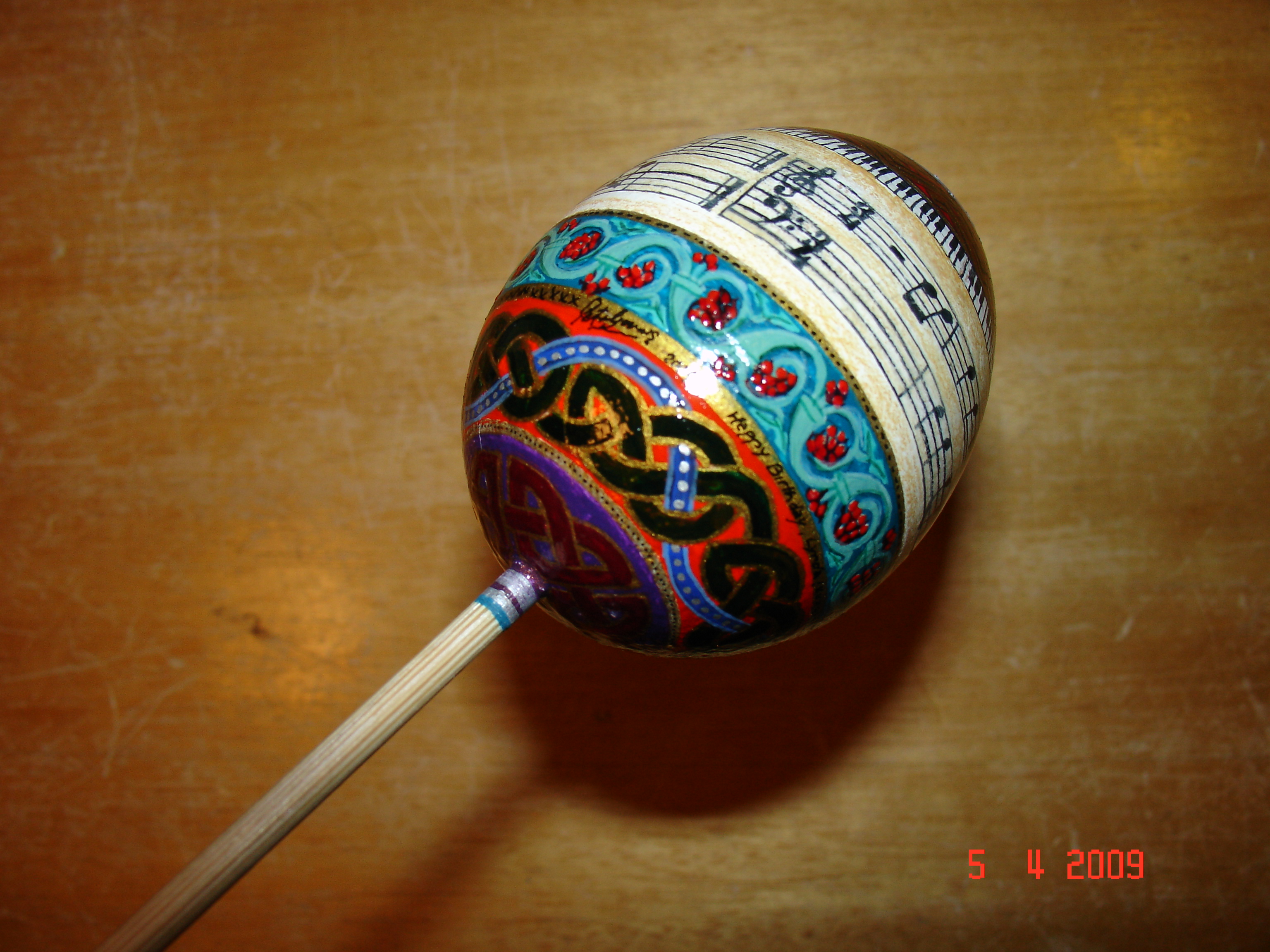 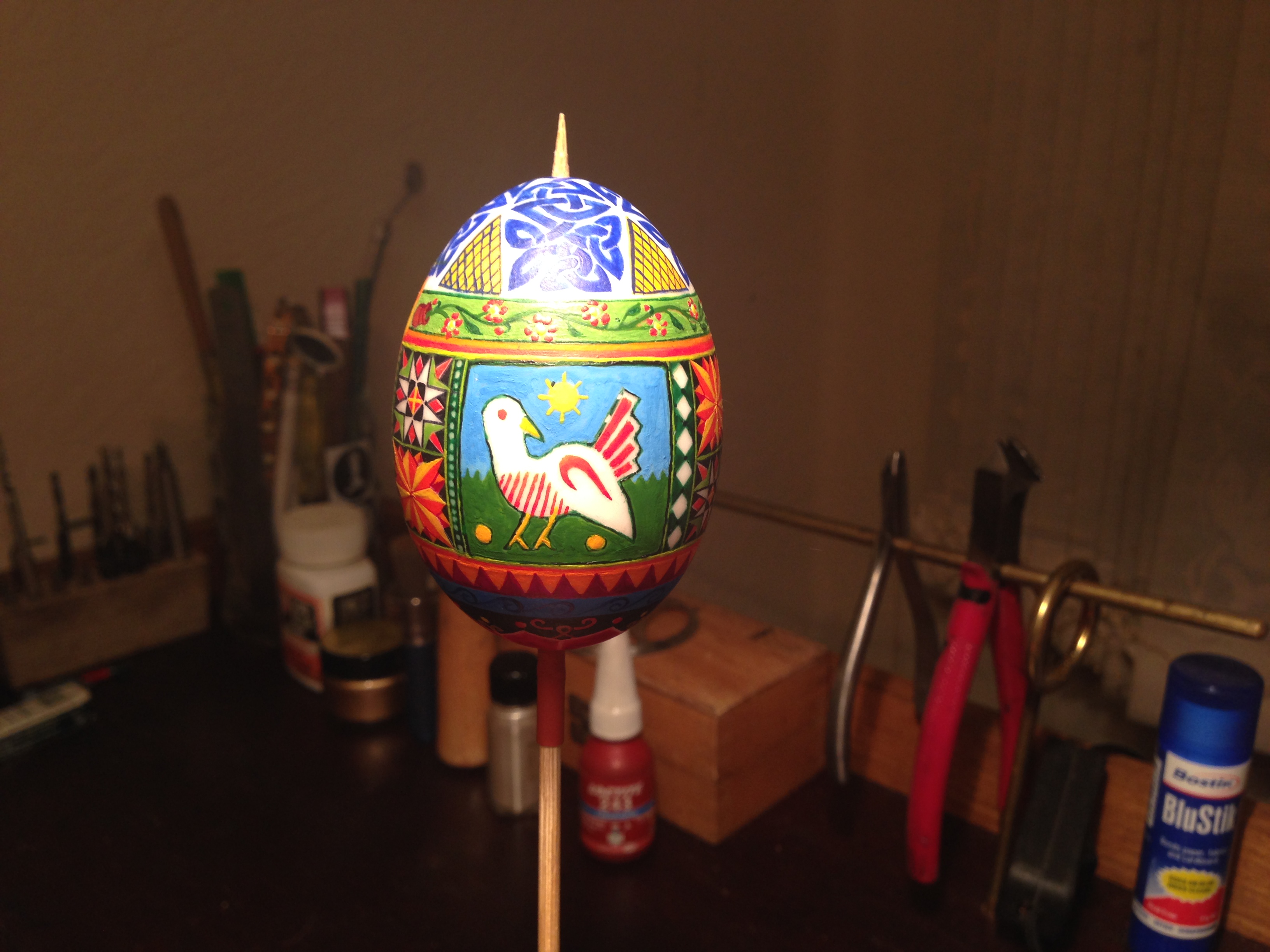 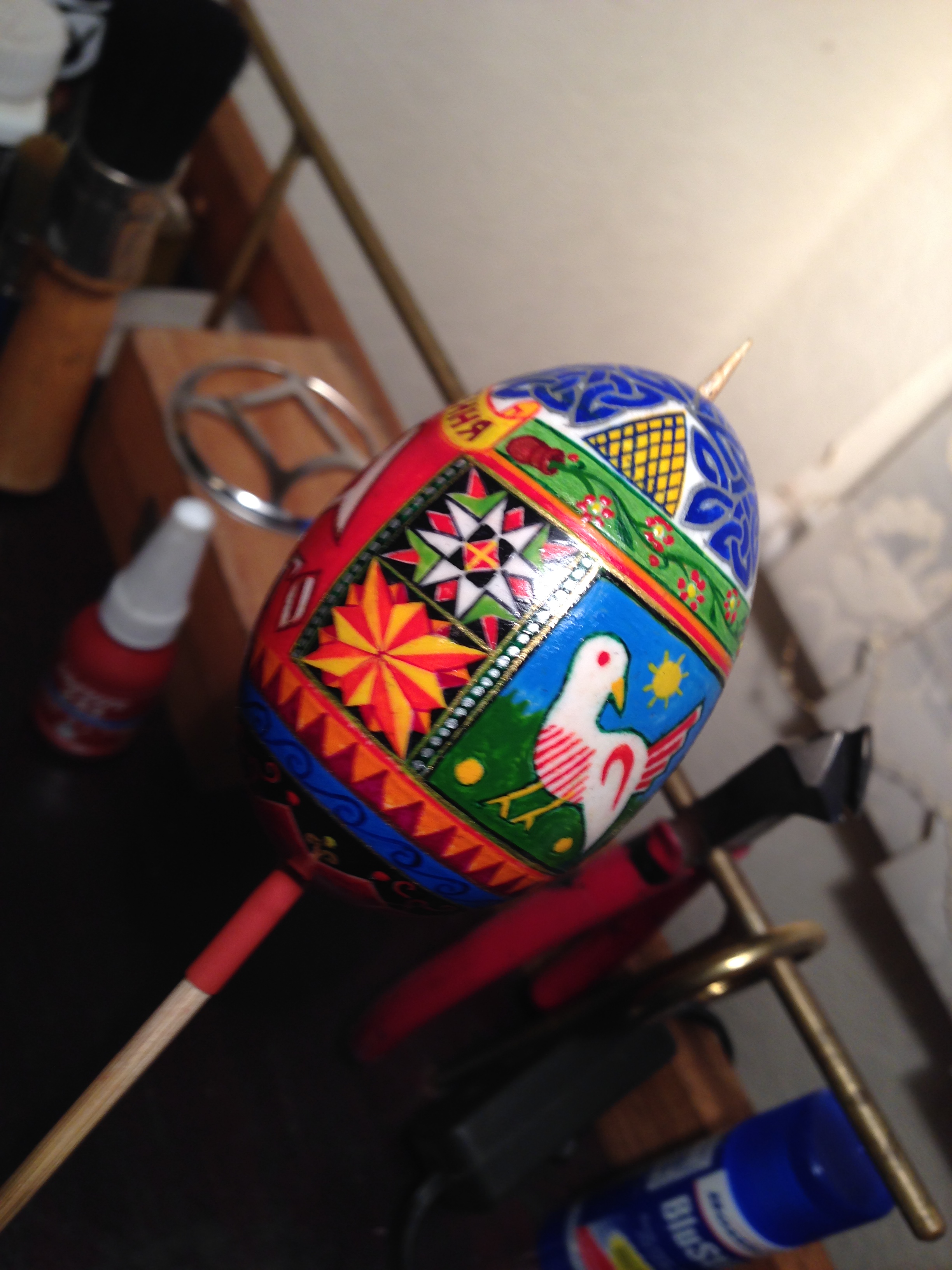 Traditional Easter Eggs (Pysanki) which we do every year in the old Slavic style with wax. I’ll do a separate blog-video on that in the future. The colours and symbols all have different meanings and offer protection from, or call to mind different religious or pagan themes; each geographical region has it’s own traditional colours and interpretations, styles and specific symbol library. 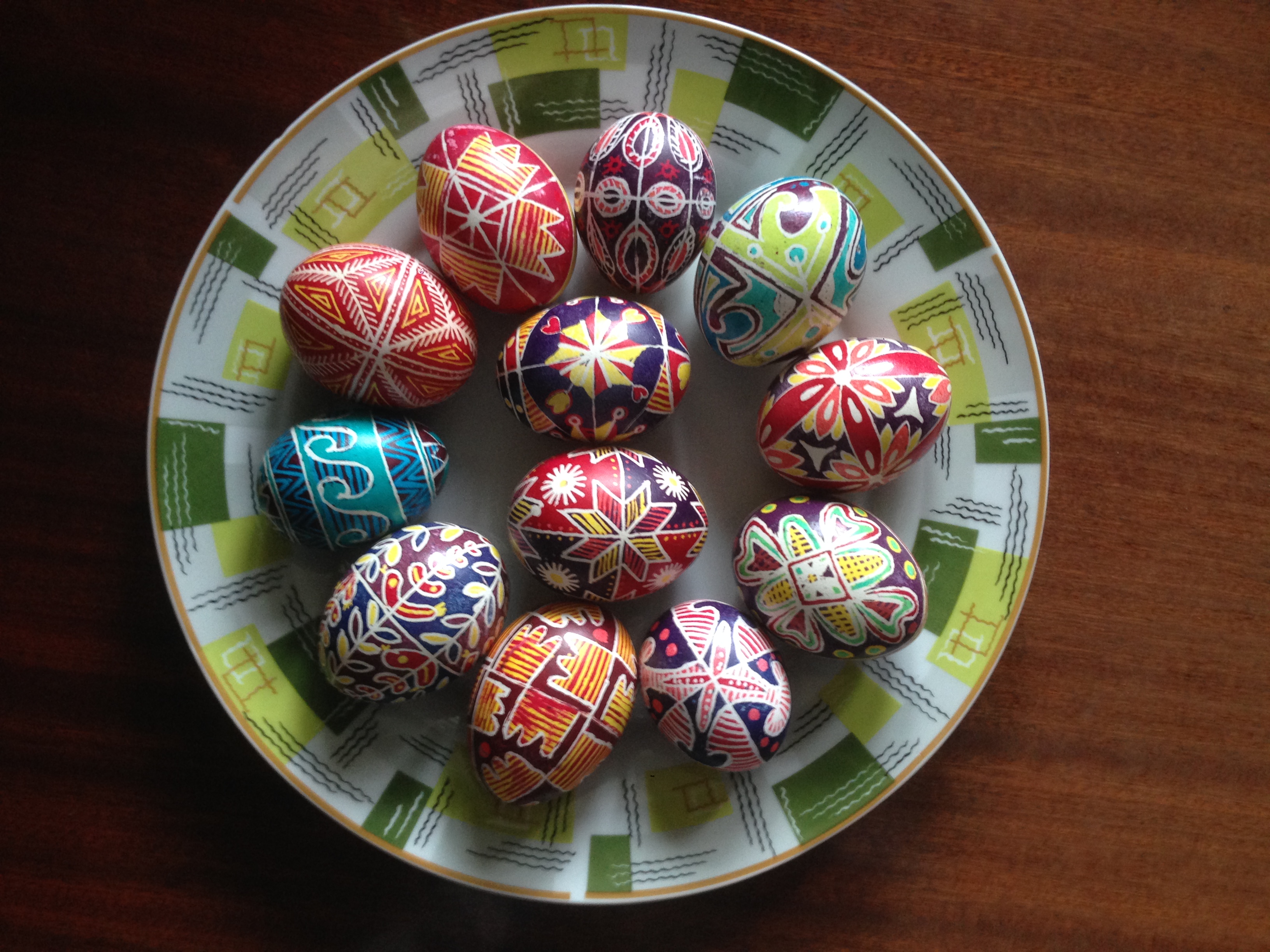 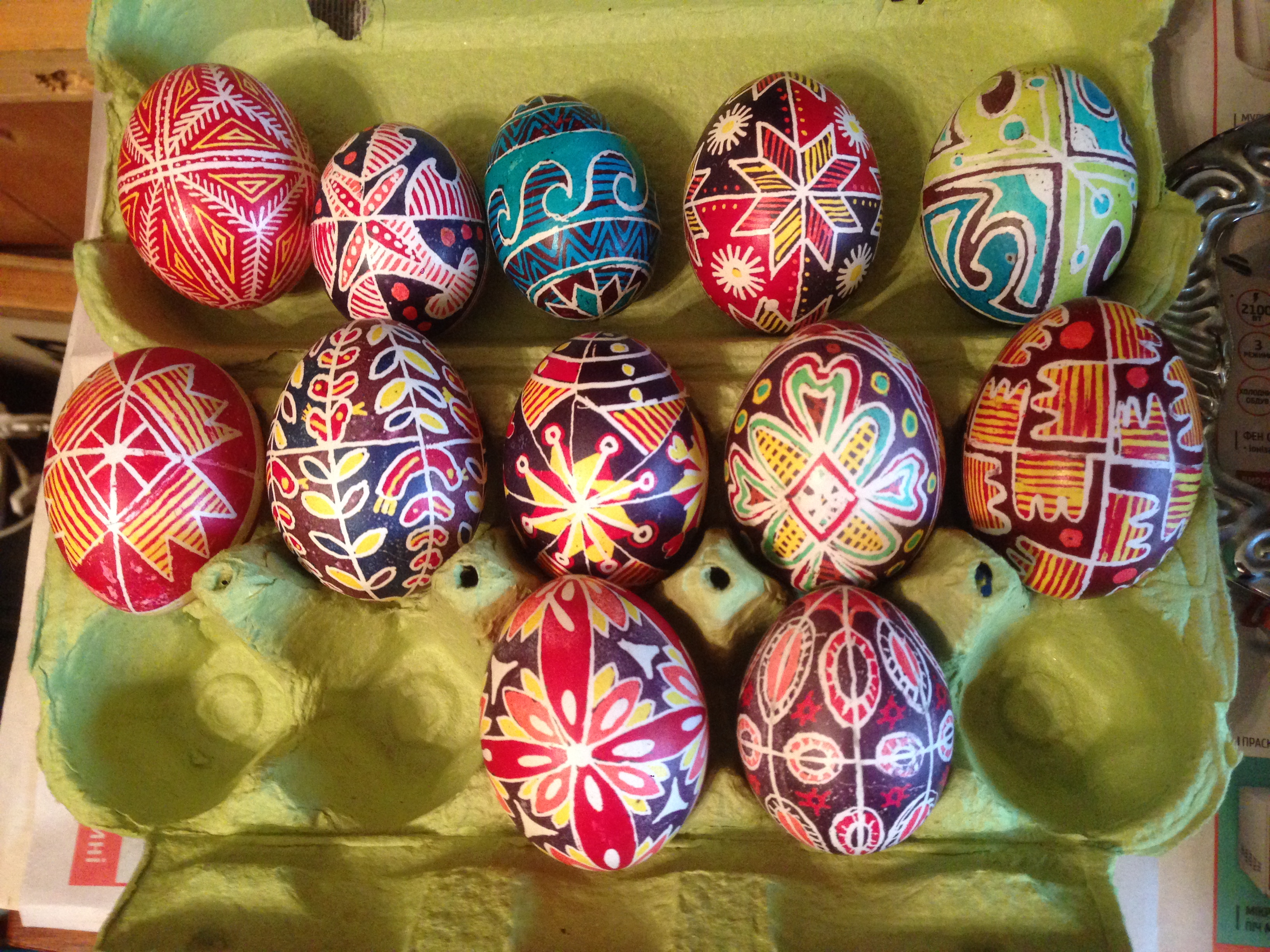 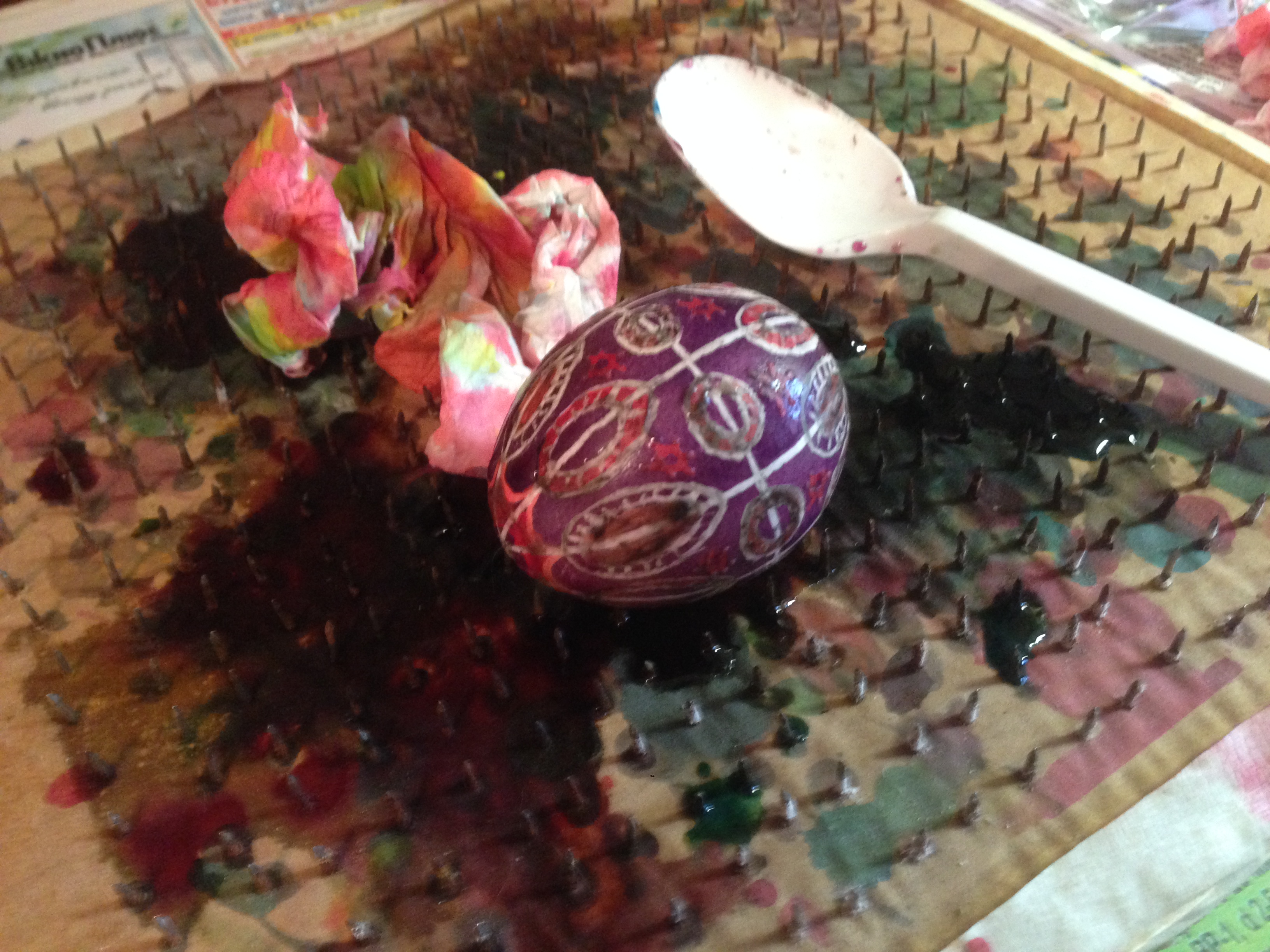 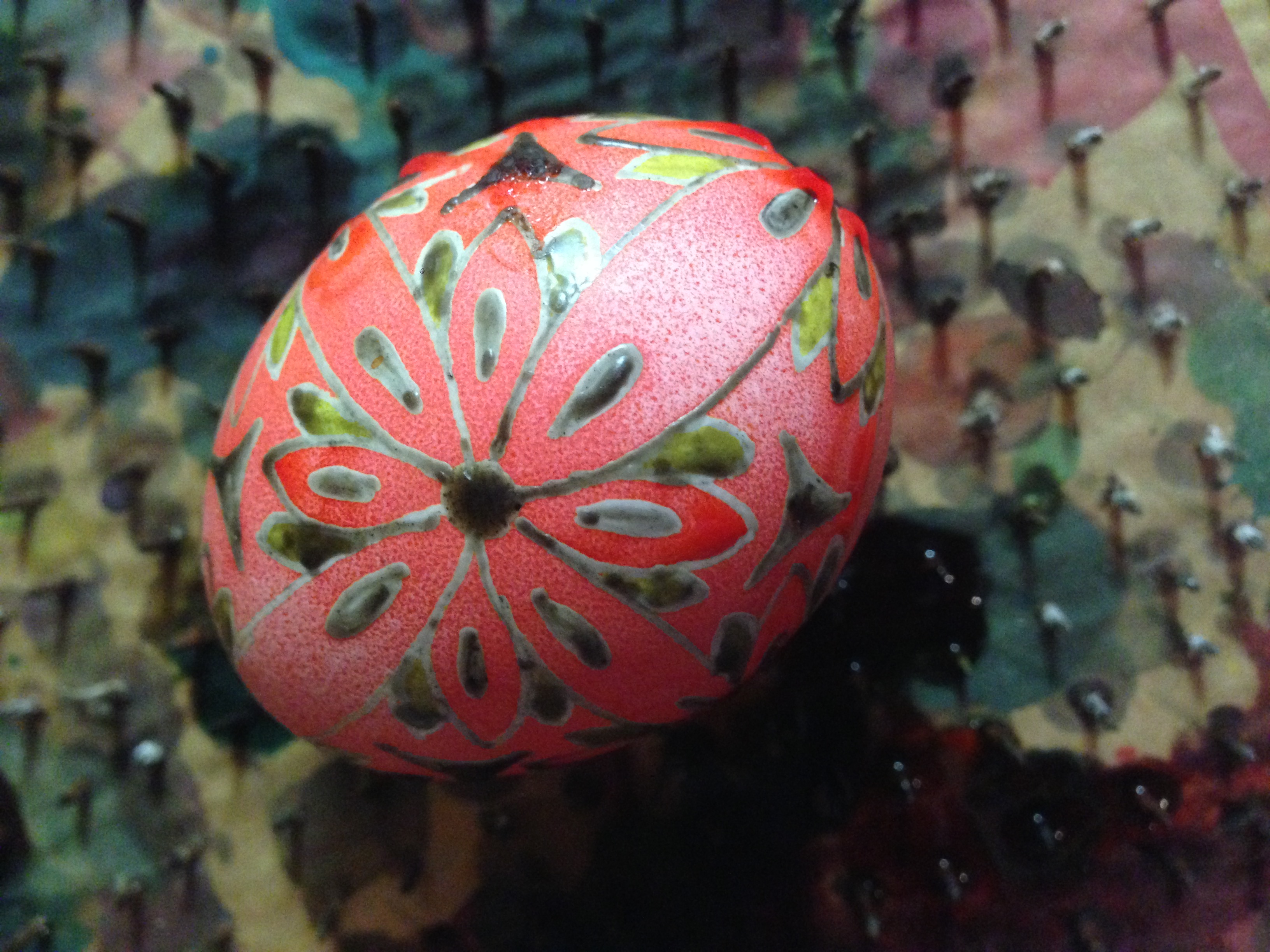 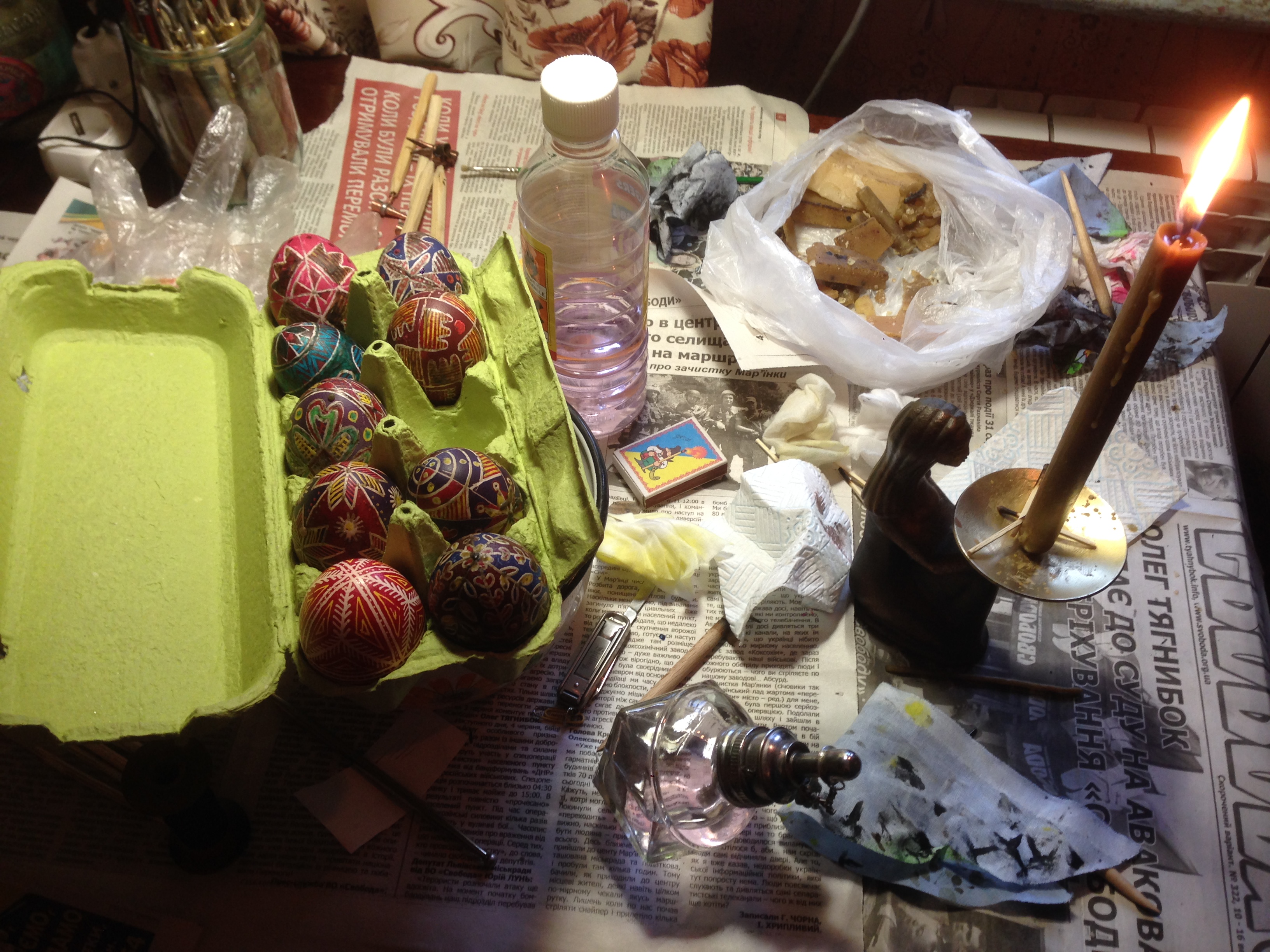